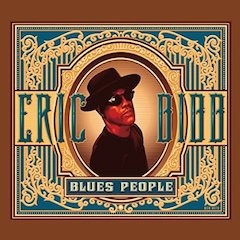 Recognizing the power of the blues community and its historical part in helping to document the abuses and instigate change, Bibb brought many of his esteemed colleagues on board to demonstrate strength that comes from these numbers: from luminaries like Taj Mahal and The Blind Boys of Alabama to newer stars like Ruthie Foster and Popa Chubby all figure into Bibb’s grand vision of making this music a conduit for positive progress, and they do it by being completely themselves. Review by S. Victor Aaron continues here…

“We feel like we are stepping out on a limb whenever we record any original pieces,” classically trained Mother Cecilia, prioress of the community, told the Catholic News Agency. “In a way it is difficult, because the hymns we write come directly from our hearts, and lending them to a larger audience always costs something.” Review/interview continues here…

Benedictines of Mary, Queen of Apostles, ‘Jesu Salvator Mundi,’ from Lent at Ephesus

I don’t want to say she was pulling our legs, but I believe there’s more to the story than she’s letting on. Review continues here…

‘Teardrops Over You,’ Rhonda Vincent, from Only Me

Keb Mo, ‘For Better or Worse,’ from BLUESAmericana

In a sense, Romantica is a reckoning with this history, as Ms. Zapponi sings everything in French or Italian, even a trio of songs associated with Nat King Cole, a muse for Ms. Zapponi’s gifted musician husband, pianist Monty Alexander, who assembled a King Cole-like trio to back his bride, with himself on piano, Hassan Shakur on acoustic bass and Kevin Kanner on drums. Here and there some outstanding guests make welcome appearances…review continues here…

On The View what might have been heard as solipsism on Gypsy Runaway Train has given way to a point of view equal parts expansive, populist, existentialist and humanistic in songs pondering the burden of memory as time marches on, along with philosophical appraisals of quotidian troubles and joys. To accomplish this they’ve not enlisted marquee bluegrass instrumentalists such as Randy Kohrs, Andy Leftwich and Justin Moses, all of whom appeared on the previous album, but rather are working with a tight, efficient trio of standout fiddler Clint White, banjo/dobro master Daniel Patrick and bassist Erik Alvar. One big name does drop in for a memorable turn, when former Blue Grass Boy/now full-time bluegrass legend Doyle Lawson checks in on “Mandolin Man,” Lee’s bustling tribute to Bill Monroe, adding a spry vocal and spirited mandolin solo to the heartfelt salute. Review continues here… The Roys also merit an honorable mention here for their terrific seasonal offering, Bluegrass Kinda Christmas, a thoughtful collection of country and bluegrass Christmas tunes of mostly recently vintage plus a couple of evergreens.

The Roys, ‘No More Lonely,’ from The View. Video posted at YouTube by Archie Shaw.

Radney Foster, ‘Whose Heart You Wreck (Ode to the Muse),’ the opening cut on Everything I Should Have Said

Hot Rize, ‘Blue is Falling,’ from When I’m Free

By 1936, the collection’s cutoff point, Thomas A. Dorsey and his associates were still trying to gain a solid foothold for their new gospel music in the African American church. While they had scored important successes by 1936, still only two gospel song publishers were active in Chicago. Thus, what the collection provides is an example of black sacred folk music recording A.D. (After Dranes) and B.D. (Before Dorsey). Review continues here…

What she has retained from the abovementioned 2011 album (which was largely devoted to the songs of the one towering muse in her musical life, Antonio Carlos Jobim, even though it also included tunes by other South American artists along with two Cuesta originals) is her guitarist and co-producer Chuck Loeb, who also occupies another important position in the artist’s life, namely as her husband. Also returning: her remarkably delicate yet deeply expressive voice, enhanced as it is by its owner’s infallible sense of dynamics and remarkably affecting phrasing. If she isn’t one of the finest singers working today, I’m a suck-egg mule. She reminds us of her preeminence repeatedly throughout the album’s dozen tracks, but it’s fitting that she hits the vocal version of a tape-measure home run on the lone entry from the pen of, yes, Antonio Carlos Jobim, “Eu Sei Que Vou Te Amar” (“I Know That I Will Love You”), an intense but restrained pledge of love… review continues here

Donna Hughes, ‘Dog On a 10 Foot Chain,’ from From the Heart and Fly

The album finds Gladys Knight singing as strong as ever and delivering the selections in her signature tear-stained voice as if they were personal prayers or testimonies. Indeed, she has said, “I vividly remember the time in my life when I felt lost, as if something was missing. I was desperately seeking answers and when I finally found the answer, I learned that it was Jesus Christ. He gave me this gift and out of obedience, I want to give Him back to the listeners.”

Kirk Franklin’s “Always,” a song of thanksgiving for Christ’s sacrifice, is the album’s showpiece. It features heartrendingly rich harmonies from the GK Chorale. “Need You Love You,” on which Knight shares writing credits with Winans and Stephan Moccio, sets the album’s whispered prayer-like tone.Where My Heart Belongs even covers the Christian high holidays. A rich, orchestral version of the Easter spiritual “Were You There,” performed with the Dr. Benjamin Wright Orchestra, is accompanied by the classical SUV Choir and stops just short of an anticipated heart-pounding crescendo. For Christmas, Knight interpolates “Sweet Little Jesus Boy” in “Happy Birthday Jesus.”  Review by Bob Marovich continues here…

Gladys Knight, ‘Always’ (written by Kirk Franklin), from Where My Heart Belongs

With all the turmoil that has hit Mali since Brothers in Bamako was released, it’s no wonder Habib chose to record Soô in his own home. But Mali’s civil strife was not what drove the musician to do his first home recording. Rather, he did it because he could. What started as a logistical decision paved the way for the album’s theme. Review and interview continues here…

The disc is a journey with, and a tribute to, those 20th-century classical composers who used music based on folk traditions in their own works. A genre-defying tour of the globe, the program on Between Worlds ranges from Dvořák, Bloch, Villa-Lobos and Piazzolla to folk dances from Bulgaria, Georgia, Romania, Spain and Cuba.

Along the way, he builds sturdy bridges between past and present; joins the old world of Europe and the new world of America in a pas de deux; and shows due reverence for all kinds of folk and popular music without trying to ingratiate himself with those worlds. Thanks to his character and personal aesthetic, the album’s different musical strands are woven together into a harmonious fabric. Classical Perspectives review continues here…

Avi Avital on the making of Between Worlds 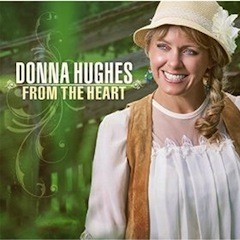