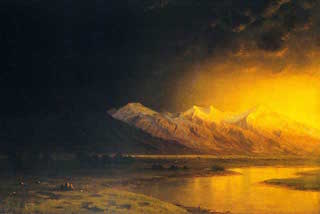 The papers brought together in this volume have, in a general way, been arranged in chronological sequence. They span a period of twenty-nine years of Muir’s life, during which they appeared as letters and articles, for the most part in publications of limited and local circulation. The Utah and Nevada sketches, and the two San Gabriel papers, were contributed, in the form of letters, to the San Francisco Evening Bulletin toward the end of the seventies. Written in the field, they preserve the freshness of the author’s first impressions of those regions. Much of the material in the chapters on Mount Shasta first took similar shape in 1874. Subsequently it was rewritten and much expanded for inclusion in Picturesque California, and the Region West of the Rocky Mountains, which Muir began to edit in 1888. In the same work appeared the description of Washington and Oregon. The charming little essay “Wild Wool” was written for the Overland Monthly in 1875. “A Geologist’s Winter Walk” is an extract from a letter to a friend, who, appreciating its fine literary quality, took the responsibility of sending it to the Overland Monthly without the author’s knowledge. The concluding chapter on “The Grand Canyon of the Colorado” was published in the Century Magazine in 1902, and exhibits Muir’s powers of description at their maturity.

Some of these papers were revised by the author during the later years of his life, and these revisions are a part of the form in which they now appear. The chapters on Mount Shasta, Oregon, and Washington will be found to contain occasional sentences and a few paragraphs that were included, more or less verbatim, in The Mountains of California and Our National Parks. Being an important part of their present context, these paragraphs could not be omitted without impairing the unity of the author’s descriptions.

The editor feels confident that this volume will meet, in every way, the high expectations of Muir’s readers. The recital of his experiences during a stormy night on the summit of Mount Shasta will take rank among the most thrilling of his records of adventure. His observations on the dead towns of Nevada, and on the Indians gathering their harvest of pine nuts, recall a phase of Western life that has left few traces in American literature. Many, too, will read with pensive interest the author’s glowing description of what was one time called the New Northwest. Almost inconceivably great have been the changes wrought in that region during the past generation. Henceforth the landscapes that Muir saw there will live in good part only in his writings, for fire, axe, plough, and gunpowder have made away with the supposedly boundless forest wildernesses and their teeming life.

Utah has just been blessed with one of the grandest storms I have ever beheld this side of the Sierra. The mountains are laden with fresh snow; wild streams are swelling and booming adown the canyons, and out in the valley of the Jordan a thousand rain-pools are gleaming in the sun.

With reference to the development of fertile storms bearing snow and rain, the greater portion of the calendar springtime of Utah has been winter. In all the upper canyons of the mountains the snow is now from five to ten feet deep or more, and most of it has fallen since March. Almost every other day during the last three weeks small local storms have been falling on the Wahsatch and Oquirrh Mountains, while the Jordan Valley remained dry and sun-filled. But on the afternoon of Thursday, the 17th ultimo, wind, rain, and snow filled the whole basin, driving wildly over valley and plain from range to range, bestowing their benefactions in most cordial and harmonious storm-measures. The oldest Saints say they have never witnessed a more violent storm of this kind since the first settlement of Zion, and while the gale from the northwest, with which the storm began, was rocking their adobe walls, uprooting trees and darkening the streets with billows of dust and sand, some of them seemed inclined to guess that the terrible phenomenon was one of the signs of the times of which their preachers are so constantly reminding them, the beginning of the outpouring of the treasured wrath of the Lord upon the Gentiles for the killing of Joseph Smith. To me it seemed a cordial outpouring of Nature’s love; but it is easy to differ with salt Latter-Days in everything—storms, wives, politics, and religion.

About an hour before the storm reached the city I was so fortunate as to be out with a friend on the banks of the Jordan enjoying the scenery. Clouds, with peculiarly restless and self-conscious gestures, were marshaling themselves along the mountain-tops, and sending out long, overlapping wings across the valley; and even where no cloud was visible, an obscuring film absorbed the sunlight, giving rise to a cold, bluish darkness. Nevertheless, distant objects along the boundaries of the landscape were revealed with wonderful distinctness in this weird, subdued, cloud-sifted light. The mountains, in particular, with the forests on their flanks, their mazy lacelike canyons, the wombs of the ancient glaciers, and their marvelous profusion of ornate sculpture, were most impressively manifest. One would fancy that a man might be clearly seen walking on the snow at a distance of twenty or thirty miles.

While we were reveling in this rare, ungarish grandeur, turning from range to range, studying the darkening sky and listening to the still small voices of the flowers at our feet, some of the denser clouds came down, crowning and wreathing the highest peaks and dropping long gray fringes whose smooth linear structure showed that snow was beginning to fall. Of these partial storms there were soon ten or twelve, arranged in two rows, while the main Jordan Valley between them lay as yet in profound calm. At 4:30 p.m. a dark brownish cloud appeared close down on the plain towards the lake, extending from the northern extremity of the Oquirrh Range in a northeasterly direction as far as the eye could reach. Its peculiar color and structure excited our attention without enabling us to decide certainly as to its character, but we were not left long in doubt, for in a few minutes it came sweeping over the valley in a wild uproar, a torrent of wind thick with sand and dust, advancing with a most majestic front, rolling and overcombing like a gigantic sea-wave. Scarcely was it in plain sight ere it was upon us, racing across the Jordan, over the city, and up the slopes of the Wahsatch, eclipsing all the landscapes in its course—the bending trees, the dust streamers, and the wild onrush of everything movable giving it an appreciable visibility that rendered it grand and inspiring.

This gale portion of the storm lasted over an hour, then down came the blessed rain and the snow all through the night and the next day, the snow and rain alternating and blending in the valley. It is long since I have seen snow coming into a city. The crystal flakes falling in the foul streets was a pitiful sight

Notwithstanding the vaunted refining influences of towns, purity of all kinds—pure hearts, pure streams, pure snow—must here be exposed to terrible trials. City Creek, coming from its high glacial fountains, enters the streets of this Mormon Zion pure as an angel, but how does it leave it? Even roses and lilies in gardens most loved are tainted with a thousand impurities as soon as they unfold. I heard Brigham Young in the Tabernacle the other day warning his people that if they did not mend their manners angels would not come into their houses, though perchance they might be sauntering by with little else to do than chat with them. Possibly there may be Salt Lake families sufficiently pure for angel society, but I was not pleased with the reception they gave the small snow angels that God sent among them the other night. Only the children hailed them with delight. The old Latter-Days seemed to shun them. I should like to see how Mr. Young, the Lake Prophet, would meet such messengers.

But to return to the storm. Toward the evening of the 18th it began to wither. The snowy skirts of the Wahsatch Mountains appeared beneath the lifting fringes of the clouds, and the sun shone out through colored windows, producing one of the most glorious after-storm effects I ever witnessed. Looking across the Jordan, the gray sagey slopes from the base of the Oquirrh Mountains were covered with a thick, plushy cloth of gold, soft and ethereal as a cloud, not merely tinted and gilded like a rock with autumn sunshine, but deeply muffled beyond recognition. Surely nothing in heaven, nor any mansion of the Lord in all his worlds, could be more gloriously carpeted. Other portions of the plain were flushed with red and purple, and all the mountains and the clouds above them were painted in corresponding loveliness. Earth and sky, round and round the entire landscape, was one ravishing revelation of color, infinitely varied and interblended.

I have seen many a glorious sunset beneath lifting storm clouds on the mountains, but nothing comparable with this. I felt as if new-arrived in some other far-off world. The mountains, the plains, the sky, all seemed new. Other experiences seemed but to have prepared me for this, as souls are prepared for heaven. To describe the colors on a single mountain would, if it were possible at all, require many a volume—purples, and yellows, and delicious pearly grays divinely toned and interblended, and so richly put on one seemed to be looking down through the ground as through a sky. The disbanding clouds lingered lovingly about the mountains, filling the canyons like tinted wool, rising and drooping around the topmost peaks, fondling their rugged bases, or, sailing alongside, trailed their lustrous fringes through the pines as if taking a last view of their accomplished work. Then came darkness, and the glorious day was done.

This afternoon the Utah mountains and valleys seem to belong to our own very world again. They are covered with common sunshine. Down here on the banks of the Jordan, larks and redwings are swinging on the rushes; the balmy air is instinct with immortal life; the wild flowers, the grass, and the farmers’ grain are fresh as if, like the snow, they had come out of heaven, and the last of the angel clouds are fleeing from the mountains.

And if you don’t have time to read this essay, here’s the audio version, read by John Dennison: 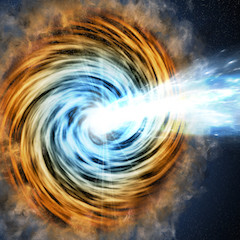