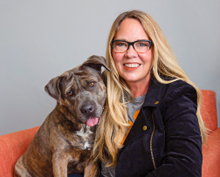 “Accidental,” in that, as a college student, Castle had mapped out an academic and career path that did not include Best Friends–heck, she hadn’t even heard of the Kanab, Utah, operation before she wandered into it.

“When I first arrived at the sanctuary, 25 years ago now,” Castle recalled in a July Talking Animals interview, “I was on my way to law school, to the University of Virginia law school. Two weeks away. I was coming back from a trip to Mexico with my friends, and we knew it was sort of our last shebang before we entered graduate school. And I pulled into this magnificent red rock canyon, and it just changed my entire life. I called my dad and I said, ‘Hey, Dad, I’m not going to law school. I am moving to Kanab, Utah, and I’m going to work for nothing wages, and I’m going to work for the animals.’ ”

Dad’s reaction was to this news was, shall we say, chilly. Castle says it took him about a decade to get over her career curveball. She acknowledges that a quarter century ago, Best Friends didn’t look much like an entity that would entice a bright college grad and aspiring law student to dump her plans.

“I think back then, we were a really, super small organization,” she said.  “And when the organization was founded, I don’t think the founders had any idea that–they weren’t setting out to create this national movement.  And the thing that was interesting about it is that what’s evolved is a national movement, the no-kill movement. And I think about just all the progress that’s been made since the founding, and what incredible vision they had, to be able to put that stake in the ground.”

It certainly wasn’t the glimmering glamour of the joint, or her tasks there, that seduced her. “It was hand-to-mouth when I arrived,” Castle said. “I’d show up to the Welcome Center and get my job assignment. And it was like, ‘Hey, this fence needs to be repaired. Try and fix the transmission on this truck. Install the sprinkler system.’

“The interesting thing,” Castle continued, “as you talk to so many people that arrive here, that come to visit, that come to volunteer, and they all say the same thing. They all say, ‘This place has changed my life.’ And I think it’s the setting, it’s the magic of the canyon. But it’s also the purpose of the work, because it is such noble work. You’re really helping animals that can’t help themselves, and there’s something just really, deeply rewarding about that.”

If you’re thinking that Castle is projecting something akin to evangelical fervor, you’re reading her loud and clear. And one appreciates seeing that kind of institutional ardor in a CEO, especially one who’s been with the organization for 25 years, becoming thoroughly conversant with it. “I was joking around the other day that I’ve worked in pretty much every single job in the organization, except for in our accounting department.

“And so it’s given me this really unusual–and I’m humbled by it–30,000-foot view of our organization, but also of animal welfare and a lot of the different personalities.”

But more than just being steeped in the mechanics of Best Friends and the sweeping animal welfare landscape, Castle clearly has singular leadership talents and objectives; she reflects a heavy mettle that seeks not just to shape Best Friends, but also cultivate a seismic shift in animal shelters across the country. Not just some shelters, mind you. Not even most shelters. But all shelters nationwide.

I’m referring to “No-Kill 2025,” a campaign by which Best Friends aims for every animal shelter to embrace a “no kill” policy by 2025. That’s a wildly ambitious goal, notwithstanding that “no kill” can seem like a fuzzy term, with a slightly elastic definition. So I asked her exactly what she means by “no kill,” particularly in the context of “No-Kill 2025.”

“For us, no kill is a benchmark,” Castle said. “At some point, we decided to take a very business-minded approach to solving this problem, and part of that meant establishing a national ‘save rate,’ a national benchmark, which we came to at 90 percent. So that means that the way that we measure this is noses in and noses out–all the noses that go into a shelter and all the noses that go out. And that’s total number. None of them are missed. None of them are not counted. And so we know that of all of the animals to enter an animal shelter, roughly 10 percent are too far gone medically or behaviorally, on average. And so we’ve established that benchmark for every single shelter, of 90 percent…and saving all the animals that can be saved and can be treated. So, if an animal needs to be humanely euthanized, we’re all for that.”

OK, got it. But how did you arrive at implementing this by 2025? Relatively speaking, that’s right around the corner.

“So when we were looking at this problem and sort of dissecting the country,” she said, “we did all this projection, data projection, S-Curve modeling, a lot of that kind of stuff. And what we came up with was that we felt like the path that we were on, we were going to get to a no-kill nation by 2030. And I just thought, ‘Man, that sounds so far away.’ This was back in 2015. And so, at our national conference that we host every year, I’m like ‘You know what? I’m going to put a stake in the ground that moves the deadline up five years.’ And I did. People were, like, ‘Wait, what? I thought it was 2030.’ ”

Can you imagine attending that Best Friends conference, but having stepped out of the room to take a call right when Castle announced her expedited deadline for the country to go no kill?

That attendee, returning to seat: “Did I miss anything?”

“The fascinating thing that happened,” Castle remembered, “is it really lit a fire under everybody. Back then–you think how advanced our society is now–nobody knew how many shelters there were in America. Nobody knew how many animals were dying in those shelters.

In May 2020, as the Covid pandemic was ravaging the country, Julie Castle delivered this message on reimagining the future for homeless pets. ‘The COVID-19 crisis does not offer much in the way of silver linings. But the generations alive today are being given the opportunity to reinvent and rebuild the kind of country we want to live in. We should recognize this moment as a second chance to choose kindness and compassion instead of going back to business as usual. Taking better care of ourselves, our neighbors, the animals of the earth and the natural world is the right place to start.’ Posted at YouTube by Best Friends Animal Society.

“Nobody had a database [indicating] how many animals were dying every single day. So we went county by county across the country to gather all of the national data. And we put it into this interactive dashboard that you can find” on the Best Friends website. You can access the dashboard here.

One of the traits that’s really striking about the Best Friends campaign is that a number of organizations, small and large, issue messaging about no-kill, highlighting its importance and the different steps that can be taken to reach that status. But it’s exceedingly rare for an organization to commit to a deadline to achieve no-kill, even within its own facility, much less a national effort encompassing all shelters, everywhere.

Anyone who’s willing to bet against Castle and her Best Friends colleagues rallying all the necessary troops and otherwise succeeding with “No-Kill 2025” probably hasn’t been paying attention to the organization’s longstanding track record of success.

“For me,” she said, “the thing that gets me up out of bed every day, and excited every morning, is: How often is it that you can be part of something where you’re actually, in your lifetime, creating societal change? This is that.”

Follow this link to listen to the Julie Castle interview on this edition of Talking Animals. 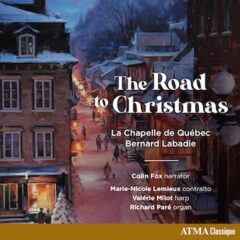 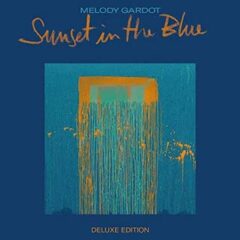