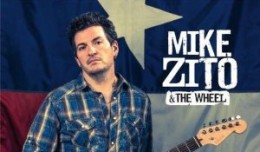 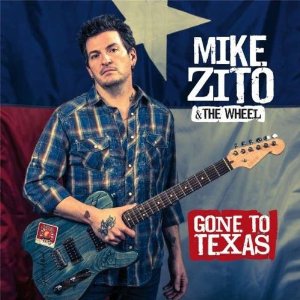 Few artists have battled demons as savage as Mike Zito’s once were and lived to tell the tale. He’s never tried to hide what we went through–which was not so long ago, mind you–and how he crept to the edge of the abyss before the abyss looked back and jolted him into sobriety. On his intense new solo album, Gone to Texas, his first for Ruf Records (heretofore, for Ruf, he had produced the Girls with Guitars project [see the June 2011 issue of TheBluegrassSpecial.com] and Samantha Fish’s impressive debut [see the September 2011 issue of TheBluegrassSpecial.com]), he amply rewards the label and the fans that have stuck with him with arguably his best work yet and unquestionably his most personal.  It’s hard to imagine him delivering anything stronger or more bluntly confessional than the galvanizing performances here. With this, Zito hits the trifecta:  in 2011 he emerged triumphant on his third solo album, Greyhound (see the October 2011 issue of TheBluegrassSpecial.com), and last year he, Devon Allman, Cyril Neville, Yonrico Scott and Charlie Wooten banded together as the Royal Southern Brotherhood and introduced themselves with one of the best albums of 2012 (see Deep Roots, September 7, 2012). Good as those were, Gone to Texas’s manifold strengths elevate it to a higher plane of spiritual quest. Its close-to-the-bone feel; his band The Wheel’s empathetic support; Zito’s effortless command of the blues and blues-rock idioms he employs; the conviction in his rough-hewn vocals; the frank, unvarnished portrait he paints of himself in his weakest hours–when paranoia creeps in, death wishes abound and a general feeling of inertia if not outright uselessness takes hold of him are the components of a masterwork.

Mike Zito & The Wheel, the title track from Gone to Texas

The title is key. It was to the Lone Star State that Zito, a St. Louis, MO, native, retreated in an effort to put body and soul back together, “where I confronted my problems and made a change that has saved my life. I met a woman who lived in Texas years before and was spiritually drawn to her. She has stood by my side through it all and has given me the love and support I needed to stand on my own two feet,” he writes in his liner notes. And so the album begins with “Gone to Texas,” announcing itself with a wash of Zito’s slide guitar and Jimmy Carpenter’s heraldic saxophone before Zito slides in with that gritty voice and declares he’s Texas bound, where he’s “gonna start my life again/Gonna get down in the Lone Star/Wash away my sins.” Susan Cowsill joins him on a soaring chorus before the music falls away, leaving Zito to solemnly proclaim he’s “seen the glory, one step at a time” and now it’s all “hope and redemption and a sky as big as God.”

Maybe before anyone gets the wrong impression it would be useful to point out how Gone to Texas does contain a fair share of humor or lighter-hearted fare mixed in with its searing personal narratives. Little Feat fans will immediately recognize the second tune’s greasy groove, “Rainbow Bridge,” and celebratory chorus, on a cut enhanced by Sonny Landreth’s hot-blooded slide and Cowsill’s emphatic backing vocals. The narrative centers on the singer’s arrival in Louisiana after an all-night drive and his delight in anticipating the comforts of his bed looming just ahead–it’s as simple as that, an expression of pure joy at getting to where he was bound and settling in for some rejuvenating sack time. The fuzzed-out  “Don’t Think Cause You’re Pretty,” a caustic put-down of a gal who thinks she’s all that, fades in in progress and might trick some listeners into thinking Zito’s covering T-Rex’s “Hot Love” until the guitarist takes it into slide overdrive midway through in fashioning a fierce, darting solo over the thumping rhythm. Bad luck with women does, in fact, inspire a few other tunes. Notable among these is “Don’t Break a Leg,” a tasty bit of southern funk with a cool B3 backdrop courtesy Lewis Stephens and some punchy sax work courtesy Campbell. In the song Zito worries that his woman is making a Federal case of something he said offhandedly  (“don’t be acting the fool over something silly I said,” he implores, after pleading, “don’t break a leg trying to jump out of my bed”); at the end, after more sputtering fireworks from Carpenter’s sax, Zito promises “I’m going to try to be more sensitive,” providing the female of the pair would “try and be more sensuous.” Even better is the saucy “Subtraction Blues,” a loosey-goosey guitar-driven workout that finds our man bamboozled by the mathematics of a relationship, noting: “I got the subtraction blues/when she leaves, she takes a little piece of me too…” and “I cannot conquer. I cannot divide.”

Behind Gone to Texas, an interview with Mike Zito, Part 1

Behind Gone to Texas, an interview with Mike Zito, Part 2

You have to tip your hat to Zito for realizing the necessity of the abovementioned songs, because elsewhere grim doings unfold. The dark blues of “I Never Knew a Hurricane” (a co-write with his Royal Southern Brotherhood cohort Cyril Neville) features one of the most emotional vocals on the disc–with, again, a plaintive harmony assist from Cowsill, who seems to make every record she appears on that much better–as he systematically unloads on a faithless lover with warm-hearted sentiments such as: “Your leaving me is a special hurt/you made me feel like crying, you made me feel like dirt/you created a storm inside my heart/like the waves crashing down, you tore me apart.” Arguably the album’s finest moment comes on Delbert McClinton’s Otis Redding-like blues ballad “Take It Easy,” a spiritual kin to “These Arms of Mine,” but with a major difference in being a man cautioning a woman against moving too fast and assuming too much too soon–“…expecting of someone is quick to be taking its toll,” Zito moans, “and if you’re not careful you’ll wake up lonely and old.” Stephens sets the tone with his piano work, playing with a solemnity worthy of a church service, before Carpenter takes it back to the street with a howling, wounded sax solo that is the fire to Zito’s plaintive but measured singing.

Before Zito slips into the album’s powerful last act, he takes a moment to rock and stomp with Delbert McClinton–amazing how much the two sound alike these days–on “The Road Never Ends” (a co-write with another RSB bandmate, Devon Allman), a fierce Texas roadhouse set-to in which two veterans of the highway tell it as it is about the draining regimen real working musicians endure in going from town to town, day to day, club to club, bringing music to the people, and trying to make a buck (sometimes they make exactly that, or less). Over a roaring mix of slide guitars and pounding percussion, the two trade verses describing their wearying, endless routine and the trap that’s ensnared them: “It’s too late now, what else would I do?/when I’m home I miss the road and on the road I’m missing you/the road never ends, it just goes on and on/by the time I get home I’m already gone.”.

From Gone to Texas, a live version of Delbert McClinton’s ‘Take It Easy. Mike Zito & The Wheel at the Gas Lamp, Des Moines, IA, March 23, 2013

Beginning with track 10, following the amusements of “Subtraction Blues,” the rubber meets the road. “Hell on Me,” a pounding Texas blues with snarling guitar and honking sax, for all its energy seems to describe Zito’s descent into drug addiction, with lyrics such as “It started with a spark, blew into a blaze/trying to fight this curse, but I got lost in a maze/and now I’m underground living like a slave/this shit is my shit, I’m diggin’ my own grave/as far as I can see I got that hell on me.” Interestingly, given the album’s Texas-centric nature, Zito cuts out on an electrifying solo midway through that summons the spirit of Stevie Ray Vaughan, who famously fought and conquered his own drug demons. This leads us into a spare, spooky, guitar-sax-B3 dominated rumination, “Voices in Dallas,” that takes us inside the addict’s fevered imagination, into the paranoia of hearing voices “telling me I’m all alone,” after Zito makes clear how far he’s fallen: “The room it starts spinning/down in Lower Greenville/I got half a bag of blow and  a handful of pills/the room starts spinnin’ and I don’t think I’m gonna make it home.”

From Gone to Texas, a live version of ‘Subtraction Blues,’ Mike Zito & The Wheel at Don Odell’s Legends in Palmer, MA.

And then, sudden as that, redemption, expressed in the beautiful, driving pulse of “Wings of Freedom.” With the band rocking out and his slide screaming, Zito admits “the cocaine got the best of me and the liquor made it worse,” but with Cowsill joining him, he makes the fateful choice all addicts must make. Two voices aloft sing in exultation, “On these wings of freedom/that’s how I learned to fly/when your last choice in life is living/you take some steps or you live to die.” In a touching grace note, the last verse finds Zito fervently hoping those “on the streets make it home inside the room/before it’s just too damn late.” They exit rocking, gloriously so, in a perfect setup for Zito’s closing benediction, a stark but uplifting guitar-and-vocal take on Blind Willie Johnson’s powerful salvation song, “Let Your Light Shine On Me,” a chronicle of his religious conversion in the wake of life saving grace: “Well my Lord he has done just what he said…he healed up the sick and rise up the dead, let your light from the lighthouse shine on me…the angels up in heaven done wrote down my name.” 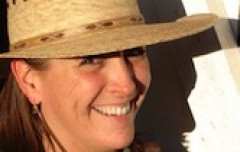 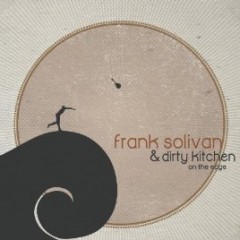 The Presence of ‘Being’ in Every Note…