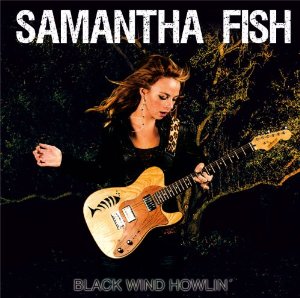 Many are the noteworthy attributes to consider in discussing Samantha Fish’s sophomore effort, Black Wind Howlin’, one of which, not by any means the least important, is her sidestepping the second album jinx by tackling every song with near-frightening intensity. The first sound we hear on the album opening firestorm titled “Miles to Go” is drummer Yonrico Scott’s rat-a-tat-tat volley preceding a mercilessly slashing guitar onslaught, a razor-edged attack on a track redolent with ZZ Top-like fury. When Ms. Fish enters vocally, listeners familiar with her debut album (which was the main topic of conversation in one of the first in-depth profiles of her, published in TheBluegrassSpecial.com’s September 2011 issue) will notice immediately the degree to which, only two years after her debut, her voice is not only stronger but more assured, and more colorful. This turns out to be true of her every performance—impressive, to say the least. Over the course of a dozen songs, she ranges from raging (the lacerating kissoff appropriately titled “Go to Hell,” on which she trades seething, unsympathetic verses with an equally fuming Paul Thorn in between wild outbursts of howling guitar) to swaggering and impatient in the stomping “Kick Around” (being about a woman feeling stifled by her partner’s lack of zest for life) to wounded but unbowed (even when she sings “I’m the causin’ of it all”) on Howlin’ Wolf’s roiling “Who’s Been Talking” (which also features Johnny Sansone’s thick, moaning harp as a second abject voice shadowing Fish’s) to sweet and empathetic in the touching album closer, the acoustic-based “Last September,” a soothing country ballad of reconciliation made all the more affecting by the tenderness in Fish’s nuanced phrasing in an arrangement further enhanced atmospherically by Bo Thomas’s backwoods fiddling.

Samantha Fish (and Royal Southern Brotherhood bassist Charlie Wooton, who plays on the album) discusses Black Wind Howlin’: ‘To me it’s more me than the last record…’

The other aspect of Ms. Fish’s artist needing to be reckoned with is her guitar work. Anyone who has seen her live knows she’s not about just standing there looking good while others do all the work. More to the point, she can handle her instrument pretty well right now, and she works hard to get better at it. This is a young woman, now 25, who has been fronting her own bands since she was 18 and never asking for any concessions based on her gender. In the 2011 BluegrassSpecial.com interview, she admitted being a girl playing the blues was a novelty in her early years, but added: “I’ve always wanted to be up to the same caliber and held to the same standard as the boys were. Some people, immediately because you’re a girl, don’t take you seriously and they don’t think you have chops. So I was fighting that and wanting to get to the level where I was seriously contending with the boys.” You’d have to say she’s only getting better, as almost every cut on Black Wind Howlin’ has some notable electric guitar contributions going on. The X factor is producer Mike Zito, an ace guitarist who has had a very big year-plus, what with his roles in Royal Southern Brotherhood, in his own solo career (which yielded a former Deep Roots Album of the Week pick this past July via his intensely personal Gone to Texas CD) and in producing other artists for the Ruf label. That’s Zito playing the driving lead guitar on “Kick Around,” but the liner notes also credit him with lending his “skills throughout on backup vocals and guitar.” So it’s not clear if he went in and cleaned up any of Ms. Fish’s guitar work at points, but regardless, it all works, from the crunch of “Sucker Born”; the rich acoustic, electric and slide guitars supporting her soulful exultations of “Over You,” the multi-textured hallelujah of a woman finally free of a toxic relationship; the thick, malevolent sorties stalking her throughout “Lay It Down (Saturday Night),” a steamroller blues chronicling a night among sketchy characters in a bar with a hint of violence pervading the atmosphere; and the incessant crunch animating her brutal kissoff of a faithless beau, “Heartbreaker”—this is a mix of tried-and-true blues and blues-rock strategies and original variations on same, all serving the purpose of advancing each tune’s dramatic arc.

About those dramatic arcs, it also appears our gal has been out there in the world a bit in the past couple of years, far beyond her stomping grounds in the Kansas City area and Midwest in general. She doesn’t try to hide the weariness inherent in the troubadour’s life, opening the album, in “Miles to Go,” singing warily of “12 hours to Reno, 10 hours til the next show…Got mouths to feed, my word to keep/on the run with miles to go”; later, in “Sucker Born” she confides, “Vegas left me weary, LA bled me dry/skating on fumes as I crossed the Nevada line,” before going on to admit having no more luck at love than others do at the gaming tables. Time and again her characters are tired, worn out physically and spiritually from dealing with each other and the outside world to boot. As well, she details some frightful scenarios you really don’t expect a 25-year-old (or younger) woman to have experienced: did she literally have “a pistol on my side” while playing gin and card with a fellow she says she’ll shoot (“give it to him right”) if pulls a fast one? Is that her, out there on the highway with the pedal to the metal, hoping the police don’t catch sight of her (as in “Miles to Go”)? Add up the number of guys that have done her wrong on this album and she out-Taylors Taylor Swift in the love ‘em and leave ’em department. More likely, though, what we’re witnessing is Samantha Fish really becoming a writer, taking the raw materials of experience (hers, others’ and maybe what she’s gleaned from literature or other arts) and applied her imagination to shape into meaningful songs. It wouldn’t be all that different from what one of her favorite role-model artists, Tom Waits, has done. His “Small Change” began with him stumbling upon the scene of a robbery-murder and wondering about the circumstances that led to a young man winding up dead “on an old linoleum floor” with a gumball machine as his headstone.

Apart from these speculations, we know as surely as she does that Samantha Fish is a work in progress. Black Wind Howlin’ lives up to its title in advancing some harrowing narratives in heated blues-rock surroundings. Beyond that, its many strengths, the unqualified sense it leaves of an artist taking nothing for granted, tells us she’s kept the vow she made in the 2011 interview cited above, to wit: “I’m a workhorse,” she said back then. “I’m going to work my butt off. That’s when you learn, when you’re out on the road.” 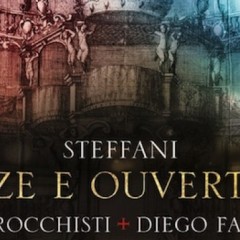 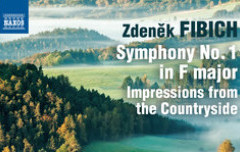