“I know we are at the 11th hour, but selling this massacre site and using the victims as a selling pitch is, for lack of a better word, it’s grotesque, To use the murdered children, the murdered teenagers, the unborn, women screaming and running for their lives, using that as a selling pitch … that has got to be the most barbaric thing ever to use as a selling pitch.” –Nathan Blindman, 56, whose grandfather was 10 when he survived the massacre. See related story, “South Dakotan Demands Millions From Sioux Tribe For Wounded Knee Property,”at Mint Press News.

Johnny Depp is nowhere in sight (see report in Native American News in Deep Roots). A couple of deadlines have come and gone. The man who owns the land on which the Wounded Knee massacre took place is becoming increasingly belligerent towards the Sioux tribe. The tribal leaders are becoming more resolute in their opposition to Jim Czywczysnki’s attempt to sell what they consider to be sacred land.

The sale of Wounded Knee (and another 40-acre tract of land at Porcupine Butte) is at a standstill. Czywczysnki how has set a deadline of October1 for an end to the official public bidding on his property. If a bid doesn’t match his asking price, he’ll authorize a public auction of the property.

In a September 16 report on the the Czywczysnki-Sioux stalemate Native Sun News managing editor Brandon Ecoffey clarified where each side stood:

Earlier this summer Oglala Sioux Tribal President Bryan Brewer and several descendants of the Wounded Knee massacre met with Czywczysnki in the Native Sun News offices in Rapid City where the President said that he did have several investors who were waiting for the tribe to give them the go ahead to purchase the land for the asking price of $4.9 million. Brewer would add a stipulation that he would only do so if Czywczysnki would donate half of his profit back to the tribe for the construction of a cultural center at the site. Czywczysnki did not accept the offer however and chose to move forward with the sale.

There had been some confusion about the deadlines that Czywczysnki had set however he clarified this newest deadline to NSN. “The original May 1 first deadline was for the tribe itself to purchase the land. It has always been my intention for them to own it. The second deadline of September 1 was for a group associated with the tribe to step forth on their behalf and now I see that the tribe has not taken the steps necessary to purchase the land and I am now offering it up to the global market,” he said. “If the tribe wants to come forward and get it they still can but they are now competing with other interested parties and if a deal isn’t finalized it will be put up in a live auction.”

President Brewer said that the tribe and the descendants had given their offer to Czywczysnki.

“It was an opportunity for him to sell the land and walk away with a lot of money and a way for us to get the museum and cultural center built. The tribe doesn’t have the money to build something like that. It was a situation where everyone could have walked away with something,” said President Brewer. In a recent radio interview Brewer said that it would be incredibly difficult for anyone to develop the land because it is surrounded by tribal land but Czywczysnki disputes this saying that the land is accessible from the highway.

Ecoffey’s story, published online at Indianz.com generated a reader comment for the ages when it was reprinted at the Indian Country website. It should give pause to anyone on the wrong side of history in this matter. Written by a young woman who identifies herself only as fasthorselakota, it needs no further introduction.

I am an Oglala Lakota and this is my land.

Your comments mean nothing to me. Your heart is small and you are spiritually lost to say such things to a suffering people.

Do you not realize that it does not matter who buys it? The land is haunted by the elders, and the purchaser will find no peace there. History has shown ongoing conflict with this land when white people come. That is why Czywczynski has met with misfortune and wants to sell at such a high price.

It is not a living person removing Czywczynski or to remove the new purchaser. It will be no person or paperwork they can see. It will be the elders that continue to rise from the graves….warriors once again….to remove them until it is given back to us. They are determined not to lose the fight again. In the meantime, our land surrounds our elders like a warm blanket until it is returned.

“One does not sell the land people walk on.”– Crazy Horse, Oglala Lakota

“The Cherokee Nation is playing a significant role in creating new green jobs and expects to play a key role in Oklahoma’s emerging wind energy industry,” said Principal Chief Bill John Baker. “The Cherokee Nation is committed to growing the Oklahoma economy, helping reduce the nation’s dependence on foreign oil and creating sustainable jobs for our people in the renewable energy sector.”

The Cherokee Nation Tribal Council voted 14-2 to enter into the project that is estimated to generate $16 million over the next 20 years. Development of the 90-turbine wind farm will start immediately on 3,000 acres of the tribe’s Chilocco property in Kay County, site of a former Indian boarding school.

“The Cherokee Nation has an opportunity to be a leader among Indian nations in renewable energy,” said Deputy Speaker Chuck Hoskin Jr. “The tribe will be able to utilize an underutilized resource. We talk a lot about protecting our environment and conserving our resources, so this is a prime opportunity to put words into action.”

The wind farm would provide 153 megawatts of power to the southwest grid region for homes, businesses and farms.

“This is the largest wind farm on tribal land in the U.S.,” said Ellen Wesley, director of PNE Wind USA Inc. “The Cherokee Nation will own half of the project, which is significant because usually they are private owners. We’re thrilled to have the Cherokees as a partner in this endeavor. It’s a win for the land and the people.”

Chilocco was ideal because of its wind resources, and environmental studies show it will not curtail the migratory bird population. The entire Chilocco wind farm will encompass 6,000 acres, with four other tribes jointly overseeing 45 turbines on their 3,000-acre half.

WASHINGTON (AP)–Wind energy facilities have killed at least 67 golden and bald eagles in the past five years, but the figure could be much higher, according to a new scientific study by government biologists.

The research represents one of the first tallies of eagle deaths attributed to the nation’s growing wind energy industry, which has been a pillar of President Barack Obama’s plans to reduce the pollution blamed for global warming. Wind power releases no air pollution.

But at a minimum, the scientists wrote, wind farms in 10 states have killed at least 85 eagles since 1997, with most deaths occurring between 2008 and 2012, as the industry was greatly expanding. Most deaths–79–were golden eagles that struck wind turbines. A power line electrocuted one of the eagles counted in the study.

The president of the American Bird Conservancy, Mike Parr, said the tally was “an alarming and concerning finding.”

A trade group, the American Wind Energy Association, said in a statement that the figure was much lower than other causes of eagle deaths. The group said it was working with the government and conservation groups to find ways to reduce eagle casualties.

Still, the scientists said their figure is likely to be “substantially” underestimated, since companies report eagle deaths voluntarily and only a fraction of those included in their total were discovered during searches for dead birds by wind-energy companies. The study also excluded the deadliest place in the country for eagles, a cluster of wind farms in a northern California area known as Altamont Pass. Wind farms built there decades ago kill more than 60 per year.

The research affirms an AP investigation in May, which revealed dozens of eagle deaths from wind energy facilities and described how the Obama administration was failing to fine or prosecute wind energy companies, even though each death is a violation of federal law.

The Fish and Wildlife Service has said it is investigating 18 bird-death cases involving wind-power facilities, and seven have been referred to the Justice Department.

Wind farms are clusters of turbines as tall as 30-story buildings, with spinning rotors as wide as a passenger jet’s wingspan. Though the blades appear to move slowly, they can reach speeds up to 170 mph at the tips, creating tornado-like vortexes.

In all, 32 facilities were implicated. One in Wyoming was responsible for a dozen golden eagle deaths, the most at a single facility.

The wind farm project calls for placing turbines on 3,000 acres of CN-owned land near the former Chilocco Indian Agricultural School in Kay County that would be partially managed by CNB. 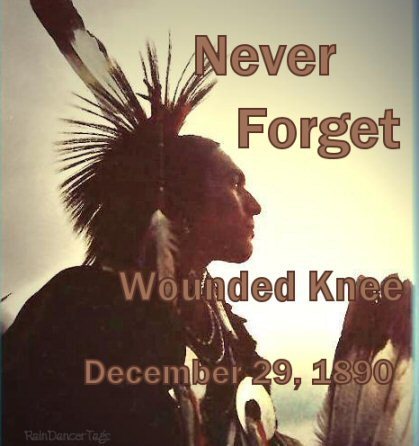 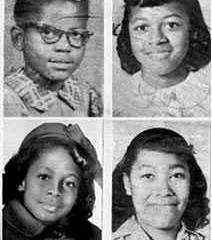 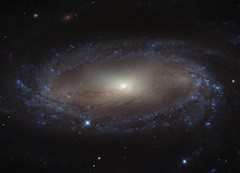