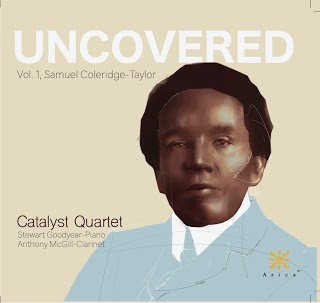 The music of Samuel Coleridge-Taylor (15 August 1875-1 September 1912) still remains relatively unknown. Despite his early death, his opus numbers reach 83, not to mention the works without opus number, and though Coleridge-Taylor’s music is recorded, it is not explored enough by ensembles. Which makes a new project from the Catalyst Quartet highly recommendable and commendable. The American ensemble has launched Uncovered, a recording series devoted to artists overlooked in classical music, especially because of their race or gender. The first volume is devoted to early chamber music by Samuel Coleridge-Taylor, with music by Florence Price, Coleridge-Taylor Perkinson, William Grant Still and George Walker to come on further volumes.

Coleridge-Taylor was talented young: he started at the Royal College of Music in 1890 (age 15) as a violin student, and after two years focused on piano and composition. He studied composition with Sir Charles Villiers Stanford, who regarded Coleridge-Taylor as one of his two most brilliant pupils (which is saying something considering the luminaries of 20th-century British music who passed through Stanford’s study door), the other being William Hurlstone, who died in 1906. The works on this disc all date from the period when Coleridge-Taylor was at the RCM, but that does not make them negligible student works, far from it.

Brahms is inevitably a major influence; not only does Coleridge-Taylor seem to have admired the composer but Stanford’s own training was Germanic and Brahmsian. However, Stanford’s genius as a teacher seems to have been to encourage young composers to be themselves, and his pupils are a varied bunch. The last work on the disc, the Clarinet Quintet, is the best known. It was written as a result of Stanford’s challenge to his pupils, that after the Brahms’ Clarinet Quintet (written in 1891) it was impossible to write a piece that did not show Brahms’ influence. Coleridge-Taylor managed it. But other influences are at work too, and throughout the disc we hear Coleridge-Taylor’s love of Dvorák’s chamber music.

At this stage of his career, Coleridge-Taylor was not using African themes in his music (he would start exploring his African heritage after hearing the spirituals of the Fisk Jubilee Singers, who had recently toured England, and meeting the African-American poet Paul Laurence Dunbar). But in the Clarinet Quintet, Coleridge-Taylor is already using striking melodic and rhythmic material and then weaving it into the structure of the piece in much the same way that mature Dvorák weaves Czech melodies and rhythms into his chamber music.

The disc starts with the Piano Quintet from 1893, written for a public recital that Coleridge-Taylor gave in Croydon where he and fellow students performed a program that included three of Coleridge-Taylor’s works including this Piano Quintet. It was probably then unperformed for 100 years, though the composer re-used some of its themes. The opening movement begins with what can only be termed a very Brahmsian sweep, and it’s worth bearing in mind that in 1893, Brahms was still only 60 and had recently written the group of late chamber works including the Clarinet Quintet. This was still new music, though admittedly nowhere near cutting edge. The slow movement is based around a lovely cello theme, whilst the Scherzo is robust in a way which evokes both Brahms and Dvorák. And it is the influence of Dvorák that seems to point the way forward with the fascinating Allegro molto finale, which promises much. One point worth noting: unlike Brahms, Coleridge-Taylor does not over-write his piano parts; this quintet is not a piano-concerto manqué.

The Fantasiestücke come from two years later, when the composer was twenty, and was premiered at the Royal College of Music. A set of five pieces, a group of character pieces, each in their way quite substantial and different in mood, the title gives a nod to Schumann, who was fond of using it. The sophistication of Coleridge-Taylor’s use of mood and character, his deft writing for the four strings, is very impressive here. We can hear the influence of Brahms (a bit) and Dvorák (a lot), but also a sense of the composer’s own voice.

Finally comes the Clarinet Quintet, and as soon as it starts we can hear the change in mood and style. This music is confidently itself, and with hindsight we can hear English music in there too. As I have said, the way that Coleridge-Taylor writes is indebted to Dvorák but the material he weaves is very much his own. There are many fascinating hints in the slow movement, perhaps a dash of Dvorák’s New World Symphony itself with its disputed links to African-American music; but what is not in doubt is the beauty of the music and the composer’s deft grasp of textures. Again, this isn’t a concerto manqué, as all five instruments weave themselves together. The Scherzo emphasizes the originality of the piece. We can perhaps imply a debt to Dvorák in the use of rhythms but the sound-world is the composer’s own. The perky tune that opens the finale has real folk/traditional roots in its style, a nod to the way composers throughout the 18th and 19th centuries used popular tunes for the basis of finales.

This is not the first time any of these works have been on disc, and the Piano Quintet and Clarinet Quintet are available together on a fine disc from the Nash Ensemble on Hyperion. But this new disc brings the welcome fresh perspective of a young American ensemble perhaps hearing and seeing things in the music that bring out suggestions of Coleridge-Taylor’s other influences. The quartet is joined by two very fine soloists in pianist Stewart Goodyear and clarinetist Anthony McGill. Regardless of whether you have or have not yet explored Coleridge-Taylor’s chamber music, this is a lovely disc to try. 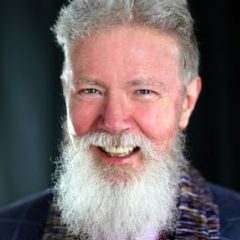 Reviews published here by permission of Robert Hugill at Planet Hugill, a singer, composer, journalist, lover of opera and all things Handel. To receive Robert’s lively monthly This Month on Planet Hugill e-newsletter, sign up on his Mailing List. (Robert Hugill photo by Robert Piwko.) 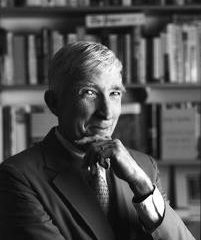 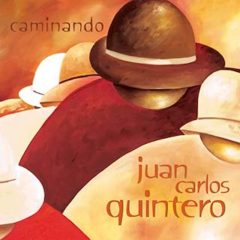 A Quiet Storm of Guitar Mastery