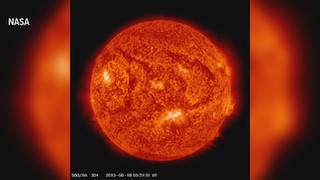 Located in the constellation of Virgo (The Virgin), around 50 million light-years from Earth, the galaxy NGC 4535 is truly a stunning sight to behold. Despite the incredible quality of this image, taken from the NASA/ESA Hubble Space Telescope, NGC 4535 has a hazy, somewhat ghostly, appearance when viewed from a smaller telescope. This led amateur astronomer Leland S. Copeland to nickname NGC 4535 the “Lost Galaxy” in the 1950s. The bright colors in this image aren’t just beautiful to look at, as they actually tell us about the population of stars within this barred spiral galaxy. The bright blue-ish colors, seen nestled amongst NGC 4535’s long, spiral arms, indicate the presence of a greater number of younger and hotter stars. In contrast, the yellower tones of this galaxy’s bulge suggest that this central area is home to stars which are older and cooler.

This galaxy was studied as part of the Physics at High Angular resolution in Nearby GalaxieS (PHANGS) survey, which aims to clarify many of the links between cold gas clouds, star formation, and the overall shape and other properties of galaxies. On January 11, 2021 the first release of the PHANGS-HST Collection was made publicly available.

The United States Post office announced on Jan. 15, 2021, that it would be releasing a series of stamps highlighting images of the Sun captured by NASA’s Solar Dynamics Observatory. Photo Credits: NASA/SDO/USPS

NASA’s images of the Sun’s dynamic and dazzling beauty have captivated the attention of millions. In 2021, the US Postal Service is showcasing the Sun’s many faces with a series of Sun Science forever stamps that show images of solar activity captured by NASA’s Solar Dynamics Observatory, or SDO.

“I have been a stamp collector all my life and I can’t wait to see NASA science highlighted in this way,” said Thomas Zurbuchen, associate administrator for NASA’s Science Mission Directorate (SMD) in Washington. “I feel that the natural world around us is as beautiful as art, and it’s inspiring to be able to share the import and excitement of studying the Sun with people around the country.”

The 20-stamp set features 10 images that celebrate the science behind NASA’s ongoing exploration of our nearest star. The images display common events on the Sun, such as solar flares, sunspots and coronal loops. SDO has kept a constant eye on the Sun for over a decade. Outfitted with equipment to capture images of the Sun in multiple wavelengths of visible, ultraviolet, and extreme ultraviolet light, SDO has gathered hundreds of millions of images during its tenure to help scientists learn about how our star works and how its constantly churning magnetic fields create the solar activity we see.

That solar activity can drive space weather closer to Earth that can interfere with technology and radio communications in space. In addition to this immediate relevancy to our high-tech daily lives, the study of the Sun and its influence on the planets and space surrounding it–a field of research known as heliophysics–holds profound implications for the understanding of our solar system and the thousands of solar systems that have been discovered beyond our own. As our closest star, the Sun is the only nearby star that humans are able to study in great detail, making it a vital source of data. 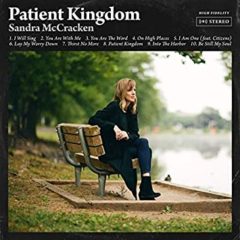 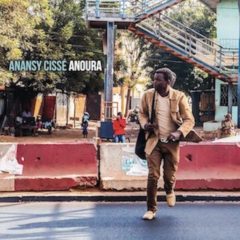 Let Us Now Speak of, and to, Turbulent Times