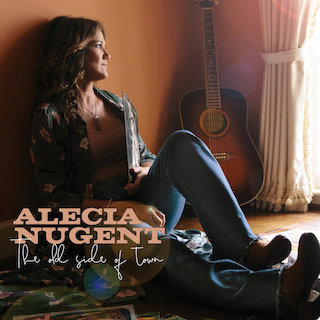 THE OLD SIDE OF TOWN

Following three acclaimed albums released between 2004 and 2009 and being anointed “The Hillbilly Goddess” in light of her throaty, backwoods cry being compared favorably to those of great country singers of yore, Alicia Nugent took a 10-year powder in order to attend to a variety of personal matters, including lost love, the passing of one of her daughter’s beloved friends and, not least of all, the death of her father. Now regrouped and returned to the studio, she’s enlisted a great producer in Keith Stegall and a lineup of stellar musicians (including Rob Ickes, Stuart Duncan, Brent Mason, Dan Dugmore, Tommy Hardin, Paul Franklin, et al.) to join her on nine songs, half of which she co-wrote-including one with the legendary Carl Jackson, “They Don’t Make ’em Like My Daddy Anymore,” a haunting, midtempo country ballad clearly born of personal tragedy. The short review of the results: She (and they) hit it out of the park.

They Don’t Make ‘Em Like My Daddy Anymore,’ Alicia Nugent, from The Old Side of Town

Nine songs may seem a bit slight to many listeners, but Ms. Nugent says what she wanted to say and leaves it at that-nothing extraneous or superfluous to the soul searching at hand. Given the personal trials shadowing the performances here, the patina of sorrow overhanging the entire effort is as undeniable as it is piercing; but in the end, it’s all sweet sorrow, beautifully articulated by one of the purest, most affecting backwoods voices of her generation.

‘Way Too Young for Wings,’ Alicia Nugent, from The Old Side of Town

‘The Other Woman,’ Alicia Nugent, from The Old Side of Town

The death of her daughter’s friend would seem to be the impetus for a heart tugging country lament addressed to a tender soul departed before its time, “Way Too Young for Wings,” with Ms. Nugent sensitively exploring the tragic event, during which she even seems to find her faith wavering, singing, with voice rising in intensity, “my kingdom come, my will be done/but I’ll always believe/you’re way too young for wings…”). Poignance infused with love informs the love letter to her father mentioned above (which is heard in two versions, one a country ballad, the other a more traditional bluegrass version featuring evocative rustic touches provided by Ickes on dobro and Duncan on fiddle and mandolin) in an emotional recounting of a life lived full measure, with dignity born of transforming meager circumstances into meaningful character:“Only a high school education, but in the Bible he was versed/no professor in the classroom, but a deacon in the church/loved Jesus Sunday morning and bluegrass Friday night/made sense to play the upright/that’s the way he lived his life”–a magnificent lyric that makes you wish you could have known the man yourself, or that you could know someone who fits this description.

‘Too Bad You’re No Good,’ Alicia Nugent, from The Old Side of Town

Other aspects of lost love receive a blunt sayonara as well. First among equals might well be “I Might Have One Too,” which is not the drinking song its title might indicate; rather, it’s a wrenching, grinding country ballad about a partner’s affair being discovered and his partner musing about returning the sin, if you will, as steel guitar (either Franklin or Dugmore) wails epically around the tear-stained vocal, with the sorrow all around compounded by Duncan’s long, ver weeping fiddle lines. Then there’s an interesting triptych of broken-hearted melodies, whether by accident or design, beginning with a classic fiddle- and pedal-steel fired country kissoff of a “real fine cowboy” she left behind “when I rode away” in “Tell Fort Worth I Said Hello.” From there we go to “The Other Woman,” a weeper built on Gary Prim’s evocative keyboard support, deliberately and systematically addresses, well, the other woman, who she suggests is the better off for not “hearing lies and laying down/with a married man who runs around.” Then, a bluesy toe-tapper with the telling title and no mercy for its subject, “Too Bad You’re No Good,” a gleeful slicing and dicing of a wayward lover. If you feel as if you’ve gone through the wringer when you come out this end of the triptych, well, you have. Better to experience these upheavals vicariously, but I’ve got even money on many nodding and thinking, Been there, done that. Which makes the warmth of the bonus track-the bluegrass version of “They Don’t Make ‘Em Like My Daddy Anymore”–a blessed reprise and rather a comment on the characters lacking character to whom Ms. Nugent has introduced us in the preceding songs. The past ten years’ deafening silence has lifted, and Ms. Nugent is hereby encouraged not to be such a stranger in our time ahead. 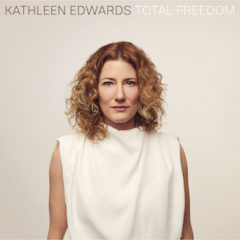