Historic Brass of the Guildhall School and the Royal Welsh College of Music and Drama, Gareth Wilson

Marc’Antonio Ingegneri is mainly remembered as the teacher of Claudio Monteverdi, with Ingegneri’s own music being almost ignored. On this new disc from Toccata Classics, the choir of Girton College, Cambridge, and the Historic Brass of the Guildhall School and the Royal Welsh College of Music and Drama, conductor Gareth Wilson, perform Marc’Antonio Ingegneri’s Missa Laudate pueri Dominum a8 plus a selection of his motets.

Girton College Choir first performed Ingegneri’s music in 2018 as part of a Palestrina-based project, and this led to the choir extending its 2019 tour to Milan and surrounding area (celebrating the college’s 150th anniversary) to include Cremona Cathedral and to perform Ingegneri’s music there, where he was maestro di capella.

The CD booklet includes a fascinating article by Giampiero Innocente on the impact of the Council of Trent (1545-1563) on the music of the church and the way the council encouraged churches to use music to celebrate the Church Triumphant as a way to counter the Protestant Reformation. In Cremona, the attitude of the canons and the clergy of the cathedral changed and music moved from purely Gregorian chant to something more developed. In 1573 Marc’Antonio Ingegneri became the cathedral’s maestro di capella. He was born in Verona but had lived in Cremona since 1570. Ingegneri thus transformed the music at the cathedral, including the introduction of instruments, and much of the repertoire focuses on the idea of celebrating the Church Triumphant.

We start with a terrific triple choir motet, Cantate et psallite domine, which combines instruments and singers into a glorious mix, the three choirs singing separately and coming together to celebrate the greatness and power of the creator. Like many of the motets, the music is written in homophonic blocks, so the results are glorious but the text is relatively clear.

With Ingegneri’s mass, we go down to ‘just’ eight parts. The mass is based on a Palestrina motet, and was chosen by Gareth Wilson partly because it is the only one of Ingegneri’s eight-part masses to survive. The sound is far less triumphant and in the Kyrie Ingegneri weaves lines together into a whole which moves fluidly between a few vocal lines and the full mix, with the allocation of parts meaning that the brass sometimes reinforce and are sometimes absent. With the text of the mass requiring less clarity, Ingegneri uses rather more polyphony than in the motets. The Gloria is quite short and rises only to a climax at the end. Here and in the Credo Ingegneri deftly mixes polyphony and homophony so that textures vary but the text (important particularly in the Credo) is never far away.

The Sanctus starts in an almost hushed, beautifully thoughtful way with the polyphonic lines weaving together, almost hovering, with the intimate Benedictus bookended by the Hosanna which is livelier but never approaches the Church Triumphant moments of the motets. This was clearly music intended to match the spiritual content of the service. Similarly, the Agnus Dei is a fine-grained piece

Emendemus in melius is a 12-part motet but rather than the Church Triumphant, it starts in a rather intimate manner and through there is a sense of concentration. The brass, alone, provide a finely graded performance of the eight-part motet Adoramus te Christe. Ecce venit desideratus is another quite concentrated 12-part motet, the text clear and the music forming a devotional background that gradually develops. O sacrum convivivium has its eight-part polyphonic texture beautifully rendered by the brass, and the Ingegneri motets conclude with a sequence of three from the Song of Songs, two five-part pieces, Quae est ista and Surge propera, sung by the choir alone, and then the amazing 16-part Vidi speciosam. This latter, a slow build piece, uses a solo quartet and two six-part choirs and the texture seems to develop into one of real richness by the end, yet remains intensely devotional. The disc concludes with a motet by Ingegneri’s Venetian contemporary Giovanni Croce, In spiritu humilitatis.

The performances here are admirable. The choir numbers 29 singers, which, even when joined with the brass, is not a huge number of singers per line in the triple choir pieces. Wilson opts for quite an equal balance between brass and voices, so that choirs seem a mixture of voice and instrument as was the case at the period. Perhaps, occasionally, the youth of the singers becomes more obvious, overall the performances are finely judged and do the music great credit. For much of the time this is not big bang music, but complex textures of a few lines weaving in and out. So glorious moments of celebration of the Church Triumphant are contrasted with quieter, more interior devotional music, and the performers bring out these contrasts admirably.

These recordings really do make you look at and listen to the music of Marc’Antonio Ingegneri in a different way and I certainly hope that the disc encourages other groups to explore the composer. His harmonic language is satisfyingly complex, so that there is much in the music to enjoy, and having listened to the disc a few times you wonder why he is so neglected. 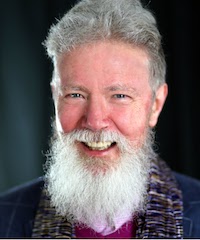 Published at Planet Hugill on 8 April 2020, published here with permission. Robert Hugill is a singer, composer, journalist, lover of opera and all things Handel.To receive Robert’s lively monthly This Month on Planet Hugill e-newsletter, sign up on his Mailing List.  (Robert Hugill photo by Robert Piwko) 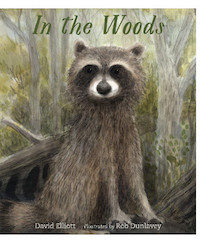