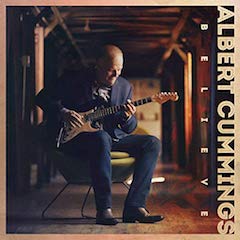 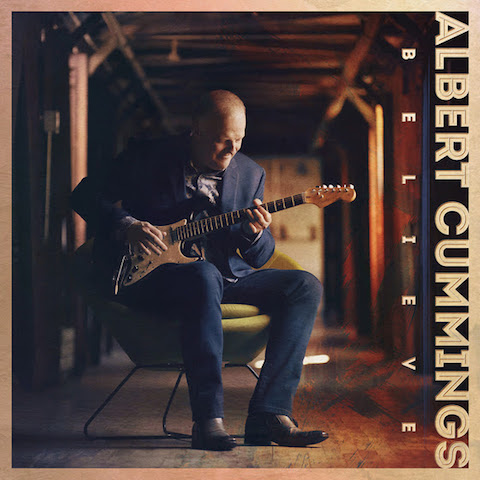 Bluesman Albert Cummings has come a long way since introducing himself (and his then-band, Swamp Yankee) in 2000 with a strong debut album, The Long Way. Not the least of his achievements in his career’s early years was making a strong enough impression on the surviving members of Stevie Ray Vaughan’s Double Trouble band—Chris Layton, Tommy Channon and Reese Wynans—as to their support on his 2003 solo debut, From the Heart, marking the first studio sessions the trio had done together since SRV’s passing. A different, and more telling, breakthrough occurred with his self-released 2012 long player No Regrets, wherein he broke out of straight electric blues to explore other roots styles, with a decided country strain showing up in several of the tunes. Although blues remains his foundation, he’s continued to incorporate country and rock into his approach (sometimes within the same song), and an attentive listener can now and then hear remnants of the very young Albert Cummings who at the age of 12 was a neophyte bluegrass banjo student. This eclectic side is on full, glorious display throughout Believe, of which it is not a stretch to declare it this young year’s first outstanding blues album, a tour de force in every respect—vocally, instrumentally, in the quality of its five original songs and in the emotional depth Cummings brings to six cover versions in the way common to all great interpretive singers who make others’ lyrics their own.

You sense something special is at hand only a couple of seconds into the first cut, when a soulful blast of Stax-style horns introduces the proceedings. The song then unfolds with some tasty Clayton Ivy keyboards underpinning the maelstrom as Cummings’s gritty measured vocal, complemented by a powerhouse female dui steeped in gospel, signals this as a fresh take on the Sam & Dave classic, “Hold On”—here delivered more bluesy and more deliberate than on the famous single until it heads off into the stratosphere when Cummings cuts loose with a screaming, sizzling Strat solo midway through.

‘Hold On,’ the Sam & Dave classic penned by Isaac Hayes and Dave Porter, as featured on Albert Cummings’s Believe

Thus the template for Believe: five Cummings originals interspersed among diamonds from Willie Dixon (make that two diamonds from Willie, “Red Rooster” and “My Babe”), Van Morrison and Leon Russell, along with the aforementioned Isaac Hayes-Dave Porter monument. Making his point with arrangements full-throated and spare alike, Cummings always keeps it bluesy. Or in the case of Van Morrison’s “Crazy Love,” churchy, as he summons the song’s tender gospel heart with a deeply felt, nuanced vocal—arguably the most soulful he has ever delivered in a studio setting–given stirring support from Ivy’s shimmering keyboards and those formidable backup singers, Kimberlie Helton and Trinecia Butler. The track is mesmerizing, as Cummings takes his time and lets the song breathe while he subtly wrings context and subtext out of Morrison’s lyrics to emphasize the depth of what Keats called “the holiness of the heart’s affections.” Al this, with barely a hint of guitar on the track.

For the guitar aficionados out there, though, Cummings deals a winning hand when he digs into the Strat work. A master of tone and texture, his choices of both here are, like his performance on “Crazy Love,” nigh on to perfect complements to the songs’ narratives. The chunky twang and hard-picked cascades of fills he executes on his own “Going My Way” are part and parcel of a tune exalting the singer’s sense of good fortune a-borning after much dues paying. On another Cummings original, “Call Me Crazy,” his fiery six-string protestations—searing, howling, merciless—shadow and strengthen a gritty, angry, accusatory vocal calling out a deceitful woman for her manipulations and deceptions. He turns Willie Dixon’s “Red Rooster” into a malevolent stomp that’s as much about a sinister, breathtaking guitar solo (a firestorm of single-string runs, bent notes hanging maliciously in the air, double stops and red-hot flurries of speed-picked notes) as it is a vocal attack comprised of equal parts anguished declaiming and vaguely threatening outpourings.

After so much drama, the lively strut of Cummings’ “It’s All Good,” being the testimony of a man grateful for what he has in work and in life (“I love the life I’m living/it’s the only one I have…”), is bracing in its upbeat spirit as expressed in a triumphant lead vocal buttressed by the soulful shouts of his exuberant backup singers gilded by his arsenal of fleet-fingered, trebly guitar solos, lighter than air and exploding with energy. It’s only fitting, then, to close out the festivities here with “Me and My Guitar,” a Leon Russell-Chuck Blackwell co-write first recorded by Freddie King in ’72 (and more recently, last year, by the Peter Frampton Band on its All Blues album). This funky, percolating item celebrates the bluesman’s most faithful companion in good times and bad (“it never talks back to me/like some women do…”). The lighthearted feel of the spirited exercise, ending with a dazzling solo sortie pretty much embracing the entire fretboard and multiple variations on the melodic theme, puts a fine point on the larger message herein. The imaginative vitality of Cummings’s guitar solos throughout—the unexpected, striking choices he makes—coupled to smart, expressive vocals of a higher order amounts to the Cummings Imperative for listeners. In a word, believe. 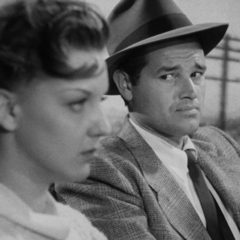 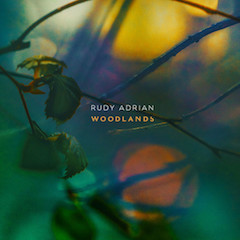