‘Next Time I Will Be the Wave’

Just Because the Love for the Ocean–A Winter Surfing Poem

The salt and my skin was the perfect match. Even my hair seemed to welcome the Atlantic once again. Yesterday’s doubt was quickly washed away and I was reminded of where I once came from.

A child of the ocean, from the ocean and for the ocean.

Although the cold got through and my feet went numb, the clear water hypnotized my senses and nothing else mattered. At least not for a while. Everything there was; was the sky, the building waves, and my board.

The paddling seemed effortless and the timing was easy. Stiff joints from the cold made the movements slower, but I did not care. I was in the ocean, for the ocean, from the ocean. And it felt like playing with my best friend.

What is a wave, but a signature of the ocean. A unique expression, it rolls in once, and then it is no more. But it is still the ocean, movement and energy.

What is a ride on a surfboard, but an honoring of that wave.

Of its birth in a random storm far away and its travels towards the shallow waters, where it may break and finally come to rest.

When I paddle to catch it at its peak, it does not go unnoticed. Whether it wipes me out or lets me ride its green shoulder, the force of the ocean travels inside my body and fills me with a deep respect.

We are but mere difference in form. Made up of the same. Lets meet in awe of the creation.

Next time I will be the wave.

‘Mr. Moto,’ The Bel Airs (1961), featuring Paul Johnson one of the founding fathers of surf guitar

Surfing Over the Surface

Searching the world over,

looking for love somewhere in this

universe, hopefully close to me

life in the tides of todays’ life.

Adjusting myself with the rising and ebbing

of the ocean’s behavior.

Loving to skim over the surface, surfing

happily out in the

middle of nowhere, all by myself.

‘Summer Surf,’ the Steve Douglas-penned track from the album of the same name by Dick Dale & His Del-Tones, released in 1964. This was the last album the King of the Surf Guitar recorded with his Del-Tones band and, due to his battle with rectal cancer, the last album he would record until 1986.

Reading physics in the Charger

at North Bondi; after a while

it gets hard to concentrate.

to be boring if you watch them,

totally different the next time you look.

Two drunks sway down the ramp,

One punches the other in the face.

He falls on the sand.

laws of flight and silhouette,

curvature and traceries of air.

All that aerodynamic stuff.

You think of Hebrew etymology.

on us. Mercy means running towards

So you go swimming. The wave looms

dark, you stroke twice and are launched

into fierce velocities of green.

Under the water the sunlight bends

when waiting for waves you practise

being weightless. Just you and the light

in a pale green world.

A westerly is blowing all the waves’

to the base and they burst in a silver

and in this swollen place

of light and speed

you are beside yourself with happiness,

on the inside of a wave.

Life troubles seem to escape me

Always with me never letting me drift apart

What i feel on my board

Is of one of the oceans lords

Once i go back at the end of the day

Still my heart longs to stay

Suddenly an enormous tunnelling wave grabs them like a giant’s fist.

The excited surfers start to bob in the waves

Starting to stand up above the world.

The crashing waves slaughter the surfers.

The shimmering, ice blue waves settle as the gleaming

The surfers carry on surfing in the warm sea by the

People leave but the surfers carry on. 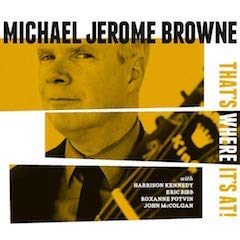 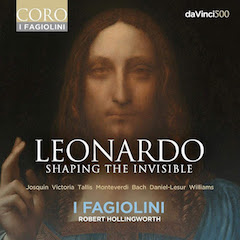