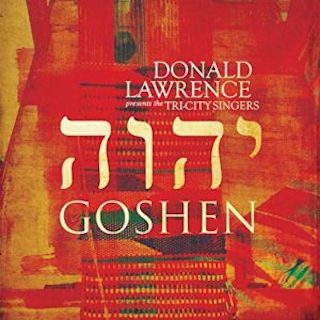 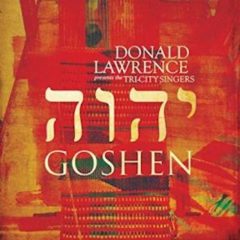 Using Old and New Testament stories to reinforce the need for a spiritual exodus from modern-day anxieties, Goshen, the latest album by Donald Lawrence and the Tri-City Singers, is the first major gospel release of 2019 and could well take its place among the best gospel albums of the year.

Goshen, taken from references in Exodus of “God’s promised place” where one can find joy in the midst of troubled times, is a compendium of worship songs, declarations of personal empowerment, rages against the machine, and shouts of ultimate victory, through God, over personal pain.

What struck me immediately about this thematic project is how steeped it is in musical theater. Like Thomas Dorsey did ninety years ago, Lawrence employs theatrical techniques to tell the story. He studied musical theater in college and uses his learning to maximum impact on Goshen.

‘Deliver Me (This Is My Exodus),’ Donald Lawrence Presents The Tri-City Singers, lead vocal by Le’Andria Johnson, from Goshen

For example, the spotlight shines on the complex “Let My People Go,” on the toe-tapping beat of the title track, and on the cacophony of voices and samples of the Rev. C. L. Franklin lining out “I Love the Lord, He Heard My Cry” on “He Heard My Cry.” Lawrence’s dramatic exhortations preceding many of the songs puts me in mind of the Reverend James Cleveland and his penchant for setting up a song with a sermonette. It’s a technique Cleveland likely learned from Eugene Smith of the Roberta Martin Singers who may, in turn, have learned it from the Reverend Glenn T. Settles of the Wings over Jordan Choir.

The lush, cascading harmonies emblematic of the Tri-City Singers are on full display during the melodic “Jehovah Sabaoth (God of Angel Armies).” The song is rendered in turns gently and demonstrably by lead singer Brittany Stewart. This austere and breathtakingly beautiful hymn oozes with the influence of songwriters Richard Smallwood, Andrae Crouch and Kirk Franklin.

The array of gospel talent on Goshen makes it an all-star package. Each artist brings his or her top game, from the Murrills and Arnetta Murrill-Crooms—alumni of the Tri-City Singers—to Sheri Jones-Moffett, Jason Nelson, Lejeune Thompson, Blanche McAllister Dykes, and Le’Andria Johnson (her smoking lead on “Deliver Me” is the current single), among others. Jekalyn Carr revs up the onomatopoeia of the breathy worship ode, “YHWH (The Sound of My Breathing).” Sir the Baptist infuses elements of hip hop on “He Heard My Cry.”

NPR Tiny Desk champions Tank and the Bangas join the ensemble on “Let My People Go,” the album’s most explicitly political selection. It likens wage inequality, human trafficking, racial prejudice, police brutality, the corporate power elite’s mistreatment of its employees, and other forms of systematic oppression to how Pharaoh treated the Hebrew slaves. Everyone is equal under God, the ensemble sings, with the line “you cannot box with God” a sly reference to Alex Bradford’s gospel musical, Your Arms Too Short to Box with God.

‘YHWH (The Sound of My Breathing,’ Donald Lawrence Presents The Tri-City Singers, featuring Jekalyn Carr on lead vocal, from Goshen

Goshen is a majestic musical portrait of the struggle to break free from personal suffering in all of its manifestations, and an ode to the soul’s ultimate victory through holding on, with confidence, to God’s unchanging hands. 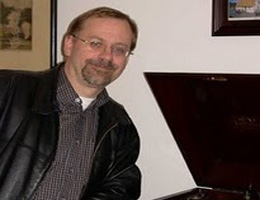 Bob Marovich is a gospel music historian, radio announcer and author. His “Gospel Memories” radio program of vintage black gospel music and artist interviews airs live first Sundays from 3 a.m. to 7:30 a.m. on Chicago’s WLUW 88.7 FM, and streams live at the station’s website. Snippets of recent broadcasts can be heard online at the Gospel Memories Radio Show. Bob is also the founder and editor of The Black Gospel Blog, now the Journal of Gospel Music, the source for the reviews published here with Bob’s permission. Bob launched JGM on the tenth anniversary of The Black Gospel Blog, which he founded July 28, 2004, as the first blog to cover African American gospel music. His first book, Shout Troubles Over: The Birth of Gospel Music in Chicago, is available from the University of Illinois Press as part of its Music in American Life Series. Bob lives in Chicago with his wife, author Laurel Delaney, and their two cats. 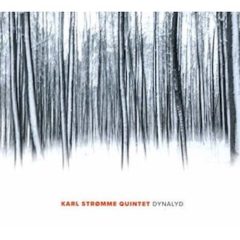 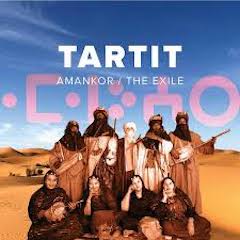