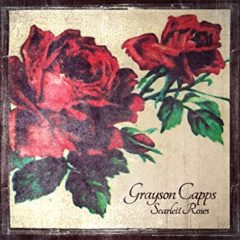 Somewhere during the 13-minutes-plus elapsing from the time of the assertive solo acoustic guitar strumming opening “Scarlet Roses,” on through the slinky lustiness of “Hold Me Darlin’,” to the dispassionately rendered dystopian images of lives in disrepair in the talking blues of “Bag of Weed,” I began to hear Scarlett Roses, Grayson Capps’s first solo album in six years, as a Southern Gothic journey into an underworld of his own creation, and him as a modern-day Orpheus attempting to recover and restore to life not his dead wife, as the Orpheus of Greek mythology tried and failed at, but rather his own peace of mind. Scarlett Roses is an epic vision of life, love and struggle in the here and now, Capps’s own version of the legendary Orphic Hymns, divine music to charm all living things. It is some kind of masterpiece. (It is also one of the Deep Roots Albums of the Year 2017. Follow this link to see all the selections.)

Here he imparts hard-won lessons, revealing at the outset, in the title track, “if I don’t go crazy/I believe I’ll go insane.” Tellingly, “Hold Me, Darlin,’” for all its sensuousness and heat, opens in a ghostly haze, with a distant electric guitar entering deliberately with a rollin’ and tumblin’ figure before Russ Broussard’s drums kick in and Capps ignites the action with a charm offensive aimed at securing extracurricular activities with a possibly reluctant object of his affections. Multi-instrumentalist Corky Hughes cuts loose midway on wild, howling lap steel solo as Capps stays close to the melody line on his own guitar underneath it all, and when Capps returns with a lyrical flight of fancy (“Hold me like an old wisteria vine/hangin’ on to that old Alabama pine”) the mood is light and carefree in stark contrast to the song’s mysterious fade-in from…where? One song later, “Bag of Weed,” and we find he’s “out in the woods, past the cypress grove/when I’m comin’ back, baby I don’t know.” While traveling through his self-made underworld, he observes a friend’s house burned to the ground; a lowlands pond all dried out; a friend happy to be a hermit, passing his life painting and letting you “think the things you gonna think”; a kid who steals a car, totals it and now lets it sit in his yard, where it “stands as a statue to a young man’s game,” and so on. Periodically he steps outside the narrative, like a chicken-fried Rod Serling, with philosophical marginalia, such as the recondite (to whom it’s addressed is never revealed), “You hurt me good, you hurt me hard/I never thought you’d go that far/love’s alive like gasoline/it might burn messy, it might burn clean”; or the confessional, “I ain’t pointin’ no fingers/I can identify with a selfish man and his ability to lie/but the cold hard truth, like a hammer in the teeth/hurts like hell and don’t give you no peace…”; or the piercing, observed with unnerving calm: “ain’t it funny how this life can bring you to your knees.” As the song title suggests, various intoxicants get him through this journey but those are as much metaphorical as literal—like Lebowski’s rug, they tie the room together. And the room is in Capps’s head. That a smattering of applause inexplicably breaks out at points, deep in the mix but more pronounced at the end, adds to the surreal landscape Capps has fleshed out: is this Greek chorus intended to be mocking or exultant?

In this context the fourth song, tellingly titled “You Can’t Turn Around,” is a huge cathartic moment, a full-on rock ‘n’ roll workout centered on the idea of, essentially, you can’t always get what you want, but you might find you get what you need. It’s jump started by Hughes’s howling, rambunctious guitar solo, and Capps sings it free spiritedly, indulging in the liberation it celebrates. And whereas Orpheus, disdaining the command of Hades and Persephone, looked back at his wife and lost her forever to the Underworld, from Capps we learn love lives anew in the greasy, jubilant grind of “Thankful” (I could imagine Gregg Allman, may he rest in peace, doing serious justice to this tune), sequenced as if it’s a corollary to “You Can’t Turn Around.”

These songs are the heart of the matter. The final four tunes form an extended epilogue. Swathed in layers of Daniel Lanois-like mysterioso, otherworldly guitar flourishes and folky harmonica, “New Again” and the big finish, “Moving On”—dead giveaway titles, these—find Capps emerging from the maelstrom with renewed purpose and clear vision, declaring “only from the dark can you see the light” and “ain’t no use for mourning what has been” (from “New Again”) and “shelter me, my darlin’, let me come inside/it’s love we’re borrowing/until the day we die” and “we played in the market, and we played in town/we ain’t gonna be here long/they’ll make us their target if we stick around/it’s time we be moving on” (from “Moving On”). This is not to discount the punch of “Hit Em Up Julie” in all its hill country blues authority and the seething nightmare dreamscape of “Taos,” mind you, but those are interesting detours off the main road. (A word here about the whole album’s compelling sonic backdrop. Capps and Hughes are credited as producers along with Capps’s wife, Trina Shoemaker, who happens to be the first female to win a GRAMMY for engineering. Everything Ms. Shoemaker touches has a certain je ne sais quois, a distinct voice of its own, a sure sense of framing stories and music for the most soulful outcome possible. Let us not discount her influence on the shape of things presented here.)

A mainstay of the Mobile, Alabama, scene, Grayson Capps has now outpaced his Gulf Shores competitors and vaulted himself into the front ranks of America’s finest singer-songwriters. On Scarlett Roses, his divine music, like Orpheus’s, should charm all living things save those with souls so dead as to be deaf to its truth. He’s not looking back. 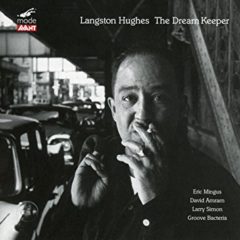 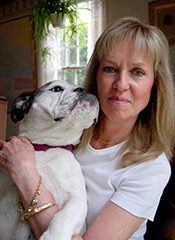