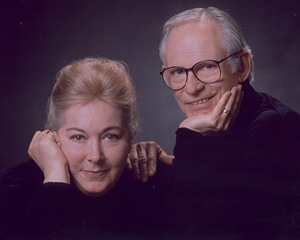 Long-time readers of this publication and its predecessor, www.TheBluegrassSpecial.com, will recognize the name of Michael Sigman. A regular contributor to our efforts, Mike has had a distinguished career in the music business, journalism and music publishing. In the ‘70s he broke in with the music industry trade publication Record World, quickly rising to the editor’s job and just as quickly building RW into a lively, youthful, sometimes outrageous, always literate counterpart to the staid Billboard. Upon RW’s demise in the early ‘80s, he moved to California and began the second phase of his career, serving as publisher of the highly regarded LA Weekly, and as founding publisher of its sister publication OC Weekly. Since leaving that company his own writing has been published in the L.A. Times, LA Style, The District Weekly, LA Progressive, in these pages, and in column form in The Huffington Post. The son of Carl Sigman, one of the 20th Century’s greatest songwriters (“Ebb Tide,” “Love Story,” “It’s All in The Game,” et al., et al.), Mike has written a biography of his father and now serves as the president of Major Songs, a music publishing company that handles his late father’s catalogs.

And not least of all, for the past couple of years he has been engaged in chronicling the history of the music business via a wealth of interviews with major players from the business’s modern era, starting in the ‘50s and ranging across the entire spectrum of the business, from the board rooms to the retailers, from producers to artists, even the music press. The first batch of these interviews, titled HITS History of The Music Biz, was published last year by the music business trade publication HITS, co-founded by former RW chart editor Lenny Beer, a friend of Mike’s since they were kids growing up together on Long Island. Volume Two surfaced a couple of months ago, and this time Mike really puts the pedal to the metal in lively, informed profiles of 19 subjects ranging from executive movers and shakers on the order of Walter Yetnikoff and Atlantic’s Dave Glew to Tower Records founder Russ Solomon to multi-talented producers-executives such as Jimmy Bowen and Fred Foster. On the artist side, Mike engaged Herb Alpert (in his dual role as artist and executive) and Tony Bennett, and it certainly would be accurate to refer to legendary songwriter Mike Stoller as an artist in his own right. He also logged time with Rolling Stone founder/publisher/editor Jann Wenner. These and other of Mike’s subjects collectively construct an oral history of the music business’s glory years.

Mike, and HITS (hitsdailydouble.com) generously offered Deep Roots an excerpt from Volume Two, and we’ve chosen to offer our readers a portion of his profile of a husband-wife team that also happened to rank among the previous century’s songwriting giants. Alan and Marilyn Bergman have a staggering number of classics to their credit—“The Windmills of Your Mind,” “The Way We Were,” “Nice ‘n’ Easy,” “What Are You Doing the Rest of Your Life?,” “You Don’t Bring Me Flowers”—it goes on. We’ll let Mike and the Bergmans take it from here. –David McGee

The Love Affair with Babs

Perhaps the strongest testament to the Bergmans’ talent and durability as songwriters is the fact that Barbra Streisand has recorded some 64 Bergman songs, many of them definitive interpretations.

Alan describes how that love affair started. “We were writing a show for Jule Styne and had been auditioning girls all day and Jule took us to the Bon Soir to hear Barbra. She started to sing—and Marilyn started to cry. We went back and met her. She was 18, hadn’t been picked yet for Funny Girl—and there was chemistry. She did an album called What About Today with material from younger writers and she did a song of ours.”

Alan transitioned seamlessly into that song, “Ask Yourself Why,” and “after that,” he said, “we wrote many other things for her.”

Collaborating with Hamlisch, the Bergmans supplied Streisand with perhaps her biggest hit, “The Way We Were.” Alan says “we were very lucky to have Arthur Laurents’ book and screenplay title. It was a gift to have a title like that, and the best singer to write for.”

“The Way We Were” was not only a No. 1 single, but also the Academy Award-winner for Best Song from a Motion Picture and certainly one of the top film songs of all time.

“We didn’t write for the charts,” Alan says, “but it was a thrill to have a hit like that.”

From 1975, Streisand live, ‘The Way We Were.’ Not the best quality video, but what a performance.

I first heard Marilyn’s name when I was 10, and my dad, Carl Sigman, was driving me from Long Island to Camp Lenox, deep in the heart of the Berkshire Mountains in Massachusetts.

Carl (“Uncle Carl” to Lenoxites) had been a beloved counselor at Lenox—not least because he wrote the best camp songs ever, which are still sung to this day. On our drive, he told me that he once got his friend and songwriting collaborator Bob Russell (“Ballerina,” “Crazy He Calls Me”) a job at Lenox, but that Bob got fired for being a communist. Then, to underscore that Bob was more mensch than Menshevik, Carl noted that Bob had mentored a promising young lyricist named Marilyn Bergman in the same generous way Carl himself had been mentored by his idol, Johnny Mercer.

While we wended our way up the East Coast, Marilyn and her husband Alan, on the West Coast, were just getting started as partners and songwriters.

“I apprenticed with Bob,” Marilyn told me—and it’s hard to convey the warmth with which she said it. “He was a great lyric writer but he didn’t play an instrument. When I was attending the High School of Music & Art in New York, I met him through my friend Marilyn Jackson, who was his niece. We used to go to his place and hang out and listen to him work and that’s how we met Carl, who was there a lot. Marilyn [Jackson] and I used to play the piano for Bob while he wrote lyrics for the tunes he was working on, like ‘Don’t Get Around Much Anymore.’ He became a great mentor to me.”

Alan chimed in with similar praise for Mercer, who, it turns out, was also his mentor.

“I met Johnny when I was in graduate school,” he said. “I was a kid who knew all the songs and who all the writers were. He took a liking to me and we’d spend time at his house in Newport. He would listen to my songs.  He loved the way I sang. I wouldn’t be here without him. He was the most versatile lyric writer ever.”

The Bergmans were born in the very same Brooklyn hospital and raised in the same Brooklyn neighborhood but met for the first time in Los Angeles, in 1956.

Marilyn had fallen down a flight of steps at her Greenwich Village walk-up and, with a broken shoulder and a body cast; she went to L.A. for some TLC from her mother. Trapped and bored, she sought Russell’s advice. He asked, logically enough, “Why don’t you write songs?” Marilyn explained that she couldn’t even comb her hair, let alone play the piano, to which Russell replied, logically enough, “You can write lyrics.”

Alan Bergman sings ‘What Are You Doing the Rest of Your Life?’ The Bergmans wrote the lyrics, Michel Legrand the music. The song, later nominated for an Academy Award for Best Song, was featured in the Richard Brooks-directed 1969 film The Happy Ending, in which it was sung by Michael Dees. Streisand recorded it as the B side of ‘The Way We Were.’

In 1957, Frank Loesser heard a song we had written with Lew and he flew all of us to New York. He wanted to put us under contract.”

Marilyn adds, “We walked through the corridors of his office where he had quite a few young writers who were apprenticing, and they were all trying to write like him. He had Moose Charlap, Norman Gimbel, Richard Adler and Jerry Ross. But great as Frank Loesser was, we didn’t know who we were yet, so we turned him down.”

Frank got angry, but he felt better when his company published the Bergmans’ first money making song later that year. Alan says, “We were writing folk songs with [arranger/choir director] Norman Luboff. There was a calypso craze, and Columbia Records, where Norman worked, asked him to make an album called Calypso Holiday. We wrote all the lyrics on that record and one of the songs was ‘Yellow Bird.’”

From the Film Music Foundation, excerpts from a two-hour interview with Alan and Marilyn Bergman. They discuss lyric writing techniques and inspirations and working with Sinatra, Richard Brooks, Norman Jewison, Michel Legrand, Marvin Hamlisch, Barbra Streisand and each other.

A standard was born. A few years later, The Arthur Lyman Group scored a Top 5 single with “Yellow Bird” and the song has since been covered by scores of artists including Lawrence Welk, Chris Isaak, Keely Smith, Davy Graham and Johnny Tillotson.

Marilyn says, “That was the first money we made and the first time we thought we could make a living writing songs.”

HITS History of The Music Biz Two: The Mike Sigman Interviews is available online here. While you’re at it, purchase Volume One here as well.

A final note: Michael Sigman is already deep into a much-anticipated Volume Three. To date he has interviewed Seymour Stein (founder of Sire Records), songwriting giants Barry Mann and Cynthia Weil, FAME Studios founder Rick Hall and, in a true catch (because he so rarely has spoken to the press), the amazing centenarian, Specialty Records founder Art Rupe. Stay tuned. 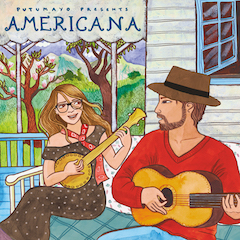 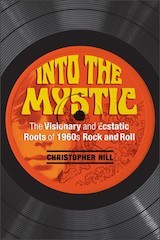