The ornate chord that binds strings to the shamisen, the beginning of sound. A concrete, tangible part of music making, and an abstract sense of its source. The Japanese term néo encompasses both (and hints, across languages, at the new).

That word ties the many worlds of Japanese-American multi-instrumentalist and percussionist Kaoru Watanabe, on his first album of original compositions, Néo. He revels in the abstraction and exploratory gusto of creative music and experimental jazz, while drawing on deep experience with Japanese traditional music, thanks to a ten-year stint with Kodo, one of Japan’s best loved and best travelled taiko ensembles.

“I wanted to unfold the feelings of nostalgia and longing that drew me so powerfully to Japanese traditional forms,” says Watanabe. “Yet I wanted to anchor them by using improvisation to create fully formed, emotionally resonant music, over complex rhythmic structures.”

The Japan Sea is notoriously stormy in winter, and ferry bucked in the waves. It was Watanabe’s first trip to Sado Island, the remote rural headquarters of Kodo, where the ensemble has set up a village-sized complex for training musicians, practicing traditional handicrafts, and growing food. The intense trip, the cold and the snow, the barely heated schoolhouse that served as an audition space, did nothing to chill Watanabe’s enthusiasm.

He was accepted as an apprentice and after several years became part of the group’s touring ensemble. He also became the artistic director of Kodo’s annual festival, Earth Celebration, working with Zakir Hussain, Carlos Nunez, Giovanni Hidalgo, and others in the process.

Yet some part of Watanabe envisioned a different way to engage with the music he had come to love so profoundly. Watanabe was born in St. Louis to two symphony musicians (a violinist and a harpist). He drifted away from his Japanese roots; he was a skater kid, though he and some friends founded a taiko group after taking a short introductory course at the urging of his mother. Though he resisted the classical violin training his father offered, Watanabe wound up finding a musical path of his own, via Interlochen to the Manhattan School of Music, where he studied jazz.

‘Together Alone,’ Kaoru Watanabe, from Néo

There, Watanabe spent a lot of time talking to jazz musicians like Jason Moran, who made clear connections between their music and their Black heritage. “I started to feel my own difference then,” recalls Watanabe. “I wanted to go deeper into my own culture, or even figure out what my culture actually was. It all swirled around in my head. I had so many questions.”

Then Watanabe went to see Kodo play at Carnegie Hall. “I knew my next step was Japan.”

Watanabe first spent a whirlwind six months in Tokyo studying language and music. “In all traditional arts in Japan, you kneel. You’re kneeling for 1.5 hours for a lesson, and even that is a new challenge. I went through the numbness and pain and trying to get a grip on Japanese, but it was amazing. I was devoted to the nohkan [the high-pitched flute used in noh and kabuki theater],” Watanabe recounts. “It was totally distant and mind-blowing and yet so familiar. It brought up this strange nostalgia, but for a time I never knew.” A feeling of natsukashisa, a profound longing, yearning.

Gripped by this emotion, Watanabe set off over stormy seas for Sado. A decade of intense touring, travel, study and growth passed, and Watanabe felt it was time to explore a new way of relating to Japanese traditional instruments, one that embraced his other long-standing musical ideas and interests. He returned to New York, founding and performing in a wide variety of different groups, some ad hoc, some less so, when not collaborating with Yo-Yo Ma’s Silk Road Ensemble, So Percussion and old friends like Moran.

Watanabe’s smaller, exploratory groups allowed him to do what he had found more challenging in Japan. “Kodo is such a big organization, and everything was via committee,” he reflects. “I wanted to do stuff that wasn’t a big deal, that could work with different formations and in different settings. I also wanted to document what I am able to do musically, limiting myself to Japanese instruments,” in this project.

The album’s restricted instrumentation doesn’t stop Watanabe’s boundless imagination. He points to taiko’s less bombastic sides in pieces like “Prism,” which sway between ritual grace and avant wildness, while still harnessing the style’s breathtaking force (“Together Alone”). “Japanese traditional music is very nuanced and complex, and some of the more popularized repertoire lacks that nuance,” muses Watanabe. “Although everyone is playing in unison on pieces like ‘Prism,’ there’s a great deal of changes in dynamics, nuance, and tone. That’s what I love in lots of traditional music and what I wanted to explore more.”

He reimagines the way noh theater often blurs the waking and dreaming worlds on “Dreams,” with interweaving vocal lines of glossolalia, featuring Taiwanese tribal percussion by Sayun Chang (the only instrument on the album that does not hail from Japan). He finds a new iteration for the beautiful falling apart of blossoms on “Chiru.”

A new iteration for the beautiful falling apart of blossoms: ‘Chiru,’ Kaoru Watanabe, from Néo

Yet he also deals with pressing personal and political concerns with powerful American contexts. He picked up Questlove’s call for artists to write more protest songs, and created “Iki,” a hair-raising multilingual reminder of Eric Garner’s last words.

He explores the notion of kinship and blood (“Bloodlines”), drawing on work he did with several fellow musicians. They talked in poetic or narrative form about their families. Watanabe built the composition from there, using the text as a musical jumping-off point. “Musically, it’s supposed to sound like a very traditional festival ensemble,” explains Watanabe, “but we’re playing complex rhythms and improvising over them in a 38-beat measure.”

The compositions, like the time signatures, vary wildly, yet a striking thread ties it all together, a concept expressed in the final track, “One.” Watanabe crafted the solo piece, which moves from instrument to instrument, for a performance at St. John the Divine. “The cathedral is about going upward, connecting to the divine. Shinto inspires the drums and flute, and they have that same function. I wanted to celebrate that notion. The connection, the unity that binds us to something greater.” 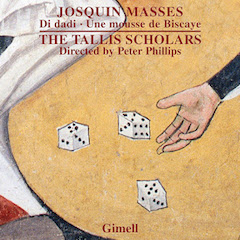 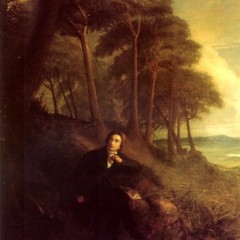