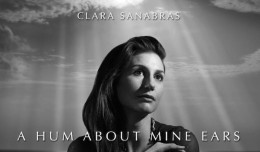 A HUM ABOUT MINE EARS

At first blush A Hum About Mine Ears (on Smudged Discs) has every sign of being a concept album, cooked up in the studio. Songs by the singer/songwriter Clara Sanabras all themed around Shakespeare’s The Tempest, with the participation of artists as diverse as Chorus of Dissent and the Young Dissenters, the Britten Sinfonia, Nigel Kennedy, London Voices, Lisa Knapp and Harvey and the Wallbangers. Reading the small print you discover that Harvey Brough (of Harvey and the Wallbangers) both orchestrated and conducted the music as well as acting as chorus master for the youth choir, the Young Dissenters.

But though there is indeed something “concept album” about it, particularly as different parts were recorded in different places, the work was in fact commissioned by Ruth Whitehead and Chorus of Dissent (a community choir local to where Clara Sanabras lives) and was premiered live before it was recorded.

Introducing A Hum About Mine Ears: Clara Sanabras discusses her new work prior to its performance at the Barbican (Europe’s largest multi-arts and conference venue, located in London) on March 6, 2016

‘Enter Ariel,’ from A Hum About Mine Ears by Clara Sanabras. Video is from the work’s premiere performance at London’s Barbican, with the Britten Sinfonia and Ceyda Tanc Youth Dance

It is effectively a song-cycle and the nine movements take a varied approach to Shakespeare’s text. The opening song, I cried to dream again sets Shakespeare directly (Caliban’s speech from Act 3, Scene 2), as does Yellow Sands (setting a trio of Ariel’s famous songs), and the closing song Prospero’s Soliloquy, sets Prospero’s final words. The remaining songs, though, set Sanabras’s own words, in which she invokes Shakespeare’s characters in terms of the contemporary concerns of her own, with ideas of exile and displacement, as well as Miranda being rather more of a spunkier modern girl.

‘Travellers Never Did Lie,’ Clara Sanabras, Britten Sinfonia, Harvey Brough, Harvey & The Wallbangers, from A Hum About Mine Ears

‘Miranda’s Dissent,’ from A Hum About Mine Ears. Clara Sanabras, Britten Sinfonia and Harvey Brough

Though Sanabras clearly has a voice that relies heavily on microphone technique 9and it would be impossible to imagine the vocal line performed acoustically) the fact that orchestrations use a traditional symphony orchestra with no electronic instruments, combined with the 38 singers of the choir, lends the disc an interesting crossover feel (in the best possible sense). Indeed, for me, Harvey Brough’s imaginative orchestrations (far more than simply backing) contribute immensely to my enjoyment of the disc.

‘I Cried to Dream Again,’ from A Hum About Mine Ears. Clara Sanabras, Britten Sinfoni and Harvey Brough

‘Caliban’s Cave,’ from A Hum About Mine Ears. Clara Sanabras, Britten Sinfonia and Harvey Brough

Sanabras’s style is distinctively unique, combining blues and jazz with a strong folk element. A number of the songs use the voice of Lisa Knapp as Ariel, and on Travellers Never Did Lie Harvey and the Wallbangers make an appearance, plus the Young Dissenters accompanied by bass, drums, piano and Indian harmonium, creating an attractive popular song that is perhaps the furthest from Shakespeare. At the center is the instrumental movement, The Tempest, Himself, featuring Nigel Kennedy.

I rather enjoyed this disc, and found Sanabras’s song making talent extremely intriguing. She writes quite large-scale pieces (movements lasting five or six minutes) but there is no sense of being over-extended. And the overall sound-world is appealing, and makes this far more than easy listening. 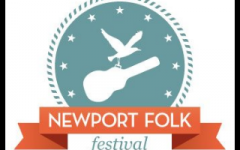 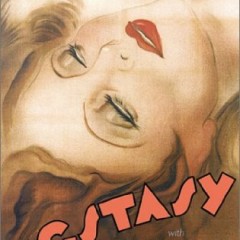