The Bells of Saint Thomas Wept 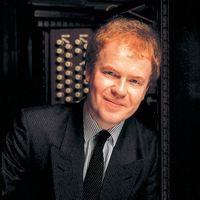 The New York City music community in general, and Saint Thomas Church on 5th Avenue in particular, will not be quite the same after the sudden death on August 12 of John Scott, organist and Director of Music at Saint Thomas. Mr. Scott had returned to New York on August 11 following what was, by all accounts, a successful European tour with the Saint Thomas Choir; the following day, after reporting not feeling well, he suffered a sudden cardiac episode. Rushed to Roosevelt Hospital, he never regained consciousness. At his side when he died was his wife Lily, who is pregnant with the Scotts’ first child, due in September. In addition to Lily, Mr. Scott’s survivors include two children, Emma and Alex, from a previous marriage, and two sisters, Judith and Helen.

Life at St. Thomas Choir School, with commentary by Rector Emeritus Reverend Andrew C. Mead and Director of Music John Scott, among others.

Since 2004 Mr. Scott had led the music at Saint Thomas, Fifth Avenue–an Episcopalian church very much in the spirit of the Anglican choral tradition, and boasting America’s only residential church-affiliated choir school. Prior to that, he had served at St Paul’s Cathedral for 14 years. At Saint Thomas he took over a world-class Men’s and Boy’s Choir and gave it an even higher profile by, in essence, taking it on the road–the choir performed in New Orleans after Hurricane Katrina (2005) and later at Carnegie Hall and at Lincoln Center’s White Light Festival. Annual performances of Handel’s Messiah were noted for their expressiveness and historical detail, frequently drawing high marks from critics. Also, he commissioned new music, notably Bright Mass with Canons by Nico Muhly, a composer who is also a member of the church’s congregation. To watch him conduct the choir was to see a master of precision and nuance at work; to hear his arresting arrangements of works sometimes centuries old was to understand how thoroughly he had absorbed not only individual works of past masters but the ethos of entire musical eras. At the Christmas Eve 2014 Mass his slight but telling alteration in the melody of the final verse of “Silent Night” was so delicately and emotionally performed by the choir boys as to leave many in attendance with tears in their eyes.

Born in 1956, John Scott was a chorister at Wakefield Cathedral before taking up an organ scholarship at St John’s Cambridge, under George Guest, in 1974. In 1977 he became the youngest organist to appear as a soloists at the BBC Proms, playing Reubke’s Sonata on the 94th Psalm.

He initially held the posts of Assistant Organist at St Paul’s and Southwark Cathedral, before in 1985 becoming Sub-Organist of St Paul’s, and then in 1990 the Organist and Director of Music. In 2004 he moved to Saint Thomas, New York, conducting the choir in services throughout the week (amounting to some 200 a year), as well as making a number of well-received recordings including, in 2013, the Requiems of Duruflé and Howells of which a Gramophone critic wrote: “As sung by the Saint Thomas forces under conductor John Scott, each work is illuminated through exceptional purity of pitch, delicately nuanced phrasing and lucid articulation of texts. The warm and spacious acoustics of the Manhattan church help to heighten the music’s sense of mystery and reverence.”

John Scott plays Mendelssohn’s Overture to St. Paul on the restored Kilgen organ at Our Lady of Refuge Church in Brooklyn, NY. It was the first time the organ had worked in years.

More recently Mr. Scott announced a 10-disc recording deal with U.K.-based Resonus Classics that will include Bach’s motets (now available) as well as Rachmaninov’s Vespers, Fauré’s Requiem and Handel’s Messiah plus solo recitals by Mr. Scott. The choir recently recorded an album of Christmas music, including works by Britten and Rutter.

In an obituary posted on the Saint Thomas Church website, Mr. Scott and his wife Lily are extolled as “the very heart of the Saint Thomas Church family and its mission.” In a brief but moving eulogy during a requiem service at Saint Thomas on August 13, Reverend Canon Carl F. Turner, Rector of Saint Thomas, remarked on how Mr. Scott deflected all efforts to praise him for an especially impressive or moving musical passage during a given week’s services. His ministry, Father Turner pointed out, was contained in the words of J.S. Bach that Mr. Scott insisted, for weeks on end, be inscribed on the church’s long-sought-after new organ: Soli Deo Gloria—Glory to God alone.

“He taught me about humility, not glory,” Father Turner said in reflection. “The only glory John sought was the glory of God.” 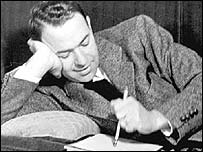 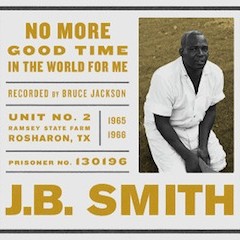 The Music Industry, Such as It Is…