It’s late spring in Havana, 1955, and the legendary Benny Moré is thrilling the audiences at La Campana nightclub with his music. Everyone’s arriving to listen, to see and be seen. But when Rolando Valdés, the leader of Orquesta Sensación, pulls up, it’s not the music inside that catches his attention, but the man outside, playing his guitar and singing.

He knows that voice. When he was still a teenager, he’d played percussion in the band accompanying him. It’s Abelardo Barosso, a man who’d already been a huge star twice and seen fame slip away each time. As Valdés comes closer, the singer recognizes him and smiles. “Pal,” he says hopefully. “I’ve been wanting to see you! I want to record a bolero with you.

In that moment, a new chapter of Cuban musical history began, documented on the World Circuit retrospective Cha Cha Cha, containing fourteen of the greatest songs recorded by Abelardo Barosso and Orquesta Sensación.

With a classic line-up of flute and violins, and invested with powerful groove and swing courtesy of a dream rhythm section, the recordings Barroso made with Orquesta Sensación for Puchito Records found the singer at the very peak of his powers. Although known primarily as a cha cha cha band, Barroso and Sensación put their unique stamp on other Cuban styles.

These lush and elegant recordings–among the most exquisite in Cuban music and now remastered for the first time in 60 years–are the subject of Cha Cha Cha featuring Abelardo Barroso with Orquesta Sensación. The project has been a personal passion for World Circuit’s Nick Gold, a long-time admirer of Barroso’s voice and his classic recordings with Sensación. This set joins World Circuit’s other classic re-issues of bands such as Orchestra Baobab, Los Zafiros and classic cumbia recordings.

Available on CD, 180 gm vinyl and as hi-resolution download, the album includes in depth liner notes, full lyrics in Spanish and English and rare photography.

Barroso was a faded legend. He’d shot to fame in the 1920s with Sexteto Habanero, who made the first LP ever recorded in Cuba, then went on to sing with all three leading groups of the son era. His voice earned him the nickname ‘El Caruso de Cuba.’ Then, when son’s popularity wilted, he returned to the bright lights with the danzónette craze of the 1930s. But as styles changed, his star dimmed once more. It was only through Moré’s patronage that he’d survived at all.

But Valdés wasn’t thinking of the past that night in Havana. He had a vision of the future, and suddenly he saw Barroso as part of it. Never mind bolero; what people wanted was the brand new cha cha cha, and Orquesta Sensación was going to give it to them. He even had the perfect songs in mind for Barosso to sing with the band–“La Hija De Juan Simón” and “En Guantánamo.” Both had been big hits years before; Barroso had even enjoyed early success with the former. People knew them by heart–but not the way the new band was going to record them. By July the record was out, and it was an instant hit.

The a cappella introduction to “En Guantánamo” was arresting. It cost Valdés $10, but it was powerful enough to make people stop and listen before bass and cowbell pushed the tune through to the chorus, with Barroso’s rich voice over the top. On its own it would have been a huge hit, but backed by “La Hija De Juan Simón” it was irresistible. And Valdés, a relentless self-promoter, made sure people knew who was singing, and who’d got him. At the beginning of the b-side “I added the introduction ‘esta es la Milonga de Barroso en cha cha cha…’ to let people know what they were getting. Oh man, get ready to run! Get ready to run!… From that point he was part of the band.”

It was impossible to avoid the recording. Before Valdés knew it, it was everywhere.

“I remember walking down the main street in Centro Habana and hearing Sensación coming out of every juke box in every bar I passed,” Valdés recalls. “Amazing. I walked back the way I had come to experience it again.”

It was a perfect partnership, and the start of Barroso’s third time of stardom, the most golden of his career. Orquesta Sensación and Abelardo Barosso enjoyed a string of smashes in Cuba, even if some of them were picked in unorthodox ways.

“Songwriters would offer me songs,” Valdés observed, “and my mother, who was a fortune teller, could tell from looking at a list which ones were going to be hits.”

And she was right, time after time. The cha cha cha was hot. Nobody did it better than Barroso and Orquesta Sensación. They were in demand, playing four show days plus television and radio. They were making money, plenty of it. Valdés might have been the mastermind, but it was Barroso that people heard.

“Barroso was very famous, and he was very good – every time he started with a band he lifted it,” Valdés says. “That’s the truth. Barroso was candela (hot)! We had so much work and it was with Sensación that he settled for the longest period of time and where he earned the most money.”

For four years they made the hottest music in Cuba, from the infectious liveliness of “El Manisero” to the tenderness of “El Huerfanito,” a song Barroso had been singing since the 1930s but was recorded for the first time.

‘Yo ta cansà (Ña Teresa),’ featured on Cha Cha Cha, a retrospective of recordings by Abelardo Barroso with orquesta SENSACION

By 1959, though, in a time of revolution on the island, the music had changed again. No one cared about the cha cha cha any more. Barroso was barely recording with the band; his final track with them came in 1965. His star was fading for the final time.

Abelardo Barroso’s last performance came on New Year’s Day, 1968. Soon after, he had an operation on his vocal chords that left him unable to sing. But even in retirement he learned that he hadn’t been forgotten. When Orquesta Aragón returned from a West African tour, they brought the surprising news that Cuban music was hugely popular there, with Barroso the most idolized singer of them all. The golden voice died of emphysema in Havana on September 27, 1972.

“Barroso had an amazing voice,” Valdés remembers. “A unique voice. And he was always keen to dance. If people saw him dance a rumba they would still be talking about it days later. Amazing! He had all the gestures and he was born a great artist.” Now the rest of the world can remember this singer’s charmed life and striking artistry. 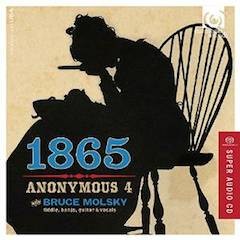 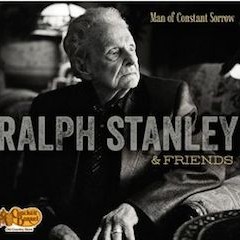