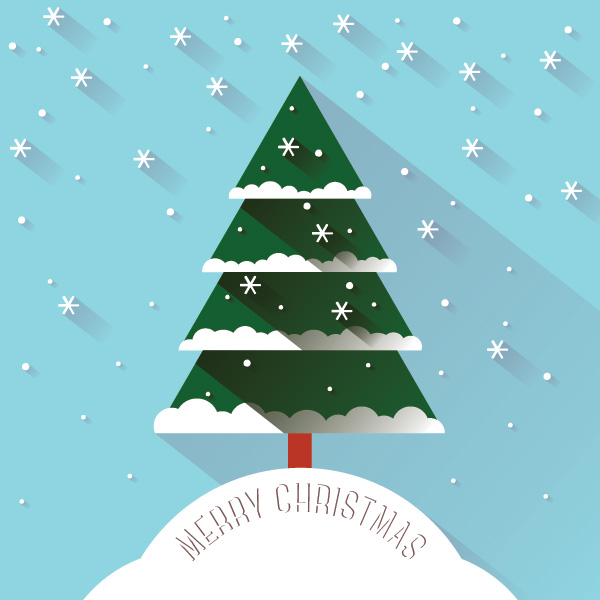 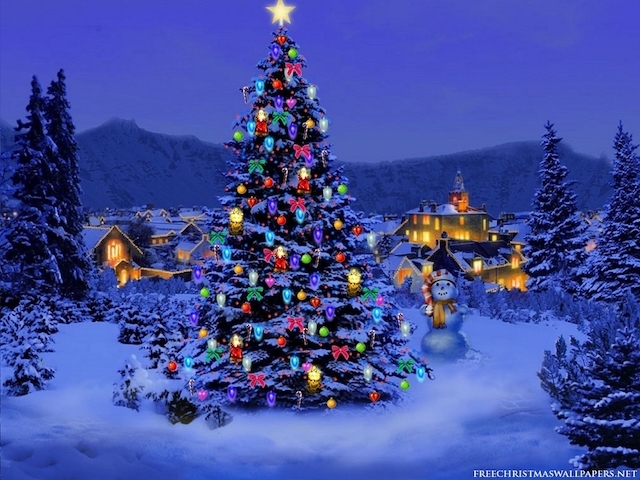 Ring out, wild bells, to the wild sky,

The flying cloud, the frosty light;

The year is dying in the night;

Ring out, wild bells, and let him die.

Ring out the old, ring in the new,

Ring, happy bells, across the snow:

The year is going, let him go;

Ring out the false, ring in the true.

Ring out the grief that saps the mind,

For those that here we see no more,

Ring out the feud of rich and poor,

Ring in redress to all mankind.

Ring out a slowly dying cause,

And ancient forms of party strife;

Ring in the nobler modes of life,

Ring out the want, the care the sin,

The faithless coldness of the times;

Ring out, ring out my mournful rhymes,

But ring the fuller minstrel in.

Ring out false pride in place and blood,

The civic slander and the spite;

Ring in the love of truth and right,

Ring in the common love of good.

Ring out the narrowing lust of gold;

Ring out the thousand wars of old,

Ring in the thousand years of peace.

Ring in the valiant man and free,

The larger heart, the kindlier hand;

Ring out the darkness of the land,

Ring in the Christ that is to be.

“Ring Out, Wild Bells” is a poem by Alfred, Lord Tennyson. Published in 1850, the year he was appointed Poet Laureate, it forms part of In Memoriam, Tennyson’s elegy to Arthur Henry Hallam, his sister’s fiancé who died at the age of twenty-two. According to a story widely held in Waltham Abbey, and repeated on many websites, the “wild bells” in question were the bells of the Abbey Church. According to the local story, Tennyson was staying at High Beach in the vicinity and heard the bells being rung. In some versions of the story it was a particularly stormy night and the bells were being swung by the wind rather than deliberately. (Source: Wikipedia)

A Christmas classic: The Pogues with Kirsty MacColl, ‘Fairytale of New York’: the boys in the NYPD Choir are still singing ‘Galway Bay’…

As I in hoary winter’s night stood shivering in the snow,

Surprised I was with sudden heat which made my heart to glow;

And lifting up a fearful eye to view what fire was near,

A pretty babe all burning bright did in the air appear;

Who, though scorched with excessive heat, such floods of tears did shed,

As though his floods should quench his flames, which with his tears were fed.

Yet none approach to warm their hearts, or feel my fire but I!

My faultless breast the furnace is, the fuel wounding thorns,

Love is the fire, and sighs the smoke, the ashes shame and scorns;

The fuel justice layeth on, and mercy blows the coals,

The metal in this furnace wrought are men’s defiled souls,

For which, as now on fire I am to work them to their good,

So will I melt into a bath to wash them in my blood.”

With this he vanished out of sight and swiftly shrunk away,

And straight I called unto mind that it was Christmas Day.

Robert Southwell (c. 1561–21 February 1595), also Saint Robert Southwell, was an English Roman Catholic priest of the Jesuit Order. He was also a poet and clandestine missionary in post-Reformation England. After being arrested and tortured by Sir Richard Topcliffe, Southwell was tried and convicted of high treason for his links to the Holy See. On 21 February 1595, Southwell was hanged, drawn and quartered at Tyburn. In 1970, he was canonised by Pope Paul VI as one of the Forty Martyrs of England and Wales. (Source: Wikipedia)

The fairest of the flowers that mark

Nor be in quest of places where

Nor seek for sacred trees that hold

And spread their latest riches out

But every gardener’s work this month

To choose a very beautiful

And see it through the open door

To reign a glorious reign within

Dollie Radford was the pen name of Caroline Maitland (1858–1920), an English poet and writer. In 1883 she married Ernest Radford. They had three children, one being the doctor and writer Maitland Radford. Her friends included Eleanor Marx, whom she knew through a Shakespeare reading group attended by Karl Marx, and Amy Levy. Her papers are housed at the William Andrews Clark Memorial Library at UCLA.

The Royal Guardsmen, ‘Snoopy’s Christmas’ (1967): Although fictitious, the song is set against the backdrop of a legitimate historical event. During World War I, in 1914, ‘The Christmas Truce’ was initiated not by German and British commanders, but by the soldiers themselves. The length of the cease-fire varied by location, and was reported to have been as brief as Christmas Day or as long as the week between Christmas and New Year’s Day. Trench-bound combatants exchanged small gifts across the lines, with Germans giving beer to the British, who sent tobacco and tinned meat back in return. No Man’s Land was cleared of dead bodies, trenches were repaired and drained, and troops from both sides shared pictures of their families and, in some places, used No Man’s Land for friendly games of football. The song even has the initiator correct as it was generally the German soldiers who called over to the British and initiated the truce and, in the song, it is the Red Baron—a German WWI hero—who extends the hand of Christmas friendship to Snoopy. (Source: Wikipedia)

The Christmas Homes of England

How far-famed and how dear;

In bright array they ever stand,

That glad day of the year;

When gathered round the hearth-stone,

The loved ones joyful meet,

With one accord from far and near,

The circle glad to greet.

O, many a joyous brow,

Which ever yet hath hailed that day,

When this one now returneth;

For they look, but look in vain,

The pride and joy of that glad home,

They ne’er shall see again!

On Alma’s bloody fields thy lords

Have found their lowly tomb;

The warrior grey, whose stalwart arm

Had prostrate laid the foe;

And gallant sons of noble sires,

By them in death lie low!

Where hath the death-wail not been heard,

Where hath it entered not?

And the widowed mother silent weeps,

And sheds the bitter tear,

As fancy sees her gallant boy,

The cold ground for his bier!

In that far-off Eastern land,

What thoughts will be awakened

Among that gallant band?

How from scenes so dark and fearful,

Their spirit will take flight

To the bright home of their childhood,

And the happy Christmas night!

The love of many years

Is turned into a ceaseless fount

Of bitterness and tears;

The mother and the widow,

The maiden and the child,

They call; but none shall answer,

There’s One, the widow’s God!

Who, while He chastens, pitieth

The sad ones ‘neath His rod;

His arm beneath supported

Thy loved ones in the field,

And whispered, “Leave thy little ones

To me, their God, their shield!

Let all unite in prayer,

That He, the widow’s God, may take

Such to His special care;

And we to whom he spareth

Our hearts best treasure yet;

The widow and the orphan,

O let us not forget!

Caroline Hayward was a Canadian poet from the Victorian era. “Christmas Homes of England” is her best-known poemz

A man is at his finest towards the finish of the year;

He is almost what he should be when the Christmas season is here;

Then he’s thinking more of others than he’s thought the months before,

And the laughter of his children is a joy worth toiling for.

He is less a selfish creature than at any other time;

When the Christmas spirit rules him he comes close to the sublime.

When it’s Christmas man is bigger and is better in his part;

He is keener for the service that is prompted by the heart.

All the petty thoughts and narrow seem to vanish for awhile

And the true reward he’s seeking is the glory of a smile.

That at Christmas he is almost what God wanted him to be.

Till he’d fought his selfish battles and had put aside his hate.

I’d not catch him at his labors when his thoughts are all of pelf,

On the long days and the dreary when he’s striving for himself.

I’d not take him when he’s sneering, when he’s scornful or depressed,

But I’d look for him at Christmas when he’s shining at his best.

Man is ever in a struggle and he’s oft misunderstood;

There are days the worst that’s in him is the master of the good,

But at Christmas kindness rules him and he puts himself aside

And his petty hates are vanquished and his heart is opened wide.

Oh, I don’t know how to say it, but somehow it seems to me

That at Christmas man is almost what God sent him here to be.

Edgar Albert Guest (20 August 1881, Birmingham, England–5 August 1959, Detroit, Michigan) (aka Eddie Guest) was a prolific English-born American poet who was popular in the first half of the 20th century and became known as the People’s Poet. 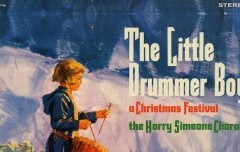