How To Have Fun With a Serious Song (Field Notes from a Music Biz Life, Part 3) 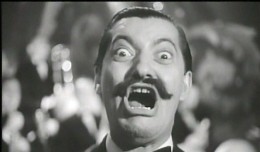 This is the third in a series of excerpts from the forthcoming book Field Notes from a Music Biz Life.

In the wake of “Ebb Tide,” Carl’s 1953 oceanic collaboration with composer Robert Maxwell, hundreds of orchestras and singers recorded it. Millions purchased those recordings. Critics fawned over it. Teens made out to it. Couples chose it as their wedding song.

It’s hardly inconceivable to believe that its orgasmic climax contributed to the conception of a substantial number of boomers. Were it not for “Ebb Tide,” it’s possible you yourself might not be here today.

“Ebb Tide” had become an important cultural document. It was ready for parody.

I must have been eight or nine the first time “Ebb Tide” made me laugh till it hurt. By then I was sick of hearing crooner after crooner brag about an ecstasy I couldn’t fathom. So when Carl gathered us round the Victrola in his den to spin a 78 of a song that dripped with overexposure, I put on my well-practiced pretend smile and sank as far into the couch as I could.

The ominous cackling of birds and the first sung syllable–a weird, drawn-out “Fiiiiiiiiiiiiiiiirrrst”–made it delightfully clear that we’d entered a universe far kid-friendlier than the one occupied by orchestra leader Frank Chacksfield and Vic Damone, a fine vocalist who nevertheless will always be “Victor Moan” to me.

This singer, a self-described song murderer named Jerry Colonna, doesn’t croon “Ebb Tide.” He caterwauls it. When the tide is supposed to ebb, it floods. Our hero doesn’t so much fall in love by the sea as fall into the sea. As the track closes, Colonna delivers a parting shot to Carl’s earnest lyric when he implores, “Hey, Ebb; come back”–a mischievous nod to the sentimental final scene of George Stevens’ Shane, another 1953 cultural touchstone.

Carl’s appreciation for a goofy send-up of his most profound song gave me full permission to laugh till my eyes watered and my stomach ached. But I owe my appreciation for Colonna’s zaniness mostly to Terry (his wife, my mom), who peppered my childhood with glorious contradictions like Uber-Fractured Fairy Tales, Christmas trees hung upside down from the ceiling, and a crossword solving technique involving penciled-in squares outside the grid to accommodate her preferred solutions

The ubiquity of “Ebb Tide” on the set lists of mid-’50s Las Vegas headliners made it a natural contributor to what musician/comedian Pete Barbutti called “tumult comedy,” where the humor arises from absurd situations rather than jokes with punch lines.

Vegas lounge pioneers the Mary Kaye Trio–Mary, her brother Norman Kaye and comedian Frank Ross–made entertaining music, but, Mike Weatherford writes in his 2001 book Cult Vegas, “The real secret weapon turned out to be Ross’s comedy. When Norman was onstage singing a dramatic song like ‘Ebb Tide,’ Frank would make a big show of stepping down to the bar, mixing a drink, and tossing it down before the end of the song.”

In his autobiography Born Standing Up, Martin recalls a career-altering experience that occurred during a 1974 appearance on Johnny Carson’s Tonight Show.

“For my first show back, I chose to do a bit I had developed years earlier at the Ice House. Appearing on the show was Sammy Davis, Jr., who, while still performing energetically, had also become a historic showbiz figure. I was whizzing along, singing a four-second version of ‘Ebb Tide,’ then saying at lightning speed, ‘Frank Sinatra personal friend of mine Sammy Davis Jr. personal friend of mine Steve Martin I’m a personal friend of mine too and now a little dancin’!’ I started a wild flail, which I must say was pretty funny, when a showbiz miracle occurred. The camera cut away to a dimly lit Johnny, precisely as he whirled up from his chair, doubling over with laughter. Suddenly, subliminally, I was endorsed. At the end of the act, Sammy came over and hugged me. I felt like I hadn’t been hugged since I was born.”

“Ebb Tide” has a special knack for attracting unintentional humor.

In 2002, two years after Carl’s death, I asked Phil Spector for permission to include two tracks he produced–“Marshmallow World” by Darlene Love from the 1963 Phil Spector Christmas Album and “Ebb Tide” by the Righteous Brothers–in a Carl Sigman boxed set.

Spector gave the nod, for which I was grateful beyond words. But in his acceptance note, he raged at Carl for neglecting to thank him for the use of Spector’s “Ebb Tide” in the iconic pottery-wheel love scene in the monster-hit romantic fantasy, Ghost.

Funny thing was, Ghost was “Ebb Tide”-less. Patrick Swayze and Demi Moore did make non-ironic love to a Phil Spector/Righteous Brothers track in that film, but that track was “Unchained Melody.”

A combination of “Unchained Melody” and “Ebb Tide” does provide the soundtrack for what might be called the pottery gone awry scene in Naked Gun 21/2, where the stuff is flung wildly about the studio as Leslie Neilson and Priscilla Presley consummate their passion amidst images of a hot dog, a train going through a tunnel, rockets launching, fireworks and, the coup de grace, a basketball slam dunk.

Spector’s confusion is understandable; he was likely inspired to choose those songs in the first place because Roy Hamilton had recorded both magnificently during the mid-’50s. It’s also sad, because Spector’s record was Carl’s very favorite version of “Ebb Tide.”

An acquaintance of Carl’s had something other than laughs in mind when he booked cruise ship tours under the name Carl Sigman. His after-dinner performances of Carl’s seaworthiest song served the singular purpose of scoring chicks. There is no independent verification of the success rate of a man who did not have both oars in the water.

Then there’s the occasional “Ebb Tide” denier–a know-it-all who’s convinced he’s forgotten more about pop music than I’ll ever know. He’ll challenge me to name a few of Carl’s songs; when I say “Ebb Tide,” he’ll interrupt and say something like, “No, he didn’t; I know who wrote that song and it wasn’t him.” To which I’ll reply, “Damn, you’re right. Would you believe, ‘God Bless America’?” 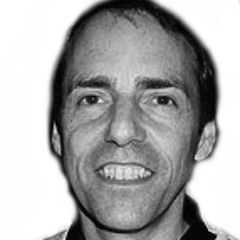 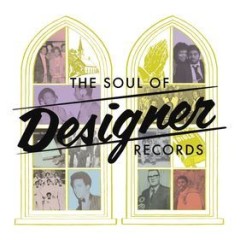 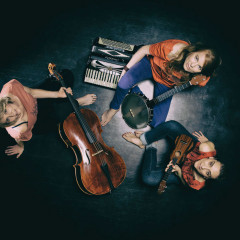 A Gathering of Voices, in Celebration and Covenant