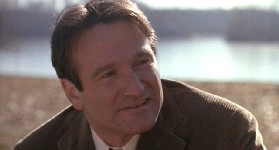 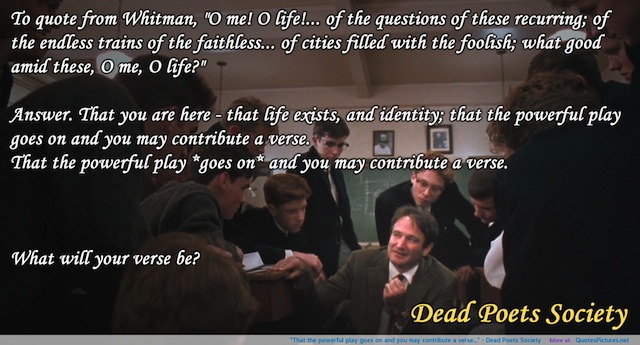 ‘Robin Williams’s death has really stirred up a lot of stuff for me. Big time.’

Once upon a time, in 1986, I was firmly perched on a Hard Rock Cafe barstool in NYC, having lunch. While finishing up my burger and beer, I noticed that Robin Williams was sitting alone at a table in the center of the room. We exchanged glances and smiles a couple of times. Robin seemed to be doing what the great artists do–observing quietly. He wasn’t drinking and I don’t recall him eating anything either. I figured he was waiting for someone. Nobody approached him and I thought that was a good thing. Imagine being a celebrity and having to endure the constant annoyances of well meaning fans. How can one live like that? I remember thinking of such intrusions and that kept me from approaching him. After I finished my lunch, I got up to leave, glanced towards him and, when he looked up at me, I winked and gave him a thumbs up. He winked back and gave me that big old Robin Williams rubber faced grin that I’ll never forget. Is there a greater comedic/dramatic genius of any age? I certainly can’t think of one. Chaplin perhaps. Robin rightfully belongs in the pantheon of lovable geniuses and his death has really stirred up a lot of stuff for me. Big time.

Two years ago, I was mired in a Mariana trench of despair and agony from a nearly forty-year case of unrecognized Lyme disease. I wanted to die, as leaving this world seemed like the only way beyond the suffering endured from a ten-year decline in my health, the cause of which no one could identify. The physical pain was constant and Vicodin barely took the edge off. I was judicious in my narcotics use cuz I didn’t want to get strung out. So I suffered. Couldn’t take even an ibuprofen as it caused ulcerative bleeding. There were days I couldn’t get out of bed or couldn’t function well at all, generally.

‘We must constantly look at things in a different way’: Robin Williams in Dead Poets Society

After coming back to Rhode Island in 2009, things got really scary. One day, while walking back to my car in the Stop & Shop parking lot, I lost familiarity with my surroundings. Not only could I not identify my car, I didn’t even know what Stop & Shop meant. I didn’t know where I was and got really scared. I wasn’t even sure of my own name. This feeling lasted only about a minute, but felt like an eternity. It would come and go for a few months, eventually developing to the point where I was so confused by coins I was unable to make change. I couldn’t read well at all and retained little of what I did read, all the while struggling to understand it. This from a lifelong avid reader and intrinsically curious person eager to learn about new stuff. I hoped this tribulation would pass, but it only got worse as time went on. I thought I had Alzheimer’s disease. I couldn’t sleep well. I couldn’t find my way home from places that were familiar to me. Without a GPS, I’d probably still be wandering the hinterlands of Rhode Island, foraging for roots and tubers.

Doctors were clueless. Finally, I put it together that it was Lyme disease, but then what? I couldn’t take antibiotics owing to the extreme reaction my body had to them, and I feared I would not survive the conventional medical treatment for a long-term Lyme patient. I was lost, swamped in hopelessness and incapacitated by severe physical pain. While I never made concrete plans to take my own life, I thought about it a lot. I went so far as starting to write a manual for the care of my beloved little coonhound, Stella Blue. I asked some friends if they might be willing to take her, should anything happen to me. Chris Gorman, my oldest and dearest friend and soul brother of another mother from Portsmouth Abbey, a prep school I attended, broke the code and realized that I was in seriously deep kimchi. Gorman’s a lovable cat and he put out an alert to some friends. Another Abbey buddy, Tony Susen, rang me up straight away and insisted on coming down to assess my despair. Tony lives in Walpole, MA, not far from where I live in Newport, RI, but I hadn’t seen him nor spoken to him in years. Dude rolled in like the cavalry and spent the evening with me, talking me down from a precipitous ledge. My Abbey brothers are the cream of the crop and friends beyond what I probably deserve.

Despite the loving support of selfless human beings, I felt overwhelmed and my agony was relentless. Such loneliness I have never known and can’t properly describe, at least at this moment. This isn’t the kind of loneliness that you feel when you’re bored on Saturday night. This was just plain horror and it refused to back off full throttle for a long time. I felt utterly unloved and I remember asking how much more of this I could endure. I learned that one can’t know the answer until one asks the question. Fortunately, I’m not as delicate as I look and I’m still here.

‘The powerful play goes on, and you may contribute a verse. What will your verse be?’ From Dead Poets Society

Robin Williams’ suicide brought me back to those days of profound anguish and hopelessness in my own life. Things are better for me now. A lot better. I can make change, for one, and I am in the middle of a pretty exciting project that could really be a game changer for my life. While I may never actually eradicate the Lyme disease, at least it isn’t in control of my life. We never really know the inner turmoil and distress of another person. For this reason, I think we should be slow to judge the suffering of others from a sanctimonious perch. I’ve read some pathetic garbage from haters judging Robin’s suicide. Well, what else would you expect from Rush the Blimp? But it isn’t just pompous gasbags spreading the venom. Merely a few hours after Robin Williams death, a friend of mine since kindergarten posted a disturbing comment on Facebook stating that Williams committed suicide, it was his choice, we should just move on and rather consider all the lives lost in the Iraq war. Dude’s body was barely cold and she wanted us all to move on. This seemed grossly selfish to me. I was absolutely furious when I read this from someone that purports to be a practicing Catholic. She obviously forgot to consider Robin’s generous entertainment of the troops in a war zone. She obviously forgot that many of us have been appalled for a long time by the utter waste of American lives through this stupid war, which is even more obvious from what we see on TV lately. She obviously forgot what it means to be human and that we are capable of mourning a great entertainer and loathing a senseless war simultaneously. Hopefully, this is a temporary brain fart for her. Her cold and judgmental comment just triggered me. My advice to my friend is to get to Mass early and spend time on your knees asking to be rid of this callous attitude. And if that isn’t possible, if her comment reflects who she really is, then she should just remove me from her Facebook friend list. And for my smug and sanctimonious friends out there, I’m not bashing religious people. Full disclosure–I am a practicing Catholic myself, countless warts and all.

Please know that my friend holds within her an enormous reservoir of goodness. She is a wonderful mother and was a devoted and loving daughter. I am certain of her natural good will and I hope that she understands that I love her without condition and for eternity. In fairness, she removed her Facebook post even before I opened my big fat mouth. My sharp edged comments say more about me in a flash of fragile vulnerability than about her opinion in a single point in time. My old friends know full well I can be a very sharp tongued and sarcastic asshole occasionally. Hey, I’m working on it, but I’m not cured. I hope that my friend can forgive me for my momentary lapse of reasonable tone. Robin Williams’ suicide just struck a nerve with a jackhammer for whatever reason and that lies within me.

I learned a lot through this ordeal. When the shit hits the fan, we learn who our friends are. But I also learned an even more valuable lesson: some people I thought were friends really weren’t. Now, I’m not saying that I was expecting others to drop everything and tend to my needs. That’s not really my style, as I’m sort of one of those nauseating people pleasers. But sometimes people let you down in life. That’s not my personal lesson, though. Rather, my disappointment in others led me squarely to what I know to be true, namely how much I’ve let others down and how my heartfelt regret over decades of indiscretions consumes me like a lead belly albatross draped around my neck. I only hope that, in time, I might be forgiven for my numerous shortcomings and particularly my sins of omission and otherwise. Trust me, this is not a short list by any means. If forgiveness comes my way during whatever lifetime I have left, it will be a welcome miracle. To all that I have hurt, offended or disappointed ,please know that I am sorry.  So very sorry.

Humans are complicated. There’s joy and sorrow and more all mixed up in the jambalaya of our existence. Some say that the person that takes their own life is acting selfishly. Only someone wholly lacking in empathy, compassion and mercy can come to that conclusion. Unfortunately, selfishness is our national epidemic. I’d rather quaff a tepid pint of Ebola Pale Ale than live in the skin of such people for ten minutes. I say those who judge smugly are the selfish ones, imposing their egocentric insecurities under the guise of self-righteous primacy. These are often the pseudo-religious types, engorged with misguided rectitude. Yes, Robin Williams was a tremendous actor. But by all accounts he was also a magnanimous and loving human being trapped in agony beyond what any of us on the outside could ever know.

I’ll never forget Robin’s wink and grin. I well up just thinking about it today. I shall treasure all of the laughter and joy and meaningful insight gleaned from his spectacular gift. I hope that someday in my own life I can begin to emulate the generosity of spirit and loving joy that Robin radiated by all accounts from those that knew him well. RIP, Robin. Thank you so much.

About the author: Having survived prostate cancer; long-term, chronic Lyme disease; and a full-blown Dark Night of the Soul, Tony Caputi decided to search for a new life path guided by joy and gratitude. Tony lives in Newport, RI, with his devoted coonhound, Stella Blue, where his life is emerging as part open-minded skeptic, cultural gadfly, raconteur and cynical optimist. 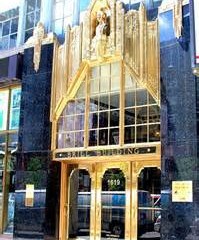 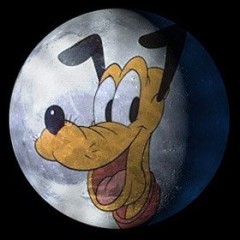