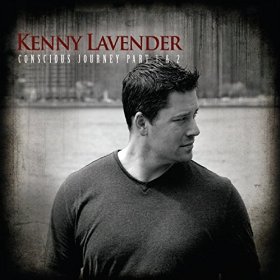 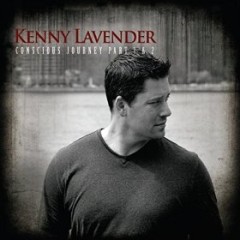 Two very different albums by two very different but very serious artists are about very personal journeys but coming from very different vantage points. Kenny Lavender, a stalwart New York session player and Broadway musician whose credits elicit a high Wow! Factor, doesn’t reveal it on the CD package of his double-CD solo debut Conscious Journey Part 1 & 2, but in a press release accompanying the album’s release he says the title refers his own life’s narrative: “Although not in chronological order, these tunes represent different stages in my personal growth, from falling in love with my wife to dealing with addiction and a lot in between.”

Guitarist Lawrence Blatt, on the other hand, is on an equally singular journey on his fourth album, Emergence, but his is one in which science meets music and the players in turn are tested by both. If you are now thoroughly confused, let’s let Mr. Blatt explain it himself in two succinct paragraphs he crafted for the CD’s inner sleeve. To wit:

The natural world is full of complex patterns and seemingly unexplained order. From the migration patterns of birds and butterflies to the beauty of an individual snowflake, our world is filled with endless expressions of mathematical complexity. Scientists who study these natural phenomenon have begun to understand the concept that the diverse patterns can be derived from simple rules, which often lead to unexpected outcomes. This scientific concept has been given the name “Emergence” and is now a central theme in the exploration of varied biological as well as inorganic systems.

I became intrigued by the biological implications of “Emergence” several years ago and I have no utilized the underlying tenets of this theory to produce my new musical project entitled Emergence. For each composition I wrote the basic guitar part by strictly adhering to musical rules of chord progression and scale theory. For the solo instrumentals that played on the album, no written music was given to individual performers. Instead, I instructed them on the “allowable” movement based on guidance from musical theory and practice. What emerged from this exercise was far greater than I could ever have imagined.

Beyond their tenuous conceptual connections, the Lavender and Blatt albums would seem to have little in common. Lavender’s is a big band album, bold and brassy, swinging and smoldering, with emotions writ large across its bold arrangements; Blatt’s Emergence, by contrast, features Blatt’s various acoustic guitars sometimes alone or with a violin or two, or only a wistful French horn, or a cello-English horn-French horn trio, or kicking it with a violin, acoustic bass, accordion, mandolin and penny whistle. But whereas the solos by trumpeter Lavender and the elite New York city players backing him here fall into a proscribed place in the arrangements, the freewheeling nature of those moments is quite in the nature of what Blatt calls “‘allowable’ movement based on guidance from musical theory and practice.” There are many ways to hear these two artists crossing paths with their latest work.

It’s a shame Lavender could not have given listeners a guide to his conceptual thinking on Conscious Journey because those coming to it unaware of its backstory may have trouble hearing the conflict—but not the tenderness—in “Beauty In a Kiss,” apparently an instrumental rendering of his marriage’s roller-coaster first decade. Lavender’s trumpet is mostly soft and searching here with an occasional burst of emotion keyed by the horn and reed sections that quickly subsides and resolves into another reflective passage. It’s a beautiful tune, and Lavender takes it to an elevated plane near the end when he cuts loose with an upper range solo that must surely embody his gratitude for his partner’s fortitude during what he admits was a bumpy decade-long ride. On the other hand, “As I Close My Eyes,” because Lavender wrote lyrics for it and sings it, will not be confused for anything but what it is: a heartfelt love song with a gentle swing in the horn arrangement, a zesty, bluesy piano solo by Rick Germanson and a cool, laid-back groove supporting Lavender’s masculine baritone voice. As a singer Lavender lacks much in the way of expressiveness and needs work on this part of his art, but you know, sometimes sincerity trumps technique, even in jazz, and he sings every lyric like he means it. However, he’s much better vocally on the last song on Part 1, the blues-based ballad “Flow Through Me,” when he takes a more low-key approach and caresses the lyric phrases delicately over Germanson’s atmospheric piano and the horns’ sultry interjections before taking his leave to spotlight a ruminative bass solo by Phil Palombi, backed for the most part only by Andy Watson’s soft, brush drums This, as Lavender writes in the abovementioned release, “is a story about how my love for my wife helped me overcome my addiction. She showed me that what I was looking for was right beside me the whole time. I featured my vocal on this track and wanted the band to come in with a sexy, bluesy shout to be joined again by the vocalist which releases the energy of the addiction in the last A.” Here is where music theory and practice meet soul.

Regardless of the stories behind the songs, big band lovers will get it when Lavender turns his players loose, as he does on the first song on Disc 1, “Velocity,” when the trumpets joust and soar in a rousing seven-minute workout concluding with John Chuboda’s wailing trumpet. Disc 2 is less story driven and more band spotlight, starting with the trumpet triumph of Juan Tizol’s exotic “Caravan” in Lavender’s nod to Duke Ellington, who first performed the song in 1936 and then recorded it some 350 times in his career. Also honored on this side: Clark Terry, the distinguished trumpeter beloved by Lavender whose influential career has found him working with Charlie Barnett, Count Basie, Duke Ellington, Quincy Jones, The Tonight Show Band (where he was a mainstay for 10 years and regularly dazzled audiences and viewers with virtuoso solos) and his own Big Bad Band and Titans of Jazz ensemble. Lavender’s “Clark’s Bark” evokes Terry’s positive, upbeat spirit, and when the horns and reeds fall in with each other with Germanson’s piano sidling along, you’ll hear a little of all these touchstones and more—I would swear there’s even a little nod to Henry Mancini in the pop-tinged jazz here—along with a strong solo by Lavender, who admits he threw in some “Maynard Ferguson flair towards the end” in what is arguably his most impressive trumpet solo on the two discs. In exploring his own feelings and experiences, while also tipping his hat to those titans whose styles he learned from, Kenny Lavender has produced a gem of a debut album. Maybe it hits harder if you know the personal history informing his songs, but as music qua music, Conscious Journey Part 1 & 2 is most rewarding.

If Lawrence Blatt is honoring any particular influence on Emergence, it’s likely to be his producer, William Ackerman. Yes, the same William Ackerman credited as the founding father of New Age for his own soothing, introspective, and highly melodic, acoustic guitar-based albums and for the music emanating from his label, Windham Hill, in the ‘70s and ‘80s, especially those featuring the sensitive piano work of George Winston. The calm settling over Blatt’s compositions on Emergence is redolent of Windham Hill’s signature sound, and the accompanists—Charlie Bisharat (violin), Eugene Friesen (cello), Jill Haley (English horn) and Lila Sklar (violin and viola)—are familiar to anyone familiar with Ackerman’s productions over the years. And just as Ackerman the guitarist took pride in disdaining standard tunings, so does Lawrence Blatt—in the liner copy he even lists the tuning of his guitar for each number (“A Promise in the Woods,” AEADF#A).

A video highlighting the production of the song ‘Where the Monarchs Go’ featured on Lawrence Blatt’s new album, Emergence. It describes the inspiration for the video and integrates film of Monarch butterflies in the wild along with footage from the video.

So Ackerman’s mark may be all over this album but it was Blatt who decreed the template be him recording the basic guitar tracks and then having these wonderful musicians react to what they were hearing without the benefit of sheet music or notes. The result sounds structured but not studied—Emergence gathers strength incrementally, with each cut, and pulls a listener ever deeper into its peaceful, über-romantic world. Yes, this is an album to fall in love with, and to. In “Gar Du Nord” you can admire the Mozartian flair in the conversation between, Blatt’s guitar, Sklar’s violin and viola, Friesen’s cello and Sam Bevan’s double bass; and you can gasp at the chamber-like beauty and concision of “Say Hello Again,” with Blatt’s lovely, searching lines achingly enhanced by the gently rising melody lines answering his by violinists Sklar (also on viola) and Charlie Bisharat and cellist Friesen. But ultimately you will be transported somewhere else, whether your mode of travel is the lilting Irish strains of “Passing Up Bridges,” especially when Jim Rothermel’s penny whistle evokes the endless green vistas of the Ould Sod, or the poignant melody, so resonant with loss and longing, as it’s underpinned by the elegiac hum of Richard “Gus” Sebring’s French horn in “Where the Pines Once Stood.” Let it be said that each musician in Blatt’s employ made the greatest use of his or her “allowable moment,” Blatt is at his most expressive and soulful, and Emergence is a work in which the animating impulse might well be revealed to be William Wordsworth’s memorable stanza in “Ode: Intimations of Immortality from Recollections of Early Childhood”:

Thanks to the human heart by which we live

Thanks to its tenderness, its joys and its fears,

To me the meanest flower that blows can give

Thoughts that do often lie too deep for tears 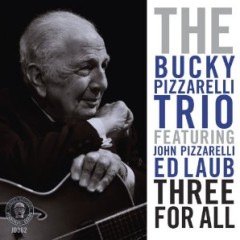 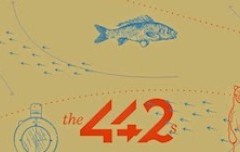