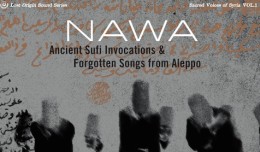 It all began with a bad cell phone connection. Musician and all-around creative instigator Jason Hamacher was about to drive into a tunnel near the Washington, D.C. zoo, when a friend and fellow musician called and said he had to check out “Serbian chant” for a new project the two were involved with.

Hamacher heard “Syrian chant.” Then he lost the call. “My mind ran in a thousand different directions in 45 seconds, ” Hamacher recalls.

That improbable inspiration launched a journey that took the hardcore drummer and photographer on a years-long quest to find and record some of the world’s oldest yet least known liturgical music, in a country that eventually devolved into civil war. Email shots-in-the-dark, ancient Christian chant, secretive Sufi orders: They all led to Sacred Voices of Syria, a series of recordings of rare traditions from one of the cradles of human culture.

Haunting and undeniably spiritual, NAWA: Ancient Sufi Invocations & Forgotten Songs From Aleppo is the first volume from the Sacred Voices of Syria and offers a glimpse into a past that has nearly been erased.

“Back in 2005, a couple of friends and I were trying to reinvent ourselves as musicians.” Hamacher recalls. “What we were trying to do was come up with a type of music, or a musical idea, that would bridge gaps.”

As unlikely as it may sound, being a drummer in the Washington DC punk community was the perfect training to become a guerilla documentarian. A pastor’s son, Hamacher made a name for himself in the Washington DC punk scene playing drums in Frodus, Battery, Decahedron and currently Regents. He was molded by the ethics of bands like Minor Threat and Fugazi that valued community, creativity and social justice over drinking, smoking, drugs and casual encounters.

Hamacher’s musical tastes evolved far beyond rock by digging through record stores the world over hunting for obscure music and interesting album art. At the same time, touring gave him ample time for reading and a random book bought at an airport while on tour set the stage for his later fascination and commitment to Syrian traditions.

“I’d purchased this book on a whim called From the Holy Mountain by writer William Dalrymple,” Hamacher recalls, “which retraced the journey of a Byzantine monk through the Levant.” In the book, Dalrymple encounters the oldest existing Christian chant in a church in Syria, and Hamacher was dying to hear what that sounded like. He decided to get in touch with Dalrymple, thinking surely the author would be able to turn him on to recordings of this ancient music.

He found an email address of someone who could pass on a message to Dalrymple, and didn’t expect to hear back. Surprisingly, the author got back to him a short time later, only to inform him that there were no recordings available. But he left him with a cryptic clue: go to the world’s oldest city, Aleppo, Syria, and give the cab driver these directions.

This hint nagged at Hamacher’s imagination, and dovetailed with another recent adventure. Taking off from a European tour, he had traveled around the Near East taking photographs. During his sojourn in Turkey and the Tur Abdin, he had found himself having lunch with a Syrian Orthodox Archbishop in a 1,700 yr-old monastery. Rather than act on flying into Syria and leaving his fate in the hands of a cab driver, Hamacher attempted to contact the Archbishop with the idea of getting a copy of the music from him.

“I found an email address, info@syrianorthodoxchurch.org, and sent my idea. I got an email back two days later from the Syrian Orthodox Archbishop of the United States, inviting me to come and sit with him to discuss the project.” Nervous, Hamacher did, and then asked for a recording of the liturgical chants from Urfa. The Archbishop regretfully informed him that none existed. “I thought to myself, you guys have been doing this for 1800 years and you don’t have a recording yet?” That’s when he decided that if he was going to hear a recording of the world’s oldest Christian chants, he was going to have to make the darn thing himself.

So he started making even more calls, following clue after clue on a huge global detective hunt that seems straight out of a novel. It all lined up, and in 2006 Hamacher made his first trip to Syria to see, hear and interact with the community that practiced the ancient chant traditions.

On his last trip in 2010, Hamacher had another revelation: “I didn’t record any Islamic chanting!” he laughs. Most of his time had been spent with Syria’s Christian and Jewish communities, and now Hamacher felt it was time to delve into Islam. He reached out to contacts from his 2008 trip to Syria and quickly discovered that a violinist friend was the great grandson of the Sheik of a revered Aleppo Sufi order. The violinist made a few calls, and before he knew it Jason was getting out of a car in Aleppo in front of his favorite mosque to record a group of guys who were getting together to practice the older Sufi chant traditions in a 500-year-old house a few doors down. He was the first Westerner to witness this very private gathering, and the last to record this group before they were scattered to the four winds by civil war.

Hamacher is on a mission now, bringing his encounters and experiences to as wide an audience as he can. His efforts led to the 2008 documentary Old Soul, which won the 2008 International Documentary Challenge; a book of his Syrian photography entitled, Aleppo, Syria: Witness to an Ancient Legacy; articles for VICE! and the Washington Post; and lectures on Syrian culture. And the biggest project: Hamacher started a record label, Lost Origin Sound Series, releasing a multi-volume series, Sacred Voices of Syria. So far, four LP and CD volumes of Sufi, Armenian, Chaldean and Syriac chant are in the works, as well as the original album of ancient Christian chanting to be released on Smithsonian Folkways.

Yet he’s staying true to his punk roots, holding listening parties at record stores and planning a national speaking tour to bring this lost world to new audiences.

Hamacher hopes others will share his awe of the recordings: “Recording the Nawa album was a moving experience. I returned home with a new perspective on Islam and a deeper connection to Syria. I spent many sleepless nights rocking my then four-month-old daughter to sleep listening and chanting along with the guys of Nawa.”

On the Eve of Destruction: Aleppo’s Traditional Music

Now much in ruin with its citizens dispersed, a victim of a brutal civil war, Aleppo is the ancient cultural core of Syria. On the eve of armed conflict, ethnomusicologist Jason Hamacher recorded the nine-member traditional choral group Nawa in Sufi songs and poetic muwashshah. The sound is intimate and profound. I own several other recordings from Aleppo, mainly from Institut du Monde Arabe, and this is the most emotional and moving. Alas, the album lasts merely 29 minutes. The leading track is a section of the Sufi rite, the dhikr with the mantra repetition of “Allah.” This is followed by a poem sung in rare maqam (mode) rakb and naqsh rhythm. Two more examples of dhikr ensue with two more brief muwashahah, this time in maqam husseini and jafta meter and maqam dugah and rhythm chambar halabi. Hamacher has recorded in Syria the music of Armenian, Syriac, and Assyrian Christians, who with Sufis are again at risk in these troubled times. Such recordings take on greater importance in documenting and preserving traditions. Indeed, Hamacher had gone to Aleppo to assist studies of ancient Jewish synagogues and sites but was thwarted. Members of Nawa are in exile. –Dr. Debra Jan Bibel, Amazon Top 500 Reviewer 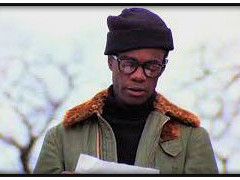