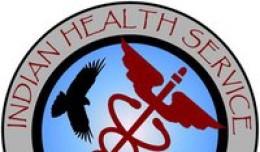 On March 3 Senator Paul Ryan (R-WI), the former Republican candidate for Vice President, released a spurious review of programs that attack the War on Poverty, saying the War’s 50th anniversary “is an opportunity to review the record in full. And we should seize it.” The report’s underlying premise mirrors Ryan’s and his fellow Republicans’ disdain for federal assistance to all but the richest Americans.

In addressing the matter of Native American health, Ryan’s review recommends slashing the Indian Health Service budget by $637 million, and justifies this unconscionable cut with factually inaccurate reasoning, as Mark Trahant, the 20th Atwood Chair at the University of Alaska Anchorage and a member of The Shoshone-Bannock Tribes, pointed out in Indian Country Today Media Network.

In a March 4 article headlined “A Note to Paul Ryan: Indian Health Funding Is a Treaty Obligation,” Trahant says: The Ryan report lumps the Indian Health Service in with other social programs. The history is described this way: “The IHS was officially established within the Department of Health and Human Services in 1955 (then the Department of Health, Education, and Welfare) as part of the Transfer Act. But the federal initiatives designed to increase access to health services for tribal members existed as far back as 1830.”

What the Ryan report calls a “federal initiative,” I would call a treaty obligation. Nowhere in this report is there a mention of why the federal government funds and operates Indian health programs. Nearly every treaty in the United States, the supreme law of the land, has a health care provision. A provision that has never been fully funded.

Concludes Trahant: The Ryan approach to Indian country is quite clear. End Medicaid and give the money to states (that’s worth a column by itself). Then drastically curtail funding for the Indian Health system. And, finally, pretend treaty promises never existed.

Ryan went on to insert his foot in his mouth again on March 12 when he appeared on fellow thug Bill Bennett’s Morning in America program to explain how his proposed reformation of America’s poverty programs would focus on creating work requirements for men “in our inner cities” and dealing with the “real culture problem” in these communities; he cited as proof of his claims a discredited study by “social scientist” Charles Murray of the American Enterprise Institute who is described in a profile at the Southern Poverty Law Center website as “using racist pseudoscience and misleading statistics to argue that social inequality is caused by the genetic inferiority of the black and Latino communities, women and the poor.”

“The President’s balanced and responsible budget strategy supports the pivotal role this Department plays as a driver of jobs and economic activity in communities across the country,” Secretary Jewell said in a statement posted on the DOI website. “The budget enables Interior to carry out its important missions and contains key proposals to uphold our trust responsibilities to American Indians and Alaska Natives, provide a new approach for responsibly budgeting for wildland-fire-suppression needs, invest in climate resilience, and bolster our national parks and public lands in advance of the National Park Service’s 100th anniversary in 2016. Importantly, the President continues to support full, permanent funding for the Land and Water Conservation Fund, one of the Nation’s most effective tools for expanding access for hunting and fishing, creating ball fields and other places for children to play and learn, and protecting Civil War battlefields.”

Supporting families and communities, the 2015 budget launches the Tiwahe Initiative, with an increase of $11.6 million in social services and job training programs to address the interrelated problems of child and family welfare, poverty, violence and substance abuse in tribal communities. Tiwahe is the Lakota word for “family.” Through this initiative, social services and job training programs will be integrated and expanded to provide culturally appropriate programs to assist and empower families and individuals through economic opportunity, health promotion, family stability, and strengthened communities.

Promoting public safety and tribal community resilience, the 2015 budget request includes resources to build on BIA Law Enforcement’s recent successes in reducing violent crime. A pilot program will be implemented to lower repeat incarceration rates in tribally operated jails on three reservations–Red Lake in Minnesota, Ute Mountain in Colorado and Duck Valley in Nevada–with a new Priority Goal to lower repeat incarcerations by a total of 3 percent by Sept. 30, 2015. The Alternatives to Incarceration Strategy will seek to address underlying causes of repeat offenses, such as substance abuse and lack of adequate access to social service support, through intergovernmental and interagency partnerships.

Support for Tribes also includes $112 million budgeted in the Bureau of Reclamation for water settlements and funds budgeted by the National Park Service for tribal historic preservation and the Fish and Wildlife Service to assist Tribes in managing wildlife.

The FY 2015 budget request is complemented by a proposal in the President’s Opportunity, Growth, and Security Initiative to further invest in economic development and education to promote strong, resilient tribal economies and improve educational opportunities in Indian Country.

A full overview of the Fiscal Year 2015 Interior Budget is here. 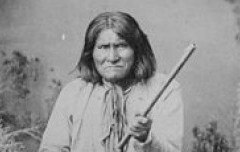