Christine Santelli's Video Of The Month 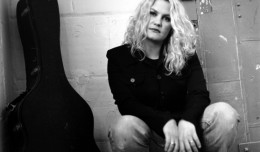 Once strictly a restaurant, the Lincoln Inn is now presenting music every Saturday, curated by Ms. Santelli. Follow this link to more information about the music series.

Ms. Santelli’s 2013 EP, Limelight ’69, was honored as one of Deep Roots’ EPs of the Year. Follow this link to the full review of same in Deep Roots. Her 2012 album, Dragonfly, was honored as a Deep Roots Album of the Year selection (see review below). More recently Ms. Santelli found herself part of Bettye LaVette’s 2015 Grammy-nominated Worthy album, which will compete for the statuette for Best Blues Album of 2015. “Step Away,” a song co-written by Ms. Santelli and Brian Mitchell, is featured on the album. Check it out below.

Bettye LaVette, ‘Step Away,’ from the Grammy-nominated Worthy album

‘something rare, beautiful and revelatory’

Bleak and austere in the manner of Bruce Springsteen’s Nebraska; flush with the burnished, poignant, bittersweet persistence of memory fueling Virginia Woolf’s To The Lighthouse; and asserting self-reliance in the Marlene Dietrich style (“good for nothing/men are good for nothing”) even as the last vestiges of dependency linger (think Carmen McRae’s “How Did He Look”), Christine Santelli’s solo acoustic stunner Dragonfly is a complex, coming of age work. For all intents and purposes this self-released, bracingly honest work establishes a clear demarcation point between the blues-based artist fronting a full band, introduced on record in 1993 (24 Hours), and the fully matured singer-songwriter whose voice and acoustic guitar alone give wings to her poetry.

This poetry, the 15 original songs she culled from her “100 Songs in 100 Days” project of summer 2011 (from which one video per month has been appearing regularly in this publication), comes not from out of the blue, but rather is the logical progression of a pattern of steady growth in her writing, playing and singing beginning with 2006’s masterful Tales From the Red Room and flowering fully on 2009’s Any Better Time. These albums, though rooted in blues, offered intriguing evidence of an artist whose writing was turning increasingly inward and finding its most affecting expression outside the blues–in the country strains of the confessional “She Wasn’t Wrong” and her paean to the natural world on “Take a Look” (on Red Room); and on Any Better Time in the Appalachian strains of the haunting loneliness of “Calgary,” on which a fingerpicked guitar and crying fiddle beautifully augmented her parched, bluesy vocal; in the delicate beauty of the folk-flavored “Brown-Haired Girl”; and in the clambering, Waits-ish cabaret backdrop of “For You.”

Christine Santelli and band, ‘My Town.’ A solo acoustic version is featured on Dragonfly.

With the estimable Dave Gross assisting her in the production of Dragonfly, Ms. Santelli dispenses with all effects and affectations and presents herself naked on disc. It has the feel of memoir, does Dragonfly, and though she always draws on her life experiences in her songs, she does so in the guise of a storyteller projecting her life onto another’s in pursuit of a larger theme than self-portrait could provide. To pile on the literary allusions, Dragonfly is a musical Our Town, and she’s playing the Stage Manager. In this role, in her songs, she reveals much of the modern malaise afflicting personal relationships, especially those of a romantic nature, and in unsparing detail to boot.

It starts off cheerily enough, with a sweet, lilting love song, “Sweet Rita,” about a man who cherishes his bride as “his angel from above” and the memory of their betrothal remaining sunny “through our lives.” This glow is quickly doused on the next song, the tellingly titled “I’m Done,” darker still and a merciless catalogue of a one-sided relationship coming to a complete, non-negotiable halt–“I’m done, I’m done, I’m done”–she cries thrice–“pleasing you/I’m leaving you now to do all the things I wanted to.” It doesn’t end there, though; she goes on to catalogue “all the things” she’s planning, including not asking her old flame’s advice “’cause that’s something I’d do in my old life.”

From her 100 Songs in 100 Days project, ‘Why Call Me,’ as featured on Dragonfly–a masterpiece of mixed-up confusion.

As despairing as matters get on this album, it’s not all bleak, no more than it would be in our town or any other. The ragtimey “Close to You” is a cute, fun vow of affection (you could hear Leon Redbone, with his honking voice, really making hay with this one) and “Dragonfly,” halting and subdued, is Santelli at her most seductive, singing a metaphor-rich promise of commitment in a tiny, vulnerable voice, sweet and open and beautiful. Less dark but no less vivid than Bruce Springsteen’s “My Hometown,” Santelli’s “My Town” describes a place where “the mayor’s drunk and the cops are too” and not much is going on, but “I wouldn’t change it for the world,” as she proclaims sturdily in a soaring chorus, the song being another example of maturity allowing the narrator to see more virtue than desperation in the burg’s sleepy demeanor. Even better, the jaunty “My Grandad” recalls “special times I won’t forget” with the man who loved the ponies, his “suds,” and his little granddaughter, whom, he assured her, would “have my day in the sun.”

At which point Dragonfly takes a 180 turn, aiming its spotlight on those living in a world of hurt. “In Why Did You Run,” a love affair that flourishes in an autumn of no money but abundant riches of heart, is now but a tainted memory after one partner takes a powder, leaving the other to ask “hey, hey, hey, why did you run?” but, as the song’s abrupt ending suggests, receiving no answer. In one of the album’s two variances from the guitar-vocal setup, “Find My Way Home” is a powerful gospel-tinged piano-and-vocal heartbreaker chronicling disconnect, in heart and in spirit, with a remote paramour. Somber, low-key with a rich melody and a deeply soulful and subtly searing vocal, “Your Name’s Now Up In Lights” sends a message to a departed lover who shunned her support as he followed his own trajectory to something greater than they had together–and yet, she can’t quit him, as she reveals in the unsettling final verse, to wit: “I can feel your touch as you wander through the days/And I know you’re right there/I can feel you smiling down on me/Guiding me through your prayer.”

Among all the 15 tracks, two are unqualified major songs. “Ten Years Ago,” briskly fingerpicked and intensely introspective with a whispery vocal, speaks to an old flame with a devastating series of rhetorical questions: “Is she pretty like I once was/Does she laugh at your jokes/Does her hair hang down just right/When you make love are there stars out above at night,” all leading to the most shattering query: “Is she me just ten years ago,” repeated twice and left to hang there in the quiet between tracks so you can fully absorb the magnitude of betrayal Santelli describes with cool, surgical equanimity.

The other of the towering two is “Why Call Me,” a masterpiece of what Dylan called mixed-up confusion. Bookended by two unusual kissofs in “I Don’t Want to Get Dressed” and “No Neckties”–the former resigned and fairly upbeat, the latter another piano-and-vocal arrangement with a whimsical, quizzical bent as she ponders the lack of physical evidence of her man’s presence–“Why Call Me” unfolds at a deliberate pace. Santelli’s nuanced phrasing incrementally reveals the song’s layered, and roiling, emotions–from seething resentment to wistful reflection (“I hung on every word, until the sound would fall’)–as she tries to crawl from the wreckage of a hit-and-run relationship that’s left her with no clue as to either party’s motives. The chorus, sung assertively in the only  moment when she sounds sure of herself, says it all: “It could have been your smile/It could have been your blonde hair/It could have been your mischievous life/Or the fact you didn’t care.” This is songwriting of a higher caliber, and a performance artfully colored to enhance the impact she makes in her blunt descriptions of a devastating romantic debacle.

Thus Dragonfly, a moment when art and life are transposed into something rare, beautiful and revelatory–a moment when Christine Santelli’s heart, to quote Virginia Woolf in To The Lighthouse, “leapt at her and seized her and tortured her.”

Christine’s new solo acoustic album, Dragonfly, is available at her website, and at various online music sites. The above review was first published in the March 2011 issue of TheBluegrassSpecial.com. 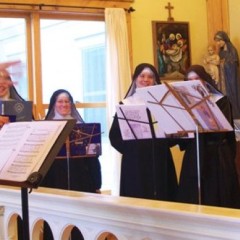 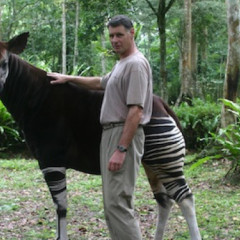