It’s been way too long since we’ve heard from Bill Powers and Shelley Gray, the married duo at the heart of Honey Don’t (the Pride of Paonia, CO), and the sundry gifted musicians that help them out when it’s time to record. It’s not like Powers has been sitting on his duff—he makes music leading a sharp rock ‘n’ roll outfit (the Silvertone Devils), teams with his bride in an old-timey band (Sweet Sunny South) and a group formed for the express purpose of entertaining children (Duck Duck Grey Duck), in addition to holding down a regular job hosting a roots music show on public radio station KVNF. So it’s a special pleasure to welcome back Powers and Grey and Honey Don’t with a solid advance over their impressive 2009 self-titled debut. Heart Like a Wheel (no, they don’t cover the McGarrigles’ great song but they do offer up an ethereal, Cowboy Junkies-like take on Blondie’s “Heart of Glass” in which Gray nods to Margo Timmins in her uncanny ability to seem to be completely outside the song but deeply inside it at the same time) is not a reprise of the first album in any respect—sonically, aesthetically, attitudinally, musically, you name it. For one, they’re making ample use of Eric Moon on organ to add some punch and depth to the sound, and the sound, in turn, takes on a harder edge here and there. “Breaking Down,” the opening track, is a bucolic country-rocker evincing a Neil Young influence, especially in Powers’s soaring, stinging lead guitar solo; this is followed by a bopping delight called “Rock and a Hard Place,” a humorous woe-is-me rocker with cool Powers-Gray harmonies, Betsie Ellis’s sizzling fiddling, the aforementioned Eric Moon spicing things up with a little Cajun accordion flourish and some nice wordplay that would make Carl Perkins proud he wrote a song these folks would name their group after

Honey Don’t with a new original song from the album Heart Like a Wheel, ‘Colorado Wine.’ Video shot and edited by Barry Smith.

Powers and Gray know how to have fun, but Heart Like a Wheel is most memorable for its tender moments—moments when Powers’s lyrics are most poetic and piercing and the reflective themes bring out his most sensitive vocalizing. Cases in point: the shuffling beauty about a rootless man seeking direction, “Feel Like Going Home”; the title track, which may be a sequel to “Feel Like Going Home” in that it concerns two lovers’ reunion and the anticipation of what’s to unfold. Then there’s “Colorado Wine,” one of the first songs Powers wrote for this project, a gentle but uptempo homage to the Rocky Mountain State’s natural wonders that finds Powers’s reedy voice at its most affecting, especially when delivering one of his finest lyrics, to wit: “There’s a songbird singing a song about June/there’s Venus at the tip of a sliver of moon/and it’s all just so much/think about grace/truth is it happens every day in this place…”, at which point Gray edges in with her silky harmonizing as the chorus rises into an irresistible singsong refrain. And then there’s “Stand Up!” This one’s also about the land; in fact, Powers wrote it as a call to arms when Paonia was threatened by fracking, and though it seems rather mild mannered even when he and Gray join voices to sing “So everybody stand up! Stand up! Stand up and raise your voice/the time is now/we have no other choice…,” the resolve in their voices, and the toughness of the music supporting them, betrays what folly it would be to underestimate these folks when their very quality of life hangs in the balance. Well, in whatever configuration they arrive, Powers and Gray always play as if something is at stake. In Heart Like a Wheel they’ve brought together the best elements of all their musical personalities and delivered something meaty, elemental and invaluable all at once. That it happens to be great fun as well only makes the album doubly memorable. 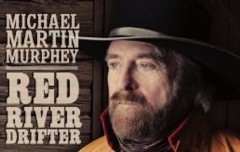 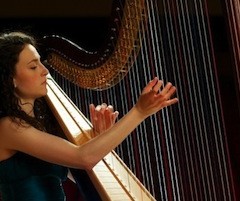