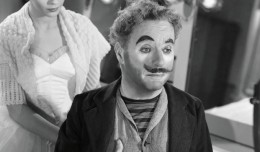 The only work of prose fiction ever written by Charlie Chaplin, a dark, nostalgic novella that was the root of his great film Limelight and which has languished in bits and pieces for over 60 years, has finally been made whole by Chaplin biographer David Robinson and is being shopped by Cineteca di Bologna, an Italian film restoration institute charged with digitizing the Chaplin archive for the film icon’s family.

Floodlights, as the 34,000-word book is titled, was completed in 1948 and then adapted into the 1952 autobiographical film Limelight. The book tells the story of an aging, alcoholic clown named Calvero, and the ballerina he saves from suicide. The film, in which Chaplin played Calvero and Claire Bloom the ballerina, was the final American movie Chaplin made before Attorney General James P. McGranery revoked his re-entry permit and stated that Chaplin would not be readmitted to the country unless he consented to an interview concerning his political views and moral behavior. In 1947 the FBI launched an official investigation into Chaplin’s purported Communist ties and he was later subpoenaed to appear (but was never called to testify) before the House Un-American Activities Committee (HUAC). Though he denied being a Communist (and instead described himself as a “peacemonger”), Chaplin could not defuse the attacks on his views and character. Representative John E. Rankin of Mississippi told Congress in June 1947: “His very life in Hollywood is detrimental to the moral fabric of America. [If he is deported] … his loathsome pictures can be kept from before the eyes of the American youth. He should be deported and gotten rid of at once.”

Chaplin decided he would have no more of “America’s insults and moral pomposity,” stating: “Whether I re-entered that unhappy country or not was of little consequence to me. I would like to have told them that the sooner I was rid of that hate-beleaguered atmosphere the better.” In 1953 he and his wife Oona (who renounced her U.S. citizenship and became a British citizen) moved permanently to the 37-acre estate Manoir de Ban overlooking Lake Geneva in Corsier-sur-Vevey, Switzerland.

Floodlights, which Chaplin wrote in 1948, before the Limelight script, widens and deepens the story, giving an insight into the author’s state of mind at the time.

The novel was “pieced together” from handwritten notes and typed scripts and vignettes by David Robinson under the auspices of the Cineteca di Bologna. Cecilia Cenciarelli, co-director of the Cineteca’s Chaplin project, told The Hindu that the novella “has shadows. It’s the story of a comedian who has lost his public, by a comedian who at that time had lost his public, who was referred to in the press of the time as a ‘former comedian’, a ‘former successful film maker’” It is a prequel of sorts to the film, in that it fleshes out “why Calvero has nightmares, why he is so disenchanted with his career, with the public,” she said. “The book deals a little more with the relationship of the artist to his audience, with the meaning of art.” “I know I’m funny,” says Chaplin’s Calvero in the novella, “but the managers think I’m through … a has-been. God! It would be wonderful to make them eat their words. That’s what I hate about getting old—the contempt and indifference they show you. They think I’m useless . . . That’s why it would be wonderful to make a comeback! . . . I mean sensational! To rock them with laughter like I used to . . . to hear that roar go up . . . waves of laughter coming at you, lifting you off your feet . . . what a tonic! You want to laugh with them, but you hold back and laugh inside . . . God, there’s nothing like it! As much as I hate those lousy—I love to hear them laugh!” Chaplin was “going through a very bad time in America” when he wrote the novella, said Robinson. “He was a big target for J Edgar Hoover . . . which was effective to the extent that a great deal of middle America openly turned against him. This was a shock to him, who had been the best loved man in the world for 30 years.” These feelings, said Robinson, “works themselves out in the story of Calvero.”

Footlights, complete with Robinson’s commentary and description of the story’s evolution, was launched last week by the Cineteca, with an event at the British Film Institute Southbank featuring Robinson and Bloom, to whom the book is dedicated. As of this writing, Footlights does not have a British or American publisher.

“It is astonishing that this man who went to school for six months in his life managed to become a writer,” Cenciarelli said. “The reason it has never been published before is because the family has been a little protective . . . but eventually they were convinced this would be a good thing to do.”

From Limelight, ‘The Spring Song’ scene with Claire Bloom as Thereza. Chaplin dedicated his Footlights novella to Bloom.

“He never meant it for publication,” said Robinson. “It was something absolutely private . . . He wrote it for himself.”

A spokesman for the Cineteca called Chaplin’s writing “vivid” and “idiosyncratic,” saying it moves “from the baldly colloquial to moments of rich imagery and Dickensian description.”

Footlights is illustrated with previously unpublished documents and photographs from the Chaplin archives. 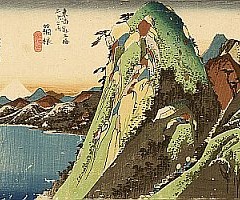