A bright, long duration flare may be the first recorded event of a black hole destroying a star in a dwarf galaxy. The evidence comes from two independent studies using data from NASA’s Chandra X-ray Observatory and other telescopes.

As part of an ongoing search of Chandra’s archival data for events signaling the disruption of stars by massive black holes, astronomers found a prime candidate. Beginning in 1999, an unusually bright X-ray source had appeared in a dwarf galaxy and then faded until it was no longer detected after 2005.

“We can’t see the star being torn apart by the black hole,” says Peter Maksym of the University of Alabama in Tuscaloosa, Ala., who led one of the studies, “but we can track what happens to the star’s remains, and compare it with other, similar events. This one fits the profile of ‘death by a black hole.’”

Scientists predict that a star that wanders too close to a giant, or supermassive, black hole could be ripped apart by extreme tidal forces. As the stellar debris falls toward the black hole, it would produce intense X-radiation as it is heated to millions of degrees. The X-rays would diminish in a characteristic manner as the hot gas spiraled inward.

In the past few years, Chandra and other astronomical satellites have identified several suspected cases of a supermassive black hole ripping apart a nearby star. This newly discovered episode of cosmic, black-hole-induced violence is different because it has been associated with a much smaller galaxy than these other cases.

The so-called dwarf galaxy is located in the galaxy cluster Abell 1795, about 800 million light years from Earth. It contains about 700 million stars, far less than a typical galaxy like the Milky Way, which has between 200 and 400 billion stars.

Moreover, the black hole in this dwarf galaxy may be only be a few hundred thousand times as massive as the sun, making it ten times less massive than the galaxy’s supermassive black hole, and placing it in what astronomers call an “intermediate mass black hole” category.

“Scientists have been searching for these intermediate mass black holes for decades,” says Davide Donato of NASA’s Goddard Space Flight Center (GSFC) in Greenbelt, Md., who led a separate team of researchers. “We have lots of evidence for small black holes and very big ones, but these medium-sized ones have been tough to pin down.”

A star that wanders too close to a supermassive black hole is doomed, as it should be ripped apart by extreme tidal forces. The debris from the star is expected to fall towards the black hole, getting hotter and producing intense X-rays. The X-rays should then fade as the hot gas spirals inward. Using Chandra, this behavior may have been spotted, for the first time, in a dwarf galaxy. Bright X-rays from the location of this small galaxy were seen in 1999 until they faded and eventually disappeared in 2005. In the past few years, Chandra and other astronomical satellites have identified several suspected cases of a supermassive black hole ripping apart a nearby star. This newly discovered episode is different because it has been associated with a much smaller galaxy than these other cases. The black hole responsible for the destruction may be only a few hundred thousand times as massive as the Sun, making it ten times less massive than the galaxy’s supermassive black hole. Astronomers believe that black holes of this size may be the “seeds” that ultimately formed the supermassive black holes in the centers of galaxies like the Milky Way. (NASA/CXC/A. Hobart)

The evidence for a star being ripped apart by the dwarf galaxy’s black hole came from combing through Chandra data that had been taken over several years. Because Abell 1795 is a target that Chandra observes regularly to help calibrate its instruments, the researchers had access to an unusually large reservoir of data on this object.

“We are very lucky that we had so much data on Abell 1795 over such a long period of time,” said Donato’s co-author Brad Cenko, also of GSFC. “Without that, we could never have uncovered this special event.”

The dwarf galaxy’s location in a galaxy cluster also makes it a potential victim of another type of cosmic violence. Because galaxy clusters are crowded with galaxies, it’s possible that a large number of stars have been pulled away from the dwarf galaxy by gravitational interactions with another galaxy in the past, a process called tidal stripping.

“It looks like the stars in this galaxy not only need to worry about the black hole in the center,” said Makysm’s co-author Melville Ulmer of Northwestern University in Evanston, Ill. “They might also be stolen away on the outside by gravity from a passing galaxy.”

Astronomers believe that intermediate mass black holes may be the “seeds” that ultimately formed the supermassive black holes in the centers of galaxies like the Milky Way. Finding additional nearby examples should teach us about how these primordial galaxies from the early universe grew and evolved over cosmic time.

Some of the additional clues to this star attack came from NASA’s Extreme Ultraviolet Explorer that picked up a very bright ultraviolet source in 1998, which could have marked a time just after the star was initially torn apart. A flare in X-rays may have also been detected with ESA’s XMM-Newton satellite in 2000.

Peter Maksym presented these results today at the 223rd meeting of the American Astronomical Society meeting in Washington, DC on behalf of his team. A paper describing their work is available online and was published in the November 1st, 2013 issue of the Monthly Notices of the Royal Astronomical Society. The paper by Davide Donato and his colleagues on this same event is available online and was accepted for publication in The Astrophysical Journal. 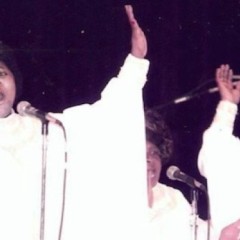