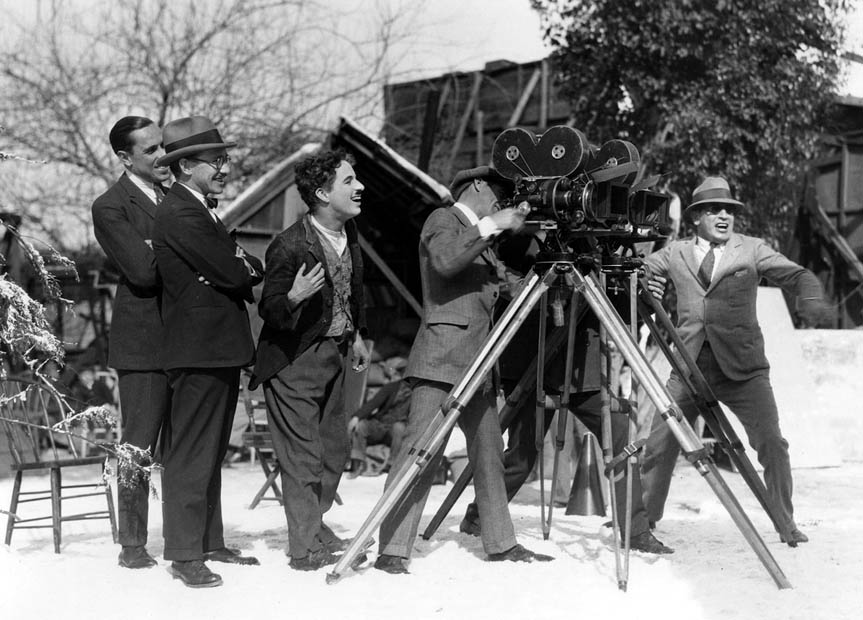 Note: To mark the 125th anniversary year of Charlie Chaplin’s birth, Deep Roots is continuing a tradition dating back to our previous incarnation as TheBluegrassSpecial.com of honoring posthumous milestones of great masters—Bill Monroe, Charles Dickens, Woody Guthrie—each month of the milestone year. So throughout 2014 we will be featuring a perspective on Chaplin, sometimes—as in this month’s initial entry—by the man himself, sometimes by those who knew and/or worked with him. To start our Chaplin homage, we turn to his autobiography, titled My Autobiography, for an excerpt in which he discusses some of his ideas about filmmaking. Bear in mind that film historian Mark Cousins has cited Chaplin for changing ‘not only the imagery of cinema, but also its sociology and grammar’ and claims that Chaplin was as important to the development of comedy as a genre as D.W. Griffith (whom Chaplin references in the excerpt below) was to drama. He was the first to popularize feature-length comedy and to slow down the pace of action, adding pathos and subtlety to it. Chaplin biographer David Robinson notes that Chaplin’s innovations were “rapidly assimilated to become part of the common practice of film craft.” Charlie Chaplin was born April 16, 1889 in London.

This discursive autobiography should not preclude essaying a few remarks about film-making. Although many worth-while books have been written on the subject, the trouble is that most of them impose the cinematic taste of the author. Such a book should be nothing more than a technical primer which teaches one to know the tools of the trade. Beyond that the imaginative student should use his own art sense about dramatic effects. If the amateur is creative he needs only the barest technical essentials. To an artist complete freedom to do the unorthodox is usually most exciting, and that is why many a director’s first picture has freshness and quality.

The intellectualizing of line and space, composition, tempo, etc., is all very well, but it has little to do with acting, and is liable to fall into acrid dogma. Simplicity of approach is always best.

Personally, I loathe tricky effects, photographing through the fireplace from the viewpoint of a piece of coal, or traveling with an actor through a hotel lobby as though escorting him on a bicycle; to me they are facile and obvious. As long as an audience is familiar with the set, it does not want the tedium of a traveling smear across the screen to see an actor move from one place to another. Such pompous effects slow up action, are boring and unpleasant, and have been mistaken for that tiresome word “art.”
My own camera set-up is based on facilitating choreography for the actor’s movements. When a camera is placed on the floor or moves about the player’s nostrils, it is the camera that is giving the performance and not the actor. The camera should not obtrude.

Time-saving in films is still the basic virtue. Both Eisenstein and Griffith knew it. Quick cutting and dissolving from one scene to another are the dynamics of film technique.

Charlie Chaplin directing City Lights: A look behind the scenes as Chaplin directs one of the most memorable scenes in the 1931 film, City Lights. This particular scene was key in order for the blind girl to think that the Tramp was actually a wealthy man. Chaplin spent a year trying to figure out how to accomplish this, and ended up with 342 takes of the scene when all was said and done. Part of his problem was with his female lead, Virginia Cherrill, whose conduct Chaplin derided as unprofessional—so much so that during production of City Lights he threated to replace Cherrill and re-shoot the entire movie. He went so far as to screen test his Gold Rush co-star Georgia Hale for the part of the blind girl (as seen in the second video) and was going to hire her until he learned he didn’t have time to completely re-do the movie with a new female lead. Though Cherrill is certainly affecting in her role, Chaplin’s frustration with her is evident at times in this video.

I am surprised that some critics say that my camera technique is old-fashioned, that I have not kept up with the times. What times? My technique is the outcome of thinking for myself, of my own logic and approach; it is not borrowed from what are others are doing. If in art one must keep up with the times, then Rembrandt would be a back number compared to Van Gogh.

While on the subject of films, a few brief words may be profitable for those contemplating making a super-duper special—which, as a matter of fact, is the easiest picture to make. It requires little imagination or talent in acting or directing. All one needs is ten million dollars, multitudinous crowds, costumes, elaborate sets and scenery. With a glorification of glue and canvas, one can float the languorous Cleopatra down the Nile, march twenty thousand extras into the Red Sea, or blow down the walls of Jericho; all of which is nothing but the virtuosity of building contractors. And while the field-marshal sits in his directorial chair, his drill sergeants sweat and grunt over the landscape, bawling out orders to the divisions: one whistle meaning “ten thousand from the left,” two whistles “ten thousand from the right,” and three, “all on and go to it.”

The theme of most of these spectacles is Superman. The hero can out-jump, out-climb, out-shoot, out-fight and out-love anyone in the picture. In fact, every human problem is solved by these methods—except thinking.

Also a brief word about directing. In handling actors in a scee, psychology is most helpful. For instance a member of the cast may join the company in the middle of a production. Although an excellent actor he may be nervous in his new surroundings. This is where a director’s humility can be very helpful, as I have often found under these circumstances. Although knowing what I wanted, I would take the new members aside and confide in him that I was tired, worried and at a loss to know what to do with the scene. Very soon he would forget his own nervousness and try to help me and I would get a good performance out of him.

Marc Connelly, the playwright, once posted the question: what shoud an author’s approach be in writing for the theatre? Should it be the intellectual or the emotional? I think primarily emotional, because it is more interesting in the theatre than intellect; the theatre is designed for it, its rostrum, its proscenium, its red curtains, its whole architectural flounce is addressed to the emotion. Naturally intellect participates but it is secondary. Chekhov knew this; so did Molnár and many other playwrights. They also knew the importance of theatricalism, which is basically the art in playwriting. 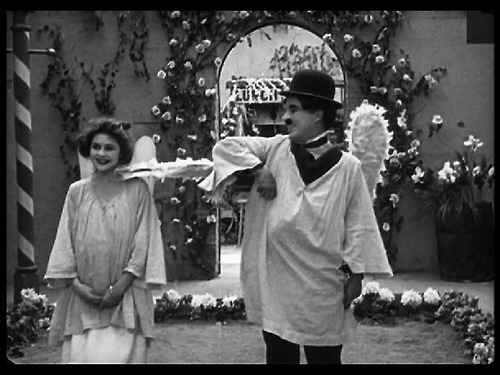 To me theatricalism means dramatic embellishment: the act of the aposiopesis; the abrupt closing of a book; the lighting of a cigarette; the effects off-stage, a pistol shot, a cry, a fall, a crash; an effective entrance, an effective exit—all of which may seem cheap and obvious, bit if treated sensitively and with discretion, they are the poetry of the theatre.

An example of what I mean was a prologue I put on in New York with my picture A Woman of Paris. I those days prologues went with all the feature pictures and lasted about half an hour. I had no script or story but I remembered a sentimental coloured print captioned “Beethoven’s Sonata,” depicting an artistic studio and a group of bohemians sitting moodily about in half-light, listening to a violinist. So I reproduced the scene on the stage, having only two days to prepare it.

I engaged a pianist, a violinist, apache dancers and a singer, then utilized every theatrical trick I know. Guests sat around on settees or on the floor with their backs to the audience, ignoring them and drinking Scotch, while the violinist poured out the sonata, and in a musical pause a drunk snored. After the violinist had played, the apache dancers had danced, and the singer had sung Auprès de ma Blonde two lines were spoken. Said a guest: ‘It’s three o’clock, I must be going.’ Said another: ‘Yes, we must all be going,’ ad libbing as they exited.  When the last had gone, the host lit a cigarette and began turning out the lights of the studio as voices were heard singing down the street Auprès de ma Blonde. When the stage had darkened, except for the moonlight streaming in through the centre window, the host exited and, as the singing grew fainter, the curtain slowly descended.

During this nonsense you could have heard a pin drop from the audience. For half an hour nothing had been said, nothing but a few ordinary vaudeville acts had taken place on the stage. Yet on the opening night the cast took nine curtain calls.

Excerpt from My Autobiography by Charles Chaplin, first published by Simon & Schuster in 1964. 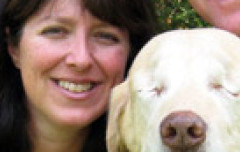 A 2nd Chance for Orphaned Pets