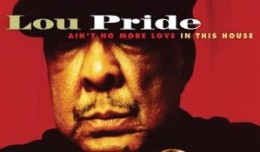 AIN’T NO MORE LOVE IN THIS HOUSE

Fate did not decree that the classic soul/blues singer Lou Pride would be recognized as one of the finest stylists of his generation, but when ill health claimed his life at age 68 in June 2012, he left behind a body of work any artist would be, well, proud to lay claim to. Ain’t No More Love In This House, veering as it does between southern soul circa Memphis and Muscle Shoals in the ‘60s and sleek Philly soul of early ‘70s vintage, is in the pocket with Pride’s finest work, which explains why hopes were high when for it being his breakout moment after he completed sessions in early 2012. With some moments of beautiful heartbreak and some others of a feisty nature, a surprise or two and an overall timeless feel about it, the album showcases everything that was wonderful about Lou Pride that made him an instant audience favorite whenever and wherever he showed up. If this is his last will and testament as a recording artist, a fine one it is for a classy gentleman whose smooth, laid-back style and sly phrasing, even his vocal timbre, summoned memories of Bobby Blue Bland. Accordingly, producers Dave Earl and Steve Gomes fashion a sexy soundscape with Pride’s vocals snuggling up to sumptuous horn-laden arrangements, shadowed by some stinging, soulful guitar work and supported by silky, impassioned background vocalists seconding his emotions.

AUDIO CLIP: Lou Pride, ‘Take It Slow,’ from Ain’t No More Love In This House

Love is theme here, explored darkly in the throbbing, gospel-inflected Pride-penned title track and heatedly (with a big assist from Johnny Moeller’s piercing guitar attack) in Pride’s randy “She Boom Boom Me.” Between those bookends are tasty entries such as “Take It Slow,” a sensuous, smoldering groove of a love song with Pride so engulfed by his woman’s passion that he has to urge her to take a breath, as the horns bump gently behind him, a wah-wah guitar plays discreet fills and the keys flutter with music-box delicacy through the arrangement. On a similar note, “Never” has some wonderful give-and-take between Pride and his backup vocalists as he testifies to his all-consuming commitment to his woman over a gospel-soul arrangement that inspires Pride to divest himself of some impressive falsetto theatrics that would impress even Al Green. Immersed in a glossy Philly Soul groove, Pride delivers a warm, measured love letter full of promises his strong vocal attack assures will be fulfilled.

On a gritty note, in “I Didn’t Take Your Woman” (a thoughtful remake of a stomping tune Pride released on his 1997 album, Twisting the Knife) Pride confronts a woman’s jealous lover with the aim of explaining why the latter’s woman “is in my house.” Its tough, horn-punctuated Staples-like groove and Pride’s muscular vocal brook no nonsense as he explains, “I saw you mistreat her, day after day/all I did was pick up good love/you kept throwin’ away…the way you treated that woman, what else did you expect/I didn’t take your woman” as the backing vocalists cry, “You gave her to me!”

AUDIO CLIP: Lou Pride, ‘Daddy Won’t You Walk So Fast,’ from Ain’t No More Love In This House

Familial love is part of the discussion here too, on the album’s most surprising number: a startling reworking of “Daddy Don’t You Walk So Fast”—yes, the maudlin 1972 Wayne Newton hit that, much like his “Danke Schoen,” has a touching lyric that was crying out for a reconsideration. Pride and his producers delivered just that, in a gospel inspired meditation on the power of a daughter’s affection for her father, with Pride digging into the lyric to the point where his feelings are near palpable as he sings of returning to his child and trying to “make a new life” with her and her mother. The arrangement has a “Rainy Night in Georgia” feel about it, but the testifying is strictly out of the church, expressive and powerfully felt by our man and his supporting singers with the rich backing of Benji Porecki’s husky organ and a subdued but evocative horn arrangement by Kenny Rittenhouse. It’s a beautiful thing.

“Daddy Don’t You Walk So Fast” sets the stage for a potent closing number, “Holding Back the Years,” a gently percolating groove with a soft, surging horn section and affecting atmospherics supplied by a muted trumpet’s solo discourses under Pride’s moving reflections on some things lost to time and others worth holding on to in spite of wasted tears and wasted years when “nothing had a chance to be good/nothing ever could, no, no, no,” his voice rising to a falsetto cry at the end. In the end, one of the background singers, a female voice emanating strength and resolve, shouts, “I’ll keep holdin’ on,” and he queries tenderly, “Will you do it for me, babe?” They go out figuratively arm-in-arm, united in their vow to move forward and take whatever life throws at them, holdin’ on all the way.

AUDIO CLIP: Lou Pride, ‘Holding Back the Years,’ from Ain’t No More Love in This House

Lou Pride wasn’t able to hold on long enough to enjoy the fruits of his fertile labors on Ain’t No More Love In This House, but somewhere out there, some poor soul is taking comfort in the resiliency on display here and in the gentle, loving words that define this splendid classic soul gathering. What to say but thanks for the memories? 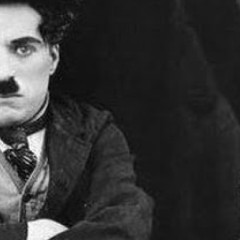 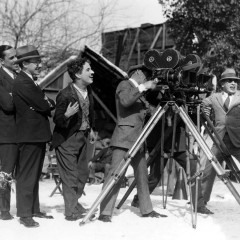