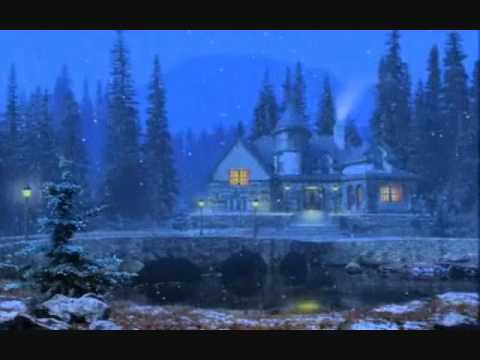 Punk-pop was raging in L.A. in 1979 when former marketing major Justin Wilde convinced his songwriting partner Doug Konecky to collaborate with him on a Christmas tune. The pair had met two years earlier in a UCLA songwriting workshop, and quickly began collaborating on sentimental tunes with titles such as “There’s Magic In My Love.” Little did they know what they were in for, however, when Wilde became obsessed with the notion that making money from a traditional holiday melody supporting romantic images of mistletoe and falling snow would be as easy for them as it had been for Bing Crosby and Irving Berlin. The writing turned out to be much easier than convincing someone to record the song.

But an industry that wasn’t much attuned anymore to new holiday material certainly underestimated the resolve of Mr Wilde, who credits his parents, Ruth and Jerry Volomino, with instilling in him the unwavering determination he called upon to single-handedly turn “Mistletoe” into a holiday mainstay.

In the early ‘80s Wilde worked tirelessly in pitching the song to any popular singer he thought might be or knew would be working on a Christmas album. He’ll be the first to admit it was a hard sell in an industry that wasn’t geared to pushing holiday singles much anymore. It was more cost-efficient, and altogether cheaper, to have artists recycle the old standards.

“Before I got the first record on it, I had sent the song out 376 times,” says Wilde. “Back in the ‘40s, ‘50s and early ‘60s, when it was mainly a singles market, it was very commonplace for labels to release Christmas singles. By the time I was promoting ‘Mistletoe,’ it was now an album-oriented market, and they were hardly ever releasing singles from the albums anymore.”

Despite all these obstacles, Wilde continued to  promote “Mistletoe” on his own.

“In 1984, when I heard that Dolly Parton and Kenny Rogers were doing a duet Christmas album, I was in seventh heaven, and thought it was the answer to my prayers,” he says. “I gave tapes to everyone involved in the project, but all of a sudden, Dolly came in just before the recording session started with about six original Christmas songs she had written, which just about eliminated all other original material. I was devastated, but I picked myself up, because I knew that Barbara Mandrell was also getting ready to record a Christmas album. So I marched myself home, made another tape, and expressed mailed it to Tom Collins, Barbara’s producer at the time. They got the tape on Friday, and Barbara began cutting ‘It Must Have Been The Mistletoe’ on Monday.”

Soon after Barbara Mandrell recorded “Mistletoe” for her 1984 Christmas At Our House set, she was involved in a serious car accident. A promotional vinyl 45, with “Mistletoe” as its B-side, had been issued to country radio only, but that was the extent of the promotion on Mandrell’s Christmas album.

That didn’t stop Wilde from quickly coming up with an alternate plan in which he and Konecky would diligently hand deliver “Mistletoe” singles for five days straight to pop stations in their home state of California during the 1984 holiday season.

“Because of her horrible car accident, Barbara Mandrell was out of commission for the next nine months and wasn’t able to do any promotion on the album,” recalls Wilde. MCA’s Los Angeles office had a stack of promotion singles, but decided not to send them to Pop radio. “At that point I took over the promotional campaign myself, gathered those records, and turned ‘Mistletoe’ into the A-side by using a nail to scratch off the other two songs on it so only our song could be played. Doug and I then left for five days to deliver them ourselves by car to over 100 stations in California. I surveyed all of them the following January and found that most played it, and that I had received a great listener response.”

Over the next ten years, Wilde continued to independently mail Mandrell’s version to radio stations each Christmas. During that time, he sent the song out over a thousand times to other artists, hoping to land new covers of it. Attaining new recordings had always been an important factor in turning a holiday tune into a classic, but Wilde discovered that unlike the past, most artists were now reluctant to record a song someone had already released.

Tyler Overton, a student at Myron Ice’s Encore Voice Studio, performs ‘It Must Have Been the Mistletoe’ at his 2012 Winter Recital. Well done. Posted at YouTube by reoverton1.

“Some of the major standards of the golden era of songwriting in the 1940s and ‘50s had been cut fifty to seventy or more times,” explains Wilde. “Someone like Perry Como or Patti Page didn’t care whether forty-five people recorded a song before they were led to do their own version of it. But after the Beatles, few people wanted to record a song someone else had already recorded.”

Despite facing these new challenges, Wilde persevered, and was successful in getting two other artists–Vikki Carr and Kathie Lee Gifford–to include it on their own Christmas projects. Over the years he would also single-handedly get Mandrell’s version of “Mistletoe” placed in 14 compilation holiday discs, 35 sheet music folio books, a soap opera, two TV movies, various choral arrangements, and even a music box. “I left no stone unturned,” he says. “Any place I could find to put the song in order to expose it to the public, I pursued.”

“Mr. Christmas” finally knew his exhaustive decade-long effort to make his song a familiar standard was paying off when he was out holiday shopping one December day at a Hallmark greeting card store in California. “I was in one of the malls doing my Christmas shopping,” he recalls, “and suddenly I heard ‘It Must Have Been The Mistletoe’ playing on their speaker system. I was actually paying the cashier at the time, and I stopped dead in my tracks, hardly able to speak. Finally I shouted out, ‘They are playing my song, they’re playing my song!’ The store clerk thought I was nuts, until I explained to her I had co-written the song, and that it was the first time I had ever heard it played in public.”

The success of “It Must Have Been the Mistletoe” inspired Wilde to set up his Christmas and Holiday Music publishing company, which now represents well over 200 seasonal tunes that have been recorded by artists ranging from Vince Gill to Ray Charles to Rosanne Cash to Toby Keith et al. He’s now known as “Mr. Christmas.” He and Konecky also recorded an album of Jewish holiday songs, Happy Hanukkah, My Friend, released in September 2000. Reviewing the album, Jewish Music.com wrote, “the collaboration of a Jewish and non-Jewish songwriter and the result is American and very pop–emotional, loving songs not unlike the hits at the top of the country charts.” 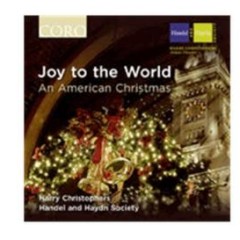 Christmas in All Hues of Blues