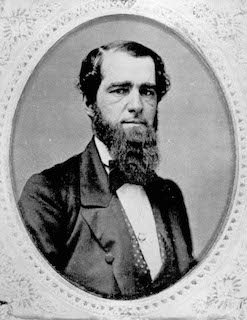 When James Lord Pierpont of Medford, Massachusetts, sat down at the piano in Simpson’s Tavern—a boardinghouse that owned the town’s only piano—and wrote a song he titled “One Horse Open Sleigh” in 1850, he wasn’t intending to give the world a jolly Christmas carol; in fact, in an undocumented but thus far irrefutable claim, scholars agree that the song was penned as a Thanksgiving treat for Pierpont’s father’s Sunday School class. The absence of any reference to “Christmas” in the lyrics bolsters the assertion that Pierpont’s inspiration was not the holiday season but rather the annual one-horse open-sleigh races on Salem and Pleasant Streets between Medford Square and Malden Square. No matter—it quickly caught on with the townsfolk and became a Christmas favorite that year. When a Pierpont friend described the song as “a merry little jingle,” it soon became known as “Jingle Bells” and its popularity spread.

Pierpont himself took little notice of the song after its initial acclaim; he didn’t even copyright it as “Jingle Bells” until 1857, by which time he was living in Savannah, Georgia, and married to the former Eliza Jane Purse, daughter of Savannah mayor Thomas Purse. He died in 1893 and was buried in Savannah’s Laurel Grove Cemetery. Both Savannah and Medford claim him as one of their own. A marker in Savannah’s Troup Square honors his history there, whereas a marker at 19 High Street in Medford, where Simpson’s Tavern once stood, asserts he wrote “Jingle Bells” right there, with Mrs. Otis Waterman as a witness.

“Jingle Bells” was first recorded on music boxes and various other mechanical music devices. In 1898 the Edison Male Quartette cut it on an Edison cylinder, and it appeared again as a recording in 1902 by the Hayden Quartet. Recording for Victor in 1925, the Shannon Quartet introduced one of the most clever arrangements the song has ever enjoyed, with intricate part singing, calliope sounds, and a music box-like effect between verses. Benny Goodman & His Orchestra had the first hit on phonograph records, when their 1935 rendition reached #18 on the Billboard chart. Six years later, in 1941, “Jingle Bells” was a hit for multiple artists, including Glenn Miller & His Orchestra with Tex Beneke, Marion Hutton and, with a #5 single, Ernie Caceres and the Modernaires.

But “Jingle Bells” didn’t really become a seasonal standard, and proliferate worldwide, until 1943, when superstar crooner Bing Crosby engaged the Andrew Sisters in one of several of their scintillating pairings on record. Their jolly version sold more than a million copies and was a cultural phenomenon of its day. In 1951 the visionary Les Paul had a #10 hit with it in a multitracked guitar version. But by far the most novel approach to “Jingle Bells” came by way of Copenhagen’s Don Charles, who in 1955 recorded a version of “Jingle Bells” as barked by his Singing Dogs to the tune of a million copies sold and annual radio play unceasing since the single’s release.

The version that put ‘Jingle Bells’ on the holiday map for good: Bing Crosby & the Andrews Sisters, 1943

In a one horse open sleigh,

O’er the hills we go,

Laughing all the way;

Oh what sport to ride and sing

Jingle all the way;

Oh! what joy it is to ride

In a one horse open sleigh. [repeat four lines]

I thought I take a ride

Was seated by my side,

The horse was lean and lank

He got into a drifted bank

Jingle all the way;

Oh! what joy it is to ride

In a one horse open sleigh. [repeat all four lines]

Some “Jingle Bells” aficionados have speculated that Pierpont intended the last two lines of the chorus to be sarcastic, since riding in a one-horse open-sleigh in the dead of winter was hardly anyone’s idea of “joy.”

One other fun fact about James Lord Pierpoint bears mentioning: he was the nephew of wealthy New York financier and power broker John Pierpont Morgan, whose Madison Avenue mansion is now the invaluable Pierpont Morgan Library, which houses, among many other historically significant manuscripts, Charles Dickens’s original handwritten manuscript of “A Christmas Carol.” 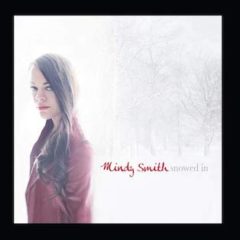