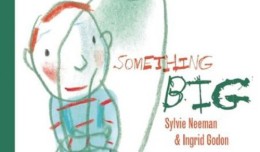 Have you all been following the picture book coverage at the New York Times? There is a new children’s book editor over there, Sarah Harrison Smith, and I like her taste in picture books.

Case-in-point: Just this week she wrote here about the book I’m featuring today. The book is Sylvie Neeman’s Something Big, illustrated by Ingrid Godon (Enchanted Lion, September 2013), an import originally published in 2012 as Quelque Chose de Grand. Neeman is Swiss, and Godon was born in Belgium. This one was translated by Claudia Zoe Bedrick.

This is the story of an adult and child (“the big one” and “the little one”) and an intimate snapshot of their day. The big one is clearly a caretaker of some sort; I assume it is the boy’s father, but it could be a grandfather or uncle. The young boy is troubled, because he wants to “do something big.” As the boy attempts to explain what he means, he gets increasingly frustrated, as he finds it difficult to nail what he means with just the right words. For instance, when he says that maybe “it looks a little like a lighthouse by the ocean,” since “it has the ocean all around it and there’s light at night,” the adult suggests that what the boy wants is to build a lighthouse by the ocean. Nope. As adults are wont to do, he’d misunderstood altogether, but he’s really only trying to help the boy suss out what he means.

“You want to do something big but it’s hard because you’re still little, isn’t that right?” he finally asks.

They head out for a walk, strolling along a shoreline, continuing to talk. Neeman peppers the narrative with gentle, introspective moments like: “The big one thinks just how much he loves this little one, with his funny ideas and his funny boots. He can’t remember if he also had these kinds of ideas in his head when he was still little.” (This is the spread pictured at the top of this post.) The child finally acknowledges that when he looks at the ocean, he feels like he’ll be able to do something big. And, as you can see below, he just might have an opportunity to experience that something big before the book’s close.

Godon’s art—which, as you can see in the art featured here today, is a cousin in style to the illustrations of Chris Raschka—is as emotionally resonant as the text. In one striking spread, we see the boy seated in frustration, and there are nearly scribbled lines trying to enclose him. The text reads: “The big one suddenly wants to hold the little one in his arms, but he doesn’t dare because he feels that the little one doesn’t really want a hug at the moment. First they have to resolve the problem of big things.” 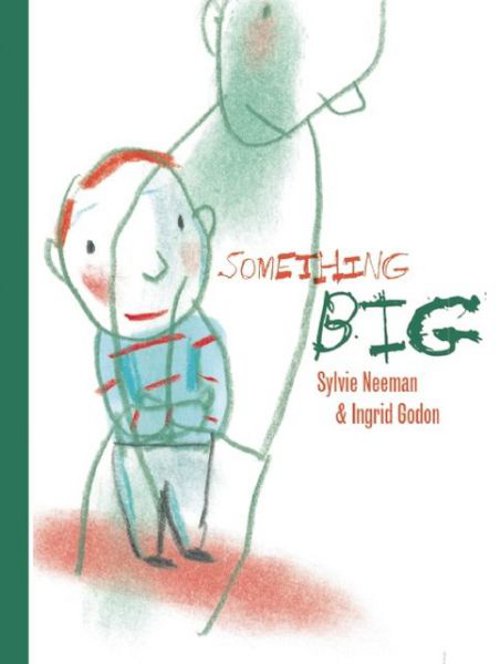 As Smith wrote at the New York Times:

There’s an honest intimacy to the conversations between the small one and the big one that ring true; reading them, one realizes how rare they are in the realm of picture books, which so often seek to comfort or simply amuse.

This is precisely why I really like this book, this tender story that gives us a glimpse into both sides–the wonder of a child and the devotion of a parent, with all the complexities therein.

This and many more of Jules’s adventures in books, kids’ lit and illustration can be found at her acclaimed blog, Seven Impossible Things Before Breakfast, where the above review was published on October 6, 2013. 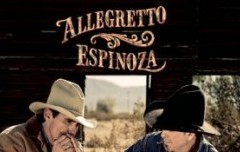