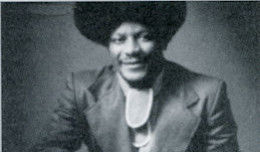 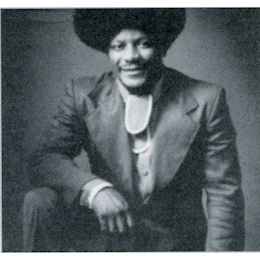 Rev. Charles Brown, lead and background singer of the Fantastic Violinaires and with his own group The Saints, and before that a powerful soul singer who billed himself as Charlie “Coal Black” Brown, transitioned home on Tuesday, October 8, in Atlanta, GA.

Brown joined Robert Blair and the Fantastic Violinaires in 1969. He was formerly a member of the Pilgrim Jubilees. According to his bio, shortly after joining the Violinaires he introduced the song “Separation Line,” which the group subsequently recorded.

During the ‘70s Stan Lewis who owned the Jewel/Paula setup in Shreveport, LA, released quite a lot of product that he sourced from Chicago. Artists like Lee “Shot” Williams and Jay Jay Taylor for example. The intriguingly named Charlie “Cole Black” Brown was one of the most obscure of the singers from the Chicago connection. The sensual uptown ballad “I Just Can’t Get Over You” with its Tyrone Davis flavor, Brown’s beautifully modulated high baritone vocal chock full of gospel flourishes and a fine meandering tenor sax meshed to make this single a lost classic. Long thought to be Brown’s only recording, an archivist claims Lewis’s masters register showed another two Brown tracks having been recorded in the same session that produced “I Just Can’t Get Over You” and its B side.

According to John “Soul” Smith, “The Charlie ‘Cole Black’ Brown tracks were cut in Chicago and were produced by Soul Company. This outfit was run by Bill Perry, Ed Silvers and maybe Cash McCall. Bill Perry told me that the group harmony on Charlie Brown’s cuts are by him, Hughie Hawkins and Cash McCall.”

Charlie ‘Coal Black’ Brown, ‘I Just Can’t Get Over Losing You,’ Brown’s only soul release, on the Jewel label

Following his stint in the Violinaires, Rev. Brown came back with the Saints and cut the albums I Really Love You Lord (released in 1999 on the Gramercy label) and Jesus Will See You Through (released in 2002 on the Slater label of Decatur, GA). Of the album an unidentified reviewer in Gloryland Gospel opines: “The project opens by taking quartet fans back to the mid 1960s when the Violinaires recorded a selection entitled ‘Call On Him.’ Though the sound can by no means be duplicated it is definitely given a new and fresh interpretation by the Saints.  One can almost see the late Robert ‘Dad’ Blair sharing leads on this classic selection with his right hand man Rev. Charlie Brown.  As was mentioned earlier this project is full of great praise and worship selections. Much in the tradition of their 1999 hit ‘I Really Love The Lord’ I do believe the Saints have hit the mark with ‘Let Your Spirit Fall on Me.’ Rev. Brown pours his soul out on this selection bobbing and weaving through each falsetto yelp of the Saints with perfect diction and precision. After hearing this selection the listener is left in a state of worship and praise for the chance to feel God’s spirit personally.

Charlie Brown & The Saints, the title track from I Really Love You Lord

“Other selections of note include my personal favorite ‘Jesus Is A Way Maker.’ This selection once again follows the pattern of praise and worship styling and allows the listener to think about God’s goodness and mercy. Many times we fail to realize that through all things God is constantly making ways and clearing paths in our lives. In other words when listening to this song you literally have to fight the tears of joy and adoration from flowing. Though this project does contain one rockin’ drive song entitled ‘Trouble In My Way’ the bread and butter for Rev. Brown & The Saints is clearly their slow songs. As with many other projects reviewed here at Gloryland Gospel, the description is hardly worthy of the actual listening experience.” 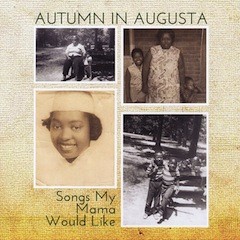