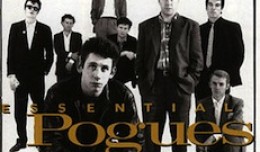 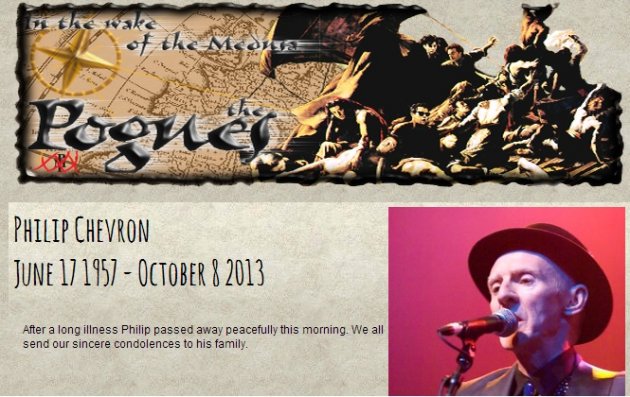 Dublin’s Mansion House will be the setting for the Humanist service expected to be attract a wide cross-section of figures from the world of Irish arts, music and theatre.

The family of the 56-year-old, who died on Tuesday, had initially planned a smaller setting. But the number of mourners contacting them to attend prompted the move to the Mansion House where the service will begin at at 11 a.m. Burial will be in Dardistown Cemetery.

“Phil knew he was loved but the outpouring has been incredible,” Pete Holidai, who played with Chevron in The Radiators From Space, told the Herald.

But the Santry man could yet find a permanent memorial in his native Dublin.

The Radiators from Space, ‘Under Clerys Clock,’ written by Philip Chevron and featured on the band’s 1989 album, Take My Heart and Run. ‘It would be lovely to put a plaque up to Phil near Clerys Clock as a reminder of one of his greatest songs,” said the Radiators’ Pete Holidai.

Along with Pogues’ classic “Thousands Are Sailing,” Chevron was best known for his song “Under Clerys Clock,” a popular meeting place for Dubliners for generations. The Radiators from Space recorded the tune on their 1989 album Take My Heart and Run.

“It would be lovely to put a plaque up to Phil near Clerys Clock as a reminder of one of his greatest songs,” said Holidai.

Posted at Independent.ie by Ken Sweeney, Entertainment Editor, 11 October 2013. Thanks to our Irish Music editor CONOR CAMPION for alerting us to this news. 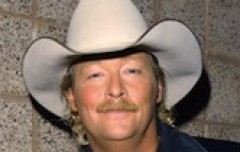 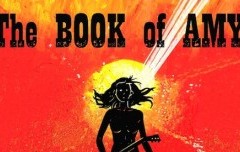