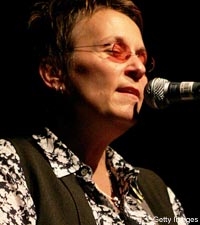 Since Hill Country’s downstairs music room was pretty well filled with her fans on the night of October 2, few if any in the throng would have been surprised surprised when Mary Gauthier opened her solo acoustic set on a rather dark note. And then another. And then another. And still yet another. Mostly these were spare, haunted, wrenching scenes of affection gone south, although the fourth and final tune of the opening salvo was intense and driving, even angry, you might say. Certain lines, quintessentially Gauthier, jumped out: “…the saddest train I ever heard…” (first song); “we’re a million miles from our first kiss” (third song); “she didn’t get mad/she didn’t cry/she lit a cigarette/she said goodbye…I looked in her eyes/there was a stranger there…” (fourth song, apparently titled “When a Woman Goes Cold,” was short, sharp, pointed and dismissive). All this, unbroken by any stage patter from the artist herself.

Then she spoke, with the slightest of smiles and, if my eyesight was true, a bit of a twinkle in her eyes. “Those are new songs,” she announced in a matter of fact tone, “in case anyone was worried I might be writing happy songs any time soon. It doesn’t appear to be so.”

Mary Gauthier, ‘Mercy Now,’ at the Grand Ole Opry, with Marty Stuart on mandolin and Harry Stinson on snare drum and harmony vocal

Thus the arc of a memorable Mary Gauthier set: on the one hand, songs so intensely, incisively and painfully observed, so bluntly revealing of intimate feelings, and informed by the soul of a poet with such beauty and eloquence as to essentially render her audience mute before the magnitude of her artistry; on the other, in between the sorties into the lives of lovelorn kamikazes, wise, witty, often self-deprecating commentary and observations that instantly relieved the tension and showed a personal warmth—and vulnerability–not always in evidence in her interviews.

For example, in introducing “Last of the Hobo Kings,” her touching talking blues tribute to the fabled Steam Train Maury, Grand Patriarch of the Hobos, whose death in 2006 was a signal event marked by a New York Times obituary, she mentioned how she had Googled him and found some “publicity shots” in which he “looked like Santa Claus the day after Christmas. A Willie Nelson thing…he had that magic in his eyes that women fall for.” Pause. “He even had me going, which was a little confusing, this late in the game. I knew it was up to me to write a song about him.” What proceeded from there was one of the more upbeat moments celebrating a life lived on its own terms by a man who “knew the state of the nation by the length of a cigarette butt on the street” and persevered despite being “hounded, beaten and broke.” Sincere and triumphant in presenting it, Ms. Gauthier’s pride in the life she was chronicling underscored the degree to which she related to it, the good and the bad of it alike.

Mary Gauthier performs ‘Can’t Find the Way,’ a song she wrote post-Katrina, on Folk Routes (host: Peter Nathanson) at KUNM Studios. She dedicated the song to her friends dealing with flooding in Colorado and New Mexico. Video posted at YouTube by Paul Ingles, August 14, 2013.

Steam Train Maury’s passing wasn’t the only occasion she identified as giving her a sense of mission to chronicle. Closer to home, literally for this New Orleans native (now a Nashville resident), was Hurricane Katrina, setting of her searing reflection, “Can’t Find The Way,” against a backdrop of lilting fingerpicking and gentle, humming embellishment from her harmonica underscoring piercing lyrics on the order of “nothing but our dreams/and memories of who we’ve been.” Once was a time when she would perform Woody Guthrie’s “Ain’t Got No Home” as a way of taking the government to task for its ineffectiveness in providing for Katrina’s victims; call it heresy, but it’s not overstating the case to say her own song is even more potent, given its birth in the aftermath of the actual disaster. Guthrie’s spirit was invoked, though, when she spoke of her adoptive mother—a Sicilian Italian by birth, as deeply religious as she was conservative, with “a feistiness about her,” and, when it came to the noxious burning of the sugar cane in Thibodeaux, LA, where Mary spent some of her youth, imbued with “the spirit of Woody Guthrie.” (The time of the sugar cane burning, she added, was the first occasion when she heard her mother curse, to wit: “This shit’ll kill us all!”) This was the amusing setup for the very serious “Sugar Cane,” an accusatory, unsparing, unforgiving broadside aimed at those who put the populace at risk in pursuit of profits (clearly a missive for our times).

Mary Gauthier, ‘Sugar Cane’ (with Tania Elizabeth, formerly of the Duhks, on violin), at the Chequer Mead Theatre, East Grinstead, U.K., as part of the Acoustic Sussex Series

After which, this announcement: “I’d love to sing you a happy song right now, but I don’t have one. Other people do it so well–that’s why God made Burt Bacharach.” Introducing her next song as being “dedicated to anyone who’s ever been married to a narcissistic sociopath,” the laughter had barely subsided before she was deep into “Sweet Words” and describing complete post-breakup emotional devastation (“I don’t trust my heart anymore/it’s lied to me before”) with quiet conviction over tender fingerpicking. Her voice doesn’t have a lot of color in it, but she knows how to use its range effectively and affectingly, from whispered low notes to a ringing cry in its upper register; nary a note she sung sounded false any more than her songs sounded like no one else’s but hers. She sang a touching heartbreaker (“…bit by bit you slip away, and you lose yourself in pieces…), “How You Learn to Live Alone,” that made it onto the season 2 premier of Nashville as performed by Jonathan Jackson in character as Avery Johnson; discoursed on the legend of Robert Johnson and waxed philosophical over whether it’s actually possible to sell one’s soul; and returned for a deserved encore with a powerful version of the title track of her acclaimed 2005 album Mercy Now (“every living thing could use a little mercy now…”). In the end you can say some of her songs are Prine-like, some are Guthrie-inspired, some even Dylan-esque, but mostly they are, sui generis, Mary Gauthier’s—her songs, her voice, her guitar. Her life. 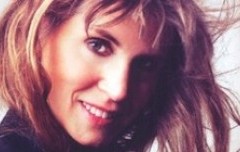 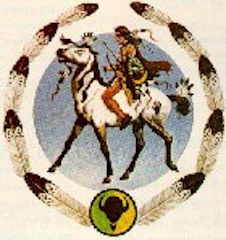