A contributing editor at The Library of America since 2006, Christopher Carduff (shown at left) is also the estate-appointed editor of John Updike’s posthumous publications. He recently spoke with us about the two-volume set of Updike’s Collected Stories that he prepared for and is now available from The Library of America. The following interview is reprinted from the Library’s e-Newsletter of September 2013.

Updike’s achievement is various and extensive, ranging from twenty-odd novels to collections of poems, memoirs, criticism, and more. To what extent do you think his future literary reputation will rest on the 186 short stories collected here?

To a large extent, actually—and in two distinct ways. First, considered as a whole, the stories can be seen as an endlessly inventive, ongoing exploration of the possibilities of the form over five decades—perhaps the richest body of stories by any North American writer of his generation, a cohort that includes Donald Barthelme, Raymond Carver, Mavis Gallant, and Alice Munro. Second, and more important, when the stories are considered individually, perhaps a dozen or so will eventually become known as masterpieces, among the best short stories ever written by an American. “Pigeon Feathers,” “Packed Dirt,” “The Gun Shop,” “A Sandstone Farmhouse,” “The Cats”: these are among the handful of stories that tomorrow’s readers will perhaps come to see as the concentrated essence of “Updike”—in much the same way that we now see “Bartleby” and “Daisy Miller” and “The Bear” as the concentrated essences of Melville and James and Faulkner.

How do the stories relate to the novels, particularly the Rabbit novels?

As Updike said in his introduction to the collected Rabbit novels, Rabbit was his ticket to the America all around him—his ticket to a discussion and dramatization of all the sweeping social forces of the postwar world, from the sexual revolution circa 1960, to the political and social upheavals circa 1970, to the events of the Carter, Reagan, Clinton years. The Rabbit saga constituted Updike’s contribution to “public fiction,” a running report on the state of the nation from 1960 to 1990 as reported through the passing thoughts and thoughtless actions of a wholly invented American Everyman.

The short stories, on the other hand, are almost always “private” in their nature and effects. They are autobiographical and domestic, dealing on the most intimate level with such matters as being a son, a husband, a father, a lover, a churchgoer, a citizen, an artist. And almost all of them, whether told in the first or third person, feature a narrator or protagonist who is an Updike stand-in, who shares Updike’s own experience of what it is to be an educated white middle-class Protestant male of his particular small-town background and his particular historical moment. It is these autobiographical short stories—the ones that deal not with “public” issues but with the miracle of existence, with the inner life and the dogged pursuit of one’s own self and soul—that I think of as his signature achievement.

John Updike discusses his first short stories on the occasion of the publication of The Early Stories: 1953-1975, an anthology of the short stories he wrote in his 20s, 30s and 40s. This interview with PBS NewsHour’s Jeffrey Brown aired on December 29, 2003. The Library of America has now published a two-volume set of the author’s Collected Stories.

You’ve arranged the stories not as Updike did in his own collections, but rather in the order of their composition.

That’s right. Now, for the first time, they can be read in the order in which they came out of Updike’s typewriter and were submitted to The New Yorker. Whenever Updike sent a story to the magazine—he had a first-refusal contract with The New Yorker at the age of twenty-two—he marked the date of submission on the first page of his copy of the typescript. Updike deemed this the date of composition, regardless of subsequent revisions, and I’ve followed his practice here. Almost all his typescripts are in the collection of the Houghton Library at Harvard; those that are not, I have dated by circumstantial evidence, usually correspondence with his New Yorker editors. The texts reprinted here are those of Updike’s last revision, and some of them incorporate changes he made in the copies of the first editions kept in his office library.

What’s the chronological span of the collection?

The earliest story here is “Ace in the Hole,” written in 1953, when Updike was a twenty-one-year-old Harvard senior. It concerns a reckless Rabbit-like young man who cannot make the transition from high school basketball star to responsible husband and father. The last one, “The Full Glass,” was written half a century later, in 2008, shortly before Updike’s seventy-sixth birthday. It is a self-consciously valedictory story, in which the Updike stand-in’s nightly ritual of pills and water becomes a kind of secular communion with the universe, “a toast to the visible world, his impending disappearance from it be damned.” Early and late, all the stories aim, in Updike’s famous phrase, to “give the mundane its beautiful due.”

Are any stories omitted from this Library of America set?

Apart from a few things published in The Harvard Lampoon—juvenilia that have no place in his canon proper—the most obvious omissions are the eighteen stories concerning the recurring characters Richard and Joan Maple and the twenty stories chronicling the life of the Jewish American novelist Henry Bech. These, as Updike wrote, “do gain from being grouped,” and will be grouped in a later Library of America volume, together with the ten essay-stories of the 1970s known collectively as “Interviews with Insufficiently Famous Americans.” Included here, however, are “Snowing in Greenwich Village” (1956), the first Maples story, and “The Bulgarian Poetess” (1964), the first of the Bechs, on the (perhaps) shaky ground that when Updike wrote each of these stand-alone stories, he didn’t know he was beginning a short story cycle.

Do you think Updike has been an influential stylist? Do you detect the influence of his short stories on writers working now?

The lush, descriptive, pensive “Updike style”—the “everyday sublime” that characterizes the autobiographical short stories—is justly celebrated but only seldom imitated. In his novels Nicholson Baker proves to be both the truest and the most unabashed of Updike’s direct disciples: he “toasts the visible world” with a glass filled to overflowing, then out-toasts and out-drinks Updike to dazzling and intentionally hilarious effect. Among today’s short story writers, Roxana Robinson and Antonya Nelson have confessed to being under the spell of Updike’s fiction, especially in their lyrical evocations of family life. And Paul Harding, in the sentences that make up Tinkers and Enon, seems very much the Updike protégé in his precision of diction, his aching nostalgia, and the very cadences of his thought. All of these writers, I think, would admit to sharing Updike’s belief that describing God’s creation with fidelity is a devout act of praise.

Do you have a favorite Updike story?

I have a dozen of them, but if I had to choose just one, it would be one of the earliest, “The Happiest I’ve Been,” written in 1958, when Updike was twenty-six. It is the perfect evocation of the moment that comes to most Americans somewhere around the age of twenty—the moment when, after a couple of years of college or service or whatever, you return home to find that “home” is no longer yours, it’s become your parents’ house and you are, for the moment at least, homeless. And that your life is no longer among the people there—your parents and grandparents and high school classmates—and it really isn’t in the present either. Instead it’s a kind of a star on the horizon, portending God only knows what, but that you are excited to follow. It’s the story in which Updike comes into his full powers as a storyteller, and delivers a virtuoso verbal performance—and creates a unique emotional atmosphere and pattern of events and imagery—that can only be described as, well, Updikean. 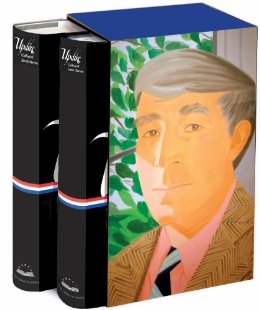 From his first collection, The Same Door, released in 1959, to his last, My Father’s Tears, published fifty years later, John Updike was America’s reigning master of the short story, “our second Hawthorne,” as Philip Roth described him. Here, in two authoritative volumes, are 186 unforgettable stories, beginning with “Ace in the Hole” (1953), a sketch of a Rabbit-like ex-basketball player written when Updike was a Harvard senior, and concluding with “The Full Glass” (2008), the author’s “toast to the visible world, his own impending disappearance from it be damned.” Based on new archival research, each story is presented in its final definitive form and in order of composition, established here for the first time.

Click here to order the Updike Collected Stories box from Library of America’s website. A substantial discount is offered for online orders.

The Library of America is featuring John Updike’s “The Lovely Troubled Daughters of Our Old Crowd” as its Story of the Week. Click here to read an Updike gem in its complete form. 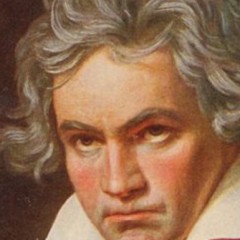