Although the hirsute trio known as the Howlin Brothers looks like they should be starring on The History Channel series Mountain Men and opining about how they “fend off nature’s ceaseless onslaught, carving out lives they’ve chosen from a harsh and unforgiving landscape” (as the Mountain Men website says), in fact Ian Craft (banjo, fiddle), Jared Green (guitar, harmonica) and Ben Plasse (upright bass, banjo) hail from modest circumstances in the Midwest and northeastern parts of the country and met while studying music at the State University of New York in Ithica, NY (Craft studied percussion performance; as classical guitar students Green and Plasse were taught by Pablo Coen). They bonded not over classical but roots music, but at first were a rock band—until, Craft said in an interview for South by Southwest, “we realized acoustic music was what we loved the best. We just had so much fun doin’ it.”

Based on Howl, the fellows’ fifth album (including a live album, Time All the Time, released last year), they’re “doin’ it” about as well as anyone else around. Based in Nashville since 2005, the Brothers impressed producer Brendan Benson (of Jack White and Raconteurs fame), who made good on his vow to produce this record. In doing so he demonstrates a sure feel for the textures and ambiance the voices and instruments fashion and manages to make it sound down-home and intimate, with crisp, clear sonics—front porch music delivered by state of the art recording technology. It’s a beautiful friendship forming here.

The Howlin’ Brothers’ ‘Big Time,’ a co-write with Warren Haynes, is the first track on the band’s new Brendan Benson-produced album, Howl.

In various combinations the Brothers write their own music, which leans toward the good-time old-timey side; it sounds, in fact, like a stripped-down version of what another upstate New York band, the Felice Brothers, has been purveying for several years now; and it would be unfair to ignore the man whom the Brothers knew and who seems to have exerted a considerable influence on their music and its presentation. That would the late, great John Hartford, to whom the band tips its hat in grand fashion with a rambunctious version of one of Hartford’s steamboat love letters, “Julia Belle Swain,” with Craft fiddling so furiously he likely got the strings to smoking and adding dazzling mandolin solos to buttress Green’s joyous Hartford-like vocal (he also spices the arrangement with some fleet, flawless guitar picking, and in the video on this page he appears to have mastered Hartford’s impressive trick of clogging while he sings and plays). Taking their cue from Hartford, the Brothers pay homage to another steamboat, “Delta Queen,” in their own shambling, horn-infused rouser with a decided New Orleans flair in sound and carefree attitude. Warren Haynes, a big Brothers fan, makes a guest appearance on the album’s first track, a hill country raveup Haynes co-wrote with the trio titled “Big Time,” with Haynes’ tasty slide work and Green’s wailing harmonica underscoring the truth of the song’s main lyric, “Goin’ down south/gonna have a real good time.”

From their album Howl, the Howlin Brothers perform a cover of the late, great John Hartford’s ‘Julia Belle Swain’

‘An epic song’: The Howlin’ Brothers perform ‘Tell Me That You Love Me’ live on the air at Stay Tuned Radio in Portsmouth, NH

Lest anyone get the wrong idea, though the Brothers do enjoy having a good time with their music their sensitive side manifests itself with memorable results. The late-night rumination “Tennessee Blues,” with its resonant guitar fills and sandpapery lead vocal has some early Tom Waits poignancy about it, whereas the aftermath of a painful breakup is explored in the oddly jaunty treatise “Just Like You,” which features an always-welcome kazoo solo and the laid-back lead singer’s warm welcome back to a gal who apparently has shown no inclination to return (never accuse the trio of lacking a sense of humor, even in dire circumstances). On the other hand, the album’s most mesmerizing moment erupts in the galloping, fiddle-fired pace of “Tell Me That You Love Me,” wherein Ian Craft’s intensely committed, heated delivery and some eerie vocal effects (one sounding like wind howling, if you wall, across barren plains; another being an all-male chorus chanting “whoa-oh-ah-whoa-ah!”) heighten the urgency of the singer’s fevered plea to “tell me that you love me/tell me that it’s true/make my heart bleed/make me feel real!” Not to minimize the import of the many feel-good workouts on Howl, but “Tell Me That You Love Me” hints at a grander vision the band might want to pursue, both lyrically and musically. Playing and singing every note as if something is at stake, the Brothers dig in here and take their art to a whole other level, where it’s not just good time old-timey anymore but the stuff of life itself, edging into territory The Band once claimed and which the Giving Tree Band is making its own now. The band knows what it has here: in introducing “Tell Me That You Love Me” before performing it live on radio, Ian Craft described it as “an epic song.” With this the Howlin Brothers are poised for bigger things, and attention must be paid. 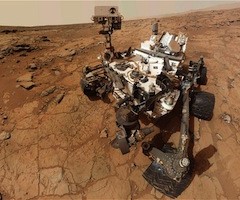 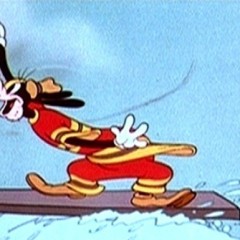