At this stage, with so much history to rely on, you expect a new Michael Martin Murphey album to reflect the artist’s love of the land and the natural world. He doesn’t disappoint on Red River Drifter. Forty-five seconds into the frisky album opener, “Peaceful Country,” he’s singing in rapid-fire cadences, “little log cabin, we’ll go ridin’/singin’ in the mountain/eagle flyin’/out in the open, you and me livin’ wild and free in peaceful country…” It goes on, “Now that old moon is on the rise/I see the starlight in your eyes/where the lone coyote calls/beyond the city walls/in the shelter of the pines/with open hearts and minds, peaceful country.” Being about a couple trying to reignite their relationship, “Peaceful Country” nonetheless sees the key to that goal as being inextricably linked to their relationship to nature. Similarly, in the second number, a gentle bluegrass-tinged shuffle titled “Rolling Sky,” the existential questions Murph poses have no easy answers but he knows those are to be found “wandering under a rolling sky.”

This is all quintessential Murph turf, as per the turf he’s staked out on the 14 albums (excluding 2001’s Playing Favorites, re-recordings of a dozen of his earlier classics and two live albums) he’s released since 1990, when he walked away from a wildly successful run as a mainstream country balladeer and followed his heart’s desire to fully embrace the cowboy lifestyle—from being a real, socially and environmentally conscious rancher to dressing the part to doing what he was told was impossible—writing hit cowboy songs in the late 20th Century. He took a bit of a turn off that beaten path come 2009, when he cut Buckaroo Blue Grass, which was, actually, bluegrass-centric treatments of some of his old, beloved songs (“Carolina In the Pines,” for one, “Cherokee Fiddle” for another) as well as a couple of new originals with a band that included A-team bluegrassers such as Rob Ickes, Charlie Cushman, Ronnie McCoury, Sam Bush, Rhonda Vincent and Andy Leftwich, among others. Thus the pattern he followed on Lone Cowboy (2010), Buckaroo Blue Grass II (2010) and Tall Grass & Cool Water (2011), outstanding efforts all.

On Red River Drifter, the cowboy songs are MIA, the bluegrass is toned down to a more traditional country backdrop, and love is in the air. No, Murph’s not revisiting his singing idol ‘80s incarnation but as a writer he is pondering love on this album—romantic love (or the dwindling and rekindling thereof, as on the aforementioned album opener), love between friends (even to the point of enduring beyond the grave) and, of course, love of God’s green earth (and as we’ve seen, how these aspects of love are linked). Herein is found some of the most exquisite melodies he’s ever crafted; some of the finest singing of his later years (age has given his tenor an appealing, lived-in huskiness that bespeaks a man of experience in the issues he addresses and the lifestyle he extols); unquestionably some of the most complex lyrics he’s ever composed, almost all of the songs having multiple layers of meaning; and tight, focused, emotionally resonant instrumental work—by a band minus any upper case headline names (although Murph fans will note mainstays such as his son Ryan and premier guitarist Pat Flynn on board as usual, playing on the tracks and co-producing the album)–strikingly captured in bright, clear sonics. With a catalogue as broad and deep as Murph’s, it’s a fool’s errand to proclaim Red River Drifter the best album he’s ever delivered, but anyone who would dare assert it doesn’t rank with the cream of the bluegrass, cowboy and early classic albums such as Geronimo’s Cadillac, Cosmic Cowboy Souvenir and Blue Sky-Night Thunder (from whence sprang the towering “Wildfire” and “Carolina in the Pines”) is in need of counseling.

As a Murph devotee of long standing, I’m struck by the overriding tenderness of his performances here. “Secret Smile,” written for his wife Karen and addressing the little gestures lovers and other intimates know are only for each other, is a supremely lovely ballad, with a warm, gentle lead vocal, soothing (even Beatles-like) harmony vocals, and a fiddle solo by Troy Engle as soothing and swooning as any Mark O’Connor fashioned for Murph on earlier albums. Since it’s about his gal falling for a man with better window dressing than he (“kind of a highbrow cat,” as the song states), Murph’s equanimity in sticking with what’s made him complete, even if it means losing her to style over substance, is one of the remarkable features about his singing on “Faded Blue” and most of the other songs here as well. His voice rising, Murph declares, “When she laid eyes on him/I knew I had to lose…” but instead of raging against the unfairness of it all, he gives a kind of vocal shrug in telling us, “she didn’t have no use/for my faded blues,” then proceeds to detail the disrespect he was shown when he made an ill-fated effort to spiff up his image (“so I went downtown to try to change my luck/I got the runaround/in my old pickup truck/I didn’t have the scratch to play it fast and loose/they didn’t have no use for my faded blues…”). Supporting the restrained, resigned vocal, Flynn (most likely) crafts a highly atmospheric, Spanish-flavored gut-string guitar solo throughout, with Engle adding a dollop of keening, Texas Playboys-like fiddle to the mix. Nothing Murph has ever written, though, quite compares to the graciousness and sincerity of “The Gathering,” a hymn-like benediction to a fallen friend—in this case, his long-time guitarist Paul Sadler III (whose gifted daughter, singer-songwriter Gabrielle Louise, merited a cover story in TheBluegrassSpecial.com of February 2009), who died on August 30, 2011. Sadler and Murph had a long, fruitful and sometimes contentious musical partnership of 12 years’ duration—not much different in its peaks and valleys than any long-term relationship—but before he passed Sadler phoned Murph to balance the ledger, to make sure the friendship was what endured in his absence. That air clearing chat inspired the measured philosophy of “The Gathering,” in which Murph sees that in the end “we’ll owe as much to the friends and the foes.” Naturally, his reflections are entwined with the sense of renewal nature brings each day: “Come tomorrow, with the sunrise, we will see someone who, far beyond the fires of sorrow, with one heart, one voice will sing, we’ll meet again at the gathering/so here’s to the tears and the laughter we knew, here’s to the lovers both the false ones and true/for in forgiveness there’s no lose or win/for every ending there’s a place to begin/come tomorrow, with the sunrise…” The words are so thoughtfully articulated and the emotion so thick in Murph’s voice you’re barely aware of the band’s solemn, dignified hum behind him, out of which the fiddle and guitar rise softly in elegiac strains. Arguably, it’s his finest hour.

This is not to suggest the album lacks grit or wit. With a duet assist from Pauline Resse, some frisky mandolin work from son Ryan and equally energetic slide guitar swoops courtesy Pat Flynn, Murph breaks out a high steppin’ bit of philosophizing in “Shake It Off,” a 3:51 crash course of advice for those experiencing a certain drag in their lives (“when your halo’s rusty and the Bible’s gettin’ dusty/buddy, won’t you shake it off/when you’re fallin’ off the wagon and your spirit is a-draggin’/buddy, won’t you shake it off…”). The doleful ballad “Hardscrabble Creek,” direct and rustic, alternates reportorial verses with soaring choruses in a song celebrating the fortitude and resiliency of those who embraced community (“we picked up the slack/we’ve got each other’s backs/with hard work and hardscrabble dreams”) and survived the Depression years on the most meager of provisions. Once again in a Murph song, what the earth takes away it gives back at the most propitious moment, even if only metaphorically: when the song’s rebel son lights out on his own only to make a tearful return to the fold, wondering if it’s too late to be baptized, he’s assured by his mother: “Son, sometimes it comes down like a fountain on hardscrabble mountain/sometimes the flow is mighty weak/when the sun burns on high/son, it sure gets hot and dry/but there’s always a little water on hardscrabble creek/it’s not too late to be baptized on hardscrabble creek.”

The album closes with “Unfinished Symphony,” a thoughtful, mandolin-flecked ballad based on a melody Murph’s notes say he worked on “for more than 30 years…but could never find the words.” When he found the words, after all that time and a concept suggested by son Ryan, he realized he was writing about a long-term love affair, “our unfinished symphony,” changing as the partners grow, and, as he writes “always being refined.” It’s a perfect, reflective moment with which to close Red River Drifter, not only because it captures the tunestack’s larger message in an elegant and evocative 3:26 but more so because it speaks volumes about this artist’s own career arc. In returning to the topic that made him a country star in the ‘80s, but with a wide angle lens and deep focus, he’s working on his own unfinished symphony in a series of ontological discourses probing our very reason for being. Maybe it’s as simple as “all you need is love,” but love is not only a many-splendored thing, it’s a many-faceted thing as well. Murph, a baby boomer still on a learning curve, knows there is rarely enough time in a life to understand this emotion in all its complexity, but he’s giving his explorations into its many manifestations a hell of an effort. The next movement of his symphony is anxiously awaited, thanks to one of our finest contemporary songwriters sounding positively reinvigorated in all dimensions.

Red River Drifter will be released on July 9. 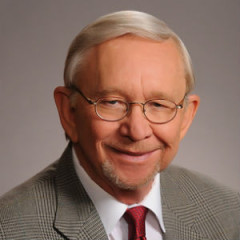