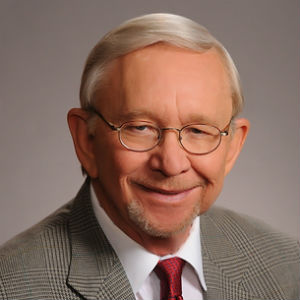 On June 19, 2013, the Internet was rife with appreciations and remembrances of Chet Flippo, who passed away at St. Thomas Hospital in Nashville from complications following a brief illness. He was 69. The editorial director of CMT and CMT.com since 2001, Flippo was a bonafide journalism giant whose beat happened to be music, with a specialty in country music, although he distinguished himself as well with a biography of Paul McCartney–Yesterday: The Unauthorized Biography of Paul McCartney, the full full-scale look at Sir Paul’s career with the Beatles and as a solo artist–and his unsentimental, unromantic coverage of the Rolling Stones’ 1978 tour that led to a tense, in-your-face confrontation with Mick Jagger (an amused Chet did not back down), among his many always-astute reports on the rockers making headlines in the ‘70s, when he was Rolling Stone’s New York bureau chief and then its senior editor.

Texas-born and -bred, a Navy veteran who served during the Vietnam war, holder of a master’s degree in journalism from the University of Texas, Chet was a scholar, a gentle man, a gentleman, and possessor of a sense of humor drier than Texas and Oklahoma combined. His BS detector was seemingly infallible–the worst feeling was to have him sit and stare in silence at you after you’d pitched him a story idea you thought was inspired. After a pause, you’d hear, “Hmmmm….,” at which point you knew the idea was really half-baked and you wanted to crawl out of his office on your belly.

I learned of his passing after opening my rarely visited Facebook page Wednesday morning in pursuit of news from a friend and saw at the top a posting by Alanna Nash, herself one of the outstanding music writers of our time, speaking of the sad news of her friend Chet Flippo’s death. It felt like a sucker punch. I logged off Facebook immediately and tried to absorb the news.

I had not crossed paths in any way with Chet in many years, but he was one of those people who, once you’ve been in his orbit, never leave your memory. When I started writing for Rolling Stone in 1975, I was well aware of who he was, from his bylines on some of my favorite stories the magazine had published and even more for his smart coverage of country music, a lifelong passion of mine that was rarely part of the Rolling Stone mix back then, unless Chet had something to say about it. After Reviews Editor Dave Marsh had brought me into the RS fold and assigned me, first, a concert review, and then a record review, after which he championed me to Chet. I was then freelancing for RS while holding a full-time job on the editorial staff at the music industry trade publication Record World, where I had the good fortune of guidance from a solid, savvy team of editors including Michael Sigman (RW’s editor, and now a Deep Roots contributing editor), Howard Levitt (managing editor) and Ira Mayer (reviews editor and columnist). One day a call came and it was Chet on the other end of the line, wanting to take a meeting to discuss “getting you into writing features and doing interviews.”

And so he did. I was fortunate in being pretty good at editing my own copy, which led to the best moments I shared with Chet. I’d go in to do a final polish on the copy, and once that was completed, we’d sit in his office and talk about what was new or what we liked in country at the time. His insights always astounded me, and taught me to work harder at understanding the music and the musicians making it, and hearing it in the context of the artists’ histories. I don’t know that I can offer a coherent explanation of what Chet gave me in those easygoing hours chatting about music in the tight confines of Rolling Stone’s first New York office, a long, narrow layout much like the railroad flat he and his wife, the gifted journalist/author/editor Martha Hume (who died this past December, and from whose passing friends say Chet never recovered), occupied on Manhattan’s east side. Except to say that records I had been hearing my whole life, or so it seemed, I suddenly heard with new ears, and a deeper understanding of their cultural import and their messages. It was a tremendous period of personal and professional growth for me, spurred by Chet’s support and friendship–and the occasional unsubtle barb when he felt I was working beneath my potential. As was the case with a feature I pitched him, and he reluctantly agreed to, on KISS–the first time Rolling Stone had ever acknowledged the group with anything approaching a serious attitude–when the band was in the studio with genius producer Bob Ezrin cutting the Destroyer album. Under Ezrin’s stern hand, Gene, Paul, Peter and Ace were working very hard to get better at everything and deliver on their producer’s demands. I delivered a story detailing this ordeal and documenting the marketing assault about to be unleashed on an unsuspecting public–an upbeat, positive account that could just as easily have been cynical and biting when seen from another vantagepoint; Chet, no fan of KISS whatsoever, read it, said he didn’t want any changes but added: “I think they bought you off.” Well, they hadn’t, but they had made a powerful, rocking album–really, the only KISS album worth spending much verbiage on–with a great producer, and I came down on the side of giving credit where credit was due. But even to this day, the idea that I might have disappointed Chet still stings. I think that’s the way most writers who ever worked with Chet felt–he knew so much, and was so experienced in life on so many levels, we just wanted to please him, because we knew his approval was genuine, an unmistakable imprimatur of work well done.

I was fortunate in, I guess, in being able, as a writer, to speak Chet’s language–he grew up in Texas, I grew up in Oklahoma, so maybe there was something to our geographical proximity– and mostly meet his standard. I do know I am the product of all the outstanding editors I’ve worked with, especially back in those days, but that Chet gave me something I still lean on and which still animates me every time I cue up an album or study up on an artist for an interview. In a way, I think I’ll always be writing for his approval. It’s the easiest route to the truth.

God bless you, Chet. You live on.

Click here to go to CMT’s salute to Chet Flippo, an essential read.