When filmmaker Luciano Blotta walked out of a rural Jamaican recording studio, way off the beaten path of tourists and music hounds, he saw something wildly unusual: a man with an instrument. Even more surprising, the instrument—a battered but resonant acoustic guitar—had only one string.

Blotta had encountered Brushy One-String (born Andrew Chin), son of a musical family who, despite his challenging life, had a seemingly innate ability to inspire and move even casual listeners—including millions of people who have watched and shared Brushy’s videos on YouTube.

On his very first studio album, Destiny (he has also released a 2011 collection of live performances titled The King of One String/Acoustic, which includes the first studio recording of “Destiny”; and, from 1996, the import-only Do You Really Love Me?), the veteran musician evokes the sweetness of soul singers like Percy Sledge and Louis Armstrong, the grit and wit of Delta bluesmen, all woven together with a Jamaican pulse and ingenuity that shows that the island’s music is about far more than reggae. Heartfelt blues combine with dancehall-style vocals on “Grey in my Blue,” while uplifting, catchy ballads like “Life is for Every Man” channel a soulful intensity and profound faith.

“If we can change the words and melodies and bring back the love, we can have a balance between God and man,” Brushy reflects. “That’s what we need to put the world together.”

Brushy did not have it easy: Orphaned at an early age, the thoughtful singer-songwriter did not learn to read until adulthood. But he came by his musical abilities honestly. His father, revered Jamaican soul singer Freddy McKay, passed away when Brushy was still very young, but his mother, Beverly Foster, sang all the time (she had toured with the likes of Tina Turner as a backup singer). Brushy tried his hand and voice at many styles, including playing pans on the street as a child. He even played guitar for a while as a youngster. “I didn’t really know how to play, and I played so hard, all the strings broke,” he recalls. “So the guitar just went under the bed.”

That is, until Brushy had a vision, a dream in which he was told to play the one-string guitar. Shaken, he told some friends, who scoffed, but one insisted it was fate, and that he had to make that dream come true. Within a day, Brushy had created his one single-string arrangement of a popular tune on the radio. “The next day, I took a big broad hat and sunglasses and went to the market, and started to sing,” Brushy remembers.

It was the start of musical trajectory that soon showed that Brushy’s unconventional playing style was no mere gimmick. Citing Freddy Pendergrass and Shabba Ranks as major touchstones, his lively mix of influences and full sound—buoyed in part by the string’s pleasant buzz, Brushy’s array of percussive taps and knocks on the guitar’s body—made him utterly self-sufficient, in a scene where most performers long to be hip-hop MCs or dancehall style DJs. Brushy recounts a time when he turned derision for his peculiar instrument into applause, when the local government cut the power to a stage show. Brushy convinced the promoter to let him play, to keep the crowd there. Lit by a dozen flashlights, Brushy won the audience over—and played for more than an hour, even when the lights came back on in a blaze. (An evening that inspired, “One String Play”)

Brushy One String, ‘They Are Going Down’

Though talented, Brushy struggled to find modest success. Songs came to him intuitively, based on the life around him. “The songs come from the situations I’m in,” like the title track “Destiny,” that chronicles Brushy’s struggles. “It’s like magic: From the situation, I don’t search for something, not in my head or nowhere else. The song just comes.” After a brief touring stint that included shows in Japan, he wound up kicking around his hometown of Ochos Rios.

Blotta was wrapping up a five-year engagement with three young, emerging artists in Jamaica, filming their lives and portraying their struggles to find success and recognition, material that eventually became RiseUp, an award-winning documentary. But there was Brushy: “Brushy was sitting outside that studio with the guitar, and he said let me sing for you,” Blotta says. “He sang ‘Chicken in the Corn’ I was already almost done with my film, and I couldn’t add a new story to it. But I filmed that song, which made it into the documentary. That was it, and I just walked away. Back in the States, I realized that this man is incredible.”

Brushy One String, ‘Chicken in the Corn,’ which is featured in the award winning documentary Rise Up, about Jamaica’s music underground

Blotta returned to Jamaica, determined to shoot more footage of Brushy. He managed to track the musician down, even though he had no idea how to contact him. The two hit it off, and though Blotta had never tried to represent a musical artist before—his expertise lay in film, where he worked with directors like Spielberg, Soderbergh, and John Woo—he took on the task.

Putting the pieces together proved challenging, but Blotta watched in awe as Brushy’s videos, simple yet poignant presentations of the musician performing his songs around his hometown, garnered hit after hit. Comments and emails and offers poured in, as people around the world connected to this once obscure man with one string.

One listen, though, will tell you why. There’s something in Brushy’s gritty, warm voice, in his pensive words and upbeat grooves, that hits at the heart and comes from somewhere profound: “It makes me tingle inside when I sing the songs that I’m singing, because they come from the soul. I’m singing, my voice is there and my guitar is there, but my mind, soul, and body are transcending,” notes Brushy. “It’s like someone’s speaking through me.” 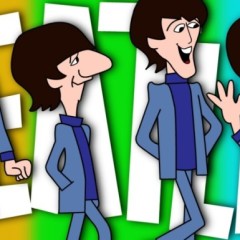