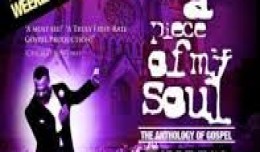 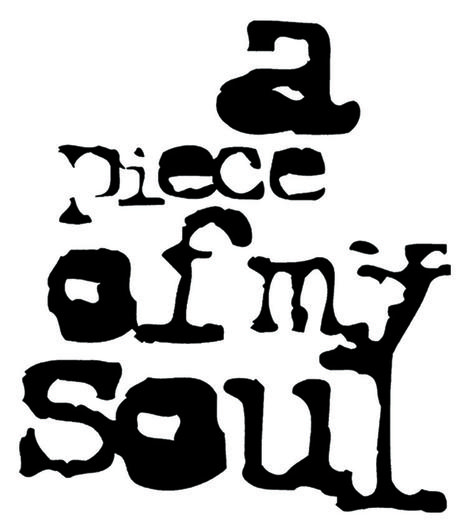 A Piece of My Soul (The Anthology of Gospel)

A Piece of My Soul opened as a musical and ended as church. The show had a two-day revival at Chicago’s spacious Christ Universal Temple.

In episodic format, the talented ensemble told the story of the African American people. From chattel slavery and the Pentecostal Azusa movement to the 1960s civil rights era and southern church burnings of the 1990s, the show demonstrated how the sacred song’s ability to uplift and encourage never changed, even when its melodies and arrangements did.

A Piece of My Soul debuted more than 13 years ago at Chicago’s Victory Gardens Theater—this reviewer was present for one of those initial performances—and is being reprised, as Lewis explained to the audience, in the city that gave it birth.  Its production at Christ Universal Temple was also symbolic: Rev. Dr. Johnnie Colemon’s church was the first large venue the musical played in its early days.

Vickie Winans was the show’s special guest, closing each act.  Equal parts singer, comedienne, and self-proclaimed entrepreneurial “hustler”—during her songs, she tossed her branded bracelets to the audience like it was Mardi Gras—Winans has a keen sense of comedic timing and a natural chemistry with her audience, interacting with them like a friend over coffee.

The ensemble cast poured so much energy into the music that by the conclusion, they were nearly as overcome in the spirit as many of the audience members. Hands waved in the air and shouts of “Amen” and “Hallelujah” accompanied Faith Howard’s musical tribute to the late Albertina Walker. Near the conclusion, when the cast formed into a choir, which it did several times during the program, and rendered Richard Smallwood’s “Total Praise,” audience members rose to their feet.

While the musical celebrates gospel pioneers such as Thomas A. Dorsey, Sallie Martin, the Barrett Sisters, and Albertina Walker, Mahalia Jackson is referenced only in a brief recorded snippet of “Move On Up A Little Higher.” Roberta Martin, Sister Rosetta Tharpe, and James Cleveland, three other towering figures, are not mentioned at all.

That did not appear to matter to the audience. Attendees sang zestfully along, like a congregation, with the mass of familiar songs, such as “Victory Is Mine,” “I Can Go to God in Prayer,” and Winans’ cover of Calvin White’s classic “As Long As I Got Jesus.” By the end of the performance, the cast could have held a successful altar call.

A Piece of My Soul is good, old-fashioned, interactive entertainment with a side order of history that one does not have to be Christian to enjoy thoroughly. 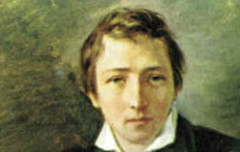 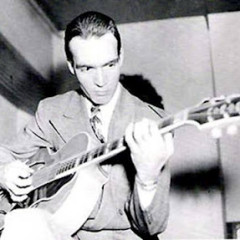