To listen to Mindy McCready in her glory years, when she was really on and being guided in the studio by seasoned seen-it-all pros Norro Wilson and David Malloy, with ace Nashville pickers supporting her, is to hear, inevitably, what might have been. However you might also hear what was, and be reminded how she, not Gretchen Wilson, not Miranda Lambert, was ushering into modern country music a new kind of female who had no truck with the idea of a woman being denied the right to be every bit as wild and irresponsible as a man (“Guys Do It All the Time,” her only #1 single, a grinding, sizzling country rocker from mid-’96) and generally to call her own shots. It was an odd but very country way of demanding equal standing in a relationship, but she doubled down on her position a year later, swaggering through twanging, snarling guitars and cannon-shot drums in 1997’s “A Girl’s Gotta Do (What a Girl’s Gotta Do),” a #4 single announcing her intention to paint the town red in a post-breakup breakout in which she delivered the lyric “Too bad I gotta do it with someone new/but a girl’s gotta do what a girl’s gotta do” with a certain delicious malice aforethought. At the same time, she could let her guard down enough not only to admit to feeling weak and vulnerable as she struggles against a temptation to which she does not want to yield  in her career-establishing debut single, the mesmerizing “Ten Thousand Angels” (1996, #6), even to the point of pleading for God’s celestial attendants to arrive droves to give her the strength to say no.

This Playlist collection from RCA Legacy offers a dozen persuasive arguments in favor of considering Mindy McReady not merely a fetching hitmaker, but a young woman who had it in her to be one of the important country interpretive singers of her time, if not all time. Most of the cuts here were produced by David Malloy and Norro Wilson (Wilson discovered and got McCready signed based solely on some karaoke tapes she had made in her native Fort Myers, Florida, and lugged to Nashville in search of a singing career after graduating from high school) or by Malloy alone, save for two numbers (“All I Want is Everything” and “Tumble and Roll,” both produced by Billy Joe Walker Jr. for her 1999 album, I’m Not So Tough, her final album for BNA before being dropped from the label after it and two singles from it flopped, effectively spelling the end of her run as a commercial force in country music), and they got the most out of her raw skills, maybe even more than they or she ever figured on, given her scant experience as a live performer and zero experience in the studio when she arrived in Music City. Listening to these tracks now, they seem like a portent of things to come in country, the sine qua non that made possible everyone from Carrie Underwood to Miranda to Gretchen to the Pistol Annies, et al. Her voice has more of a pure country flavor than most of today’s reigning country divas, but it’s also muscular enough to handle the rock underpinnings of her most popular songs, including affecting, synth-rich, steel-tinged power ballads such as the heart tugging “Let’s Talk About Love” (a middling 1968 single off a various-artists holiday album benefitting the kids of St. Jude, Country Cares for Kids) and the fervent but aching “If I Don’t Stay the Night,” in which she battles against giving in to a one-night stand until she’s convinced the guy’s love is good for more than a fling.

On the other hand, listening to these solid songs and assured, richly textured performances now and hearing McCready and her producers fashioning a template for a new era in country in addition to simply making great, lasting music together, it’s impossible not to hear something else, something darker and more disturbing in the figure McCready cut on record. Given the precipitous downward spiral of her life after 2002, when Capitol dropped her following one unsuccessful album release, certain lyrics she sang with such brio back then have a chill about them now: “Spent a lot of time getting’ this way/take or leave it,” she boasts insouciantly in “Take It or Leave It”; “when you’re shootin’ dice/you just tumble and roll” is her existential boast in the southern rock-flavored stomper, “Tumble and Roll.” Matters turn positively eerie at the end of “If I Don’t Stay the Night,” when we hear her, way down in the mix, haunting and faint as the song fades out, seemingly sobbing the plea “if your love is real, let it stay.” Those early songs of hers perhaps duped us into thinking she was in charge of her life, and that it, and she, would be glamorous and meaningful. She was both, for a while, and this disc argues that her horrible, excruciating, decidedly unglamorous final decade does not rob this music, truly the sum and substance of her artistic legacy, of occupying an important place in latter-day mainstream country history. She coulda been a contender. But whither happiness? There’s the rub. 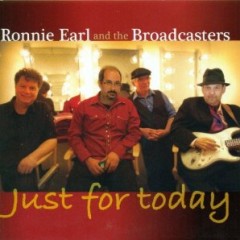