…ONCE IN A BLUEGRASS MOON

Team two seasoned singer-songwriters deeply entrenched in folk and country with a band of soulful Nashville players in service to 21 superbly crafted original tunes about love and life and the result is an hour-plus of elegant, energizing, often moving music. …Once in a Bluegrass Moon from Marty Atkinson and Katy Boyd, aka Blue Cactus Choir, grabs you first with the artists’ striking close harmonies, vibrant melodies and catchy choruses, then with the lyrics’ simple poetry and keen observations, and not least of all with the musicians’ versatility in providing credible backdrops for these tales, whether a tune requires a lilting, folky mood, a bluegrass-inflected approach, or some flat-out country rocking.

Atkinson spent more than a decade and garnered some acclaim with the country band Cactus Choir before it fell victim to the changing trends in that field. Boyd, a native Californian, spent a few years living and working solo in England without label affiliation, then returned to the States and devoted herself to raising her children. After returning to music again in 2004, she was signed, finally, by a British label and two years ago released a well-received roots album, Ain’t No Fairy Tale. Even greater acclaim greeted her 2011 album, Paper Hearts, recorded in Nashville with Nanci Griffith’s producer/guitarist Thomas Jutz; her Music City sojourn also led to her being introduced to Atkinson. And here they are. Although it’s not a clear distinction, the eight songs Boyd contributes to the album explain why her music has been compared to that of Tom Waits and Townes Van Zandt: she sees significance in seemingly mundane details that add up to sometimes shattering revelations (witness the easygoing mood and unruffled ambiance of what is actually a searing heartbreak missive, “A Called Ginger and a Dog Called Fred Astaire”) or the type of black humor you’re uncertain should draw laughs or tears (“Love In the Emergency Room,” a swaying country ballad about a romance that began with the singer being run over by a car and meeting the love of her life while her life hung in the balance).

Blue Cactus Choir, a live version of Katy Boyd’s ‘A Cat Called Ginger and a Dog Called Fred Astaire from the duo’s album …Once In A Bluegrass Moon

Atkinson’s songs are more reportorial and less whimsical, and you might say more consciously commercial, reflective of his background in mainstream music. That’s not to say the songs are lightweight: his lyrics are sharp and poetic, and his tenor voice is full and expressive. A press release likens Blue Cactus Choir’s harmonies to those of Crosby, Stills & Nash, and so they are, especially in the soft, pulsating ambience of piercing reminiscences of sweet love such as “Blue Moon Over Mexico” and “Avalon,” tender, bluegrass-tinged beauties that also serves as good examples of Atkinson’s awareness of the physical landscape’s impact on his characters’ memories.

This is not to suggest an aversion to tenderness on Boyd’s part. The sweet, steel-drenched strains of her country shuffle, “My Grandpa,” are the backdrop to a heartfelt soliloquy apparently taking place on death’s doorstep, as she softly assures her grandfather, “I will sit with you until the morning breaks/I will sit with you however long it takes/I only wish that you would…I only wish that you could…wait…” with a last little hesitation on “wait” communicating a more profound sense of loss than words ever could. And in his own way, Atkinson matches Boyd’s wry sense of humor about how things happen that way: his banjo-fired bluegrass high-stepper (a roots arrangement with a female chorus that will have you thinking Stevie Nicks and Chrsitine McVie—a pleasing amalgamation of influences to say the least) “Lucy Lu” is a bittersweet love song—bittersweet not towards the girl in question but towards her mother, who is no less beloved by the singer than he is by her, but he’s not going to let that stop him.

Blue Cactus Choir, ‘Love In the Emergency Room,’ a Katy Boyd song from the duo’s album, …Once In a Bluegrass Moon, performed live on My Tune TV, KMVT, Mountain View, CA

On fiddle, banjo and mandolin, Justin Moses, of Ricky Skaggs’s Kentucky Thunder, impresses not merely with his virtuosic playing but even more with the emotional content of his instruments’ voices (Kentucky Thunder’s redoubtable bassist Mark Fein is also on board here); on steel guitar, Fats Kaplin continues to make every record he’s on better for his presence alone; and producer Thomas Jutz, without whom there may never have been a Blue Cactus Choir in the first place, not only fashions an uncluttered, dynamic soundscape for the duo’s elegant songs but also makes his presence felt on guitar and keyboards, especially with his sputtering, Marc Bolan quotes powering the album closing rocker, Atkinson’s celebratory “Golden Sun,” another of his tunes in which the natural world—the singing birds, the blue sky—are inseparable from a loving couple’s affection for each other. Twenty-one songs, no particular concept connecting them save that of a pair of exceptional artists telling us how they feel about the world and how folks are behaving in it, including themselves among the usual suspects. Submitted as an omnibus bill, …Once in a Bluegrass Moon should be passed unanimously. 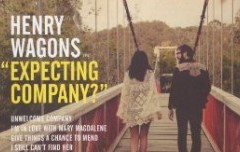