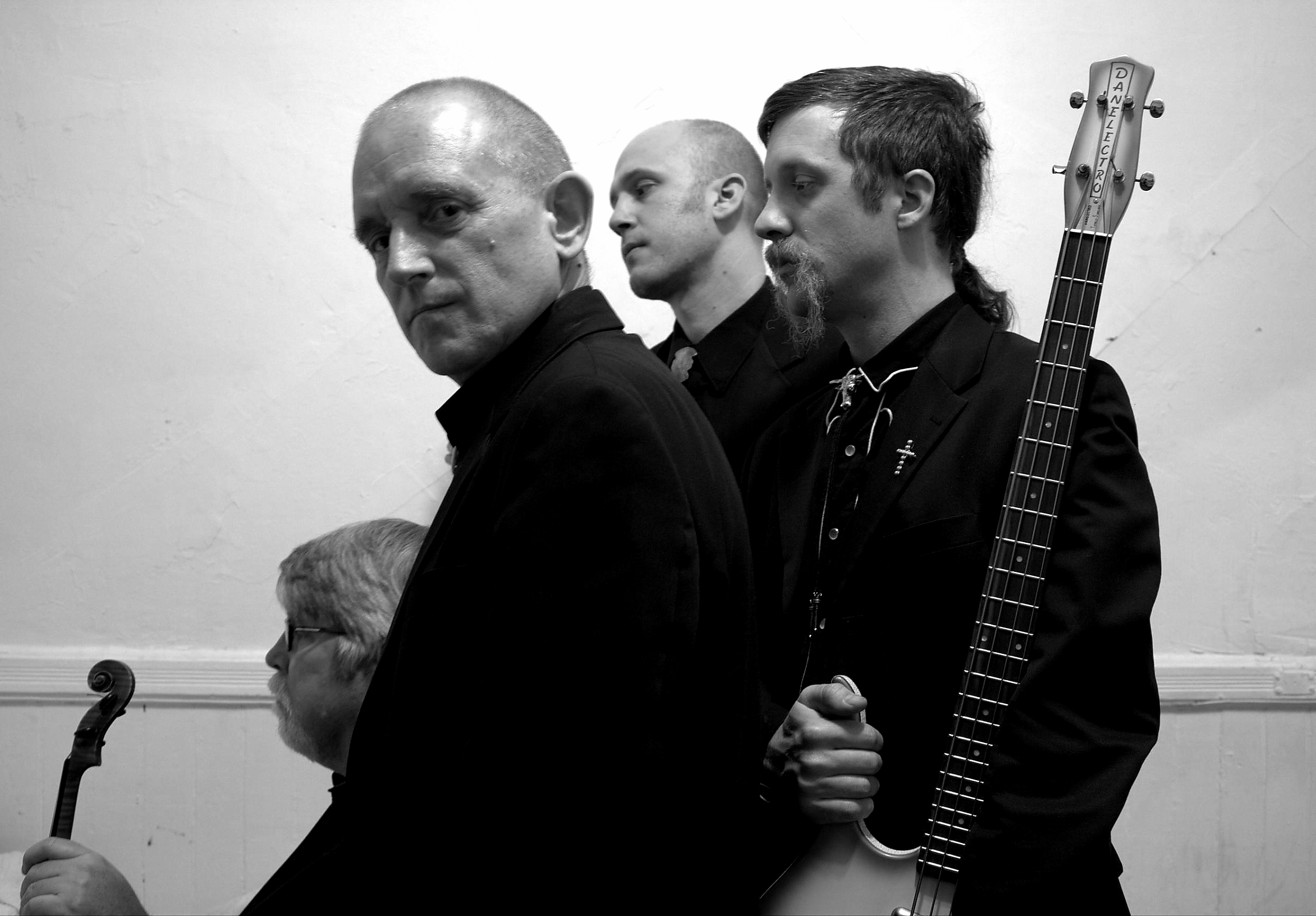 The Earl Brothers: dark doings afoot, as usual; maybe even more so…

You hear that ever-present dark, banjo-driven drone and the tear-stained voice, and you might guess whose turf you’re on. When he sings of killing and decapitating his woman’s brother (and, for good measure, “I buried him deep so I knew he was dead”) and burning her family alive (“I stirred up their ashes and no one survived”), you know Robert Earl Davis and the Earl Brothers are back in town.

Indeed, on Outlaw Hillbilly, the Bay Area group’s fifth album, the Brothers (now a sextet, with four guest musicians making cameos along the way) continue building one of the most unusual catalogues in any genre of contemporary music. In addition to the horrors of the above-mentioned tune (“Arkansas Line”), the other original songs on Outlaw Hillbilly are populated by men so Godless they make Dracula seem devout (indeed, faith has no place in the Earls’ universe), not necessarily psychopaths–although the lyrics would lead you to believe several are barely restraining homicidal urges–but are simply clinging to sanity by the frayed strands of guns, drugs and alcohol. Sometimes these tools, if you will, are blessed numbing agents (in the tellingly titled “Bad Man,” a night of hard drinking ends with the singer racing his card down the country line, which information is followed by “Now I can’t remember/all the bad things I did/you don’t have to wonder/I’m just checking in.”), necessary accouterments for surviving in a world where nothing goes right and women will always betray you. Now, the other songs here aren’t bloody in the way of “Arkansas Line,” but the men at the heart of each one are for the most part ticking time bombs ready to explode in violence—indeed, even welcoming the moment. In the throbbing malevolence of “Hard Times Down the Road,” Davis would have us believe his protagonist is after nothing more than a good time (“going down town just to have a little fun,” the song begins), but he happens to be carrying “a switch blade and my ole shotgun…”).

On the other hand, the aforementioned “Bad Man” doesn’t even pretend its main character has anything but doom on his mind when Davis kicks it off with a sinister sounding, repeating banjo riff that’s underscored by the wounded groan of James Touzel’s bass line before Davis begins the tale with “I went out a-drinkin’/with trouble on my mind…pistol in my pocket, switchblade in my hand…” Interestingly, apart from “Arkansas Line” many of the stories here never get to the flashpoint moment when all the weaponry the characters are packing ever gets used—Davis most often puts the characters into action, usually driving somewhere while mulling over the foul, evil work ahead, then arriving at their destination. Fade to black (like the album cover, come to think of it). As black-hearted and double-crossed as Davis’s characters feel, the unfaithful women of Outlaw Hillbilly are left to go their own way, unharmed; even the wandering bride of the hard-charging “Cheater” (a Davis co-write with fiddler Tom Lucas) is simply asked to leave and “set me free”—“go embrace some other man,” Davis sings, and later adds, “you’re with him right now,” in about as even-keeled a tone as he assumes anywhere on the album (actually, in this spirited, fiddle-fired setting he sounds relieved of a big burden). On the darker hued “Hey Hey,” with the fiddle and banjo sounding positively funereal, Davis announces he’s taken off his wedding ring, hitting the road and “I won’t be coming home,” adding: “You can stick around with the other guy you’ve found/I hope he’s good ‘cause I won’t be in town.” No “Knoxville Girl” being murdered and dragged by her hair through the mud; just a simple good-bye and good riddance from a man who has otherwise been coiled to strike with lethal consequences.

Even with the extra hands on deck, the Earls’ sound retains the intimacy and spare ambience of a field recording; add in Robert Earl Davis’s nasally cry echoing the haunting tones of Ralph Stanley, and Outlaw Hillbilly–which might serve as a genre designation for the Earls’ music alone–proves itself as riveting, unsettling and unforgettable self-titled 2010 album. Its songs–from self-explanatory dark-hearted missives such as “Hard Times Down the Road” and “Cheater,” to “Don’t Think About Me Unkindly” (in which the album’s one tinge of remorse, and a healthy dose of self-pity, surfaces in a tale of a poor man whose wife has run out on him–his sweet memory of their time together was when “we spent all our money on whiskey”), to “Soldier,” about a Civil War combatant (or so it seems) who “was in a bad battle that chewed up his chest” and is dying forgotten by the side of the road–underscore the image of Robert Earl Davis as a man for whom the last fair deal has gone down. In the end, what was true of The Earl Brothers disc in 2010 is true of Outlaw Hillbilly, as summarized in TheBluegrassSpecial.com’s review of the former in the July 2010 issue: “Truly, theirs is Twilight Zone bluegrass, a style with one foot in the music’s deepest traditions, the other in a forbidding world only the Earls know. If you’re looking for something that sounds familiar but isn’t quite like anything else either in roots music, The Earl Brothers await and welcome you.” 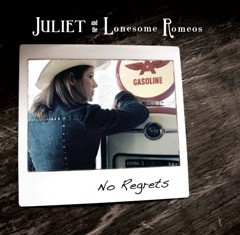