The years roll by, various hands come and go, yet Chicago-based Mississippi Heat’s sagacious, well-traveled leader and master harp man Pierre Lacocque keeps choogling with one of the finest blues bands in the land. For this new long player, he’s accompanied by one of his strongest lineups and gets some judicious help from a few alumni to make Delta Bound a thoroughly delightful hour of blues in various colors.

The current lineup kicks things off with Lacocque’s brisk, shuffling Chicago-style breakup song, “Granny Mae,” which cooks on multiple fronts, from Lacocque’s harp, alternately bright and shimmering or hot and howling; to Hambone Cameron’s lively, robust B3 organ underpinning the soundscape (let us not overlook the solid rhythm pulse courtesy bassist Joseph Veloz and drummer Kenny Smith (blues royalty as the son of Willie “Big Eyes” Smith); and not least of all, to vocalist Inetta Visor’s salty, no-nonsense kissoff to a no-good man. Traveling south, the band gets into a rollicking New Orleans groove on “New Orleans Man,” appropriately spiced by the spirited accordion work of Crescent City legend Chubby Carrier supporting Ms. Visor’s upbeat vocal extolling the virtues of the beau referenced in the song title (including the tasty double-entendre confession, “he cooks a mean jambalya/how I love those rice and beans…you know what I mean”). Kenneth Hall’s simmering vibraphone adds a jazzy feel to the deep, dark blues emanating from romantic upheaval in the swirling, moody ambience of “Goin’ to St. Louis.” The band really gets torchy and low down on “Padlock Blues,” with Ms. Visor employing her heavy voice most effectively in yearning for some TLC from a hard working fellow (“a good man,” she tells us) whose inattentiveness she likens to imprisoning her, as her despairing mood is mirrored in Lacocque’s crying harmonica and Cameron’s melancholy piano solo.

Mississippi Heat alum Billy Flynn sits in on four tracks, making a particularly striking impression with a dramatic, incendiary guitar solo on the otherwise dirge-like “My Mother’s Plea” and a bright-toned, country-inflected contribution complementing Cameron’s honky-tonk styled piano behind former Heat vocalist Deitra Farr’s no-nonsense warning to a no-good man on the upbeat workout “What’s Happening to Me.” Guest guitarist Carl Weathersby brings some steely, Albert King-style heat to his near-song-length soloing on a cover of the Animals’ classic “Don’t Let Me Be Misunderstood,” here in a swinging arrangement that emphasizes the blues part of its blues-rock personality, with Ms. Visor effectively handling the vocals in matter-of-fact fashion that adds a gospel feel to the enterprise. You could listen to dozens upon dozens of blues albums–heck, forget blues; make that albums in any genre–and never hear a welter of personal travails described as a “blues matrix.” But Ms. Visor does exactly that in co-writing “The Blues Matrix” and then telling her tale with the assurance and moral authority of a tent revival preacher as the band grinds along behind her, enabled by a rich wah-wah guitar solo from Giles Corey and Lacocque’s thick-textured harp moans. “Go on and free your mind!” she shouts near the end of “The Blues Matrix,” and on balance you’d have to say a total immersion in Delta Bound is an ideal way to follow her advice. And pray tell why wouldn’t you want to do that? 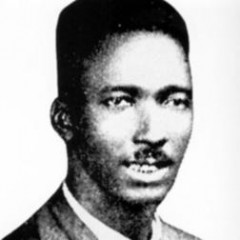