Inez Andrews, the iconic songbird contralto for the Caravans from 1957 to 1962, after which she founded the Andrewettes, and whose solo recording of Doris Akers’ “Lord, Don’t Move My Mountain” was a major gospel and R&B hit, died on December 19 following a long battle with cancer.

“There’s no one left from that era,” said author Anthony Heilbut, whose book The Gospel Sound: Good News and Bad Times is a standard text on the subject. “She was famous for this immense range. She would start soft and then she would zoom up and with tremendous volume hit these piercing notes in natural voice.

“She would build in such a clever way,” Heilbut added. “Her voice would lift, and she would become a preacher. She had a great sense of theater.”

Born Inez McConico in Birmingham, Alabama, on April 14, 1929, Andrews met James Cleveland in Nashville while substituting for Dorothy Love Coates in the Gospel Harmonettes. Cleveland told Albertina Walker about the female singer whose “Soldiers In The Army” tore up the Nashville program. Walker recruited Andrews to the Caravans in 1957. Her first recorded solo with the group was in 1957 with Dorothy Norwood on “Come On Jesus.” She also sang “I’m Not Tired Yet,” “Hold To God’s Unchanging Hands,” and the explosive “Mary, Don’t You Weep.” The arrangement of the latter influenced Aretha Franklin’s version of the song on her classic 1972 album Amazing Grace. “Aretha used to tell Inez that she loved her tops (high notes) and that wailing,” Heilbut said. In gospel performance, Andrews would walk the aisles of churches and auditoriums, calling out for Mary, during the song’s extended vamp.

She sang with the Caravans until 1962, when she organized her own group, the Andrewettes, which included Elizabeth Dargan. The story goes that Peacock’s chief, Don Robey, nicknamed Andrews the “Song Bird,” and that inspired the name for the subsidiary label on which the Andrewettes recorded.

Andrews may be best known, however, for her 1973 crossover solo hit, “Lord, Don’t Move That Mountain,” written by Doris Akers.

At the funeral service for Ms. Andrews held on December 28 at the Apostolic Church of God in Chicago, Pastor Shirley Caesar of the Caravans (who performed with her fellow Caravans Delores Washington and Dorothy Norwood) recalled a priceless Andrews moment:

“One time me, Inez, Delores and Albertina [Walker, the Caravans’ founder] sang in Hartford, Conn.,” she recalled. “We all sat down on this pew. We were rockin’ and singing. We were singing ‘Lord Keep Me Day by Day.’ Inez stood up and shouted, ‘YES!’ and knocked over Albertina.

At a Caravans reunion, Inez Andrews torches ‘Mary Don’t You Weep’ in vintage fashion before doing the same to ‘Sweeping Through the City’

“Delores goes over to Albertina with a white handkerchief. Albertina was stuck between the wall and the pew. I told Albertina to keep the handkerchief over her face to get out. We had a wonderful time.”

Norwood too had her own classic Andrews anecdote, telling the gathered mourners: “When Mrs. Andrews came to Chicago from Alabama, she stayed at Norwood’s apartment on Stony Island Avenue. Before the service, Norwood said, “Eddie Williams [pianist, circa late 1950s] was with us in Virginia. We stopped to get some gas. He dropped a piece of paper by the gas tank. The man told Eddie to pick up the paper. Eddie said he wouldn’t pick it up.

Inez Andres and the Andrewettes, ‘There Must Be a God Somewhere’

“Inez, me and Albertina were in the car. The man aimed a shotgun at [us]. Everybody ducked. Then Inez rolled down the window and said, ‘I’ll pick it up.’ She humbled herself. As we pulled away, she said, ‘I’m from the South. They’ll kill you down here.’”

Also known as “The High Priestess of Gospel” for her regal bearing and no-nonsense singing style, Inez Andrews was selected to receive the Ambassador Dr. Bobby Jones Legends Award at the 2013 Stellar Awards Ceremony, to be held next month.

It was left to Pastor Caesar to offer the melancholy postscript to the homegoing noting that with the deaths of Mrs. Andrews, Ms. Walker, the Rev. James Cleveland and other early members, “it seems the Caravans are kind of waning now.” 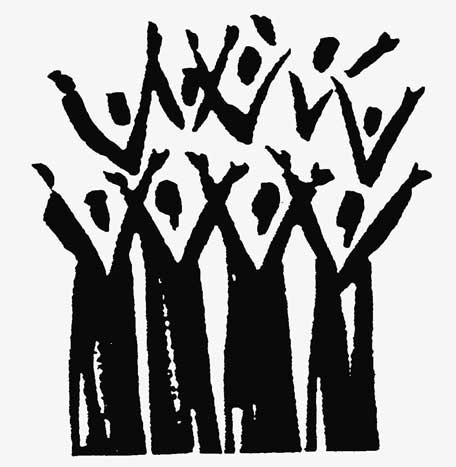 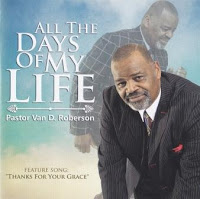 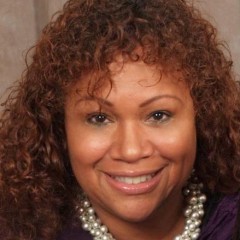