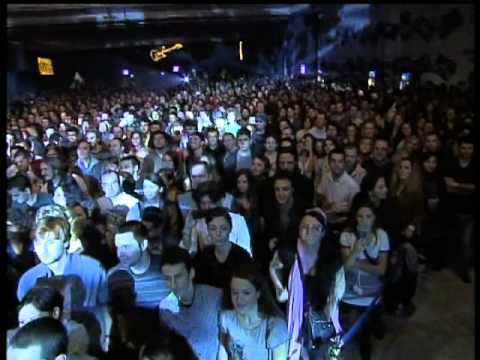 BLUES BEYOND BORDERS: LIVE IN ISTANBUL

In the midst of a rollicking, Professor Longhair-style romp through “Mojo Mambo,” Mitch Woods shouts to the audience assembled for this live album, “We’re gonna radiate on the 88s right now!” He proceeds to do just that, with flair and energy to spare, and spices up the workout with his own swaggering, good-time vocal, in an arrangement given further fuel by Amandee Castanell’s exuberant sax support.

Radiating on the 88s is something Woods does with boundless energy, unbridled enthusiasm, absolute musical mastery and a deep sense of musical history as a living, breathing entity on his rousing new CD/DVD set, Blues Beyond Borders: Live in Istanbul. He’s not doing this alone, mind you: all of the above attributes describe what the members of his band, the Rocket 88s, bring to the party as well. Guitarist Adam Gabriel, bassist Cornell Williams, the unstoppable sax man Amadee Castanell and drummer Larry Vann simply rock the house, or many houses, as the CD/DVD captures performances from the group’s tour of Turkey in October 2010 with the Efes Blues Festival, encompassing 26 shows in 20 cities in a five-week span. “It made me realize we are musical ambassadors,” Woods says of the overseas jaunt on the DVD, “able to cross cultural, religious and musical borders that most people cannot. On this journey, I realized in my heart and soul that music truly crosses all boundaries.”

In a secular country that is 99 percent Muslim and in which, as Woods says, “the blues is everywhere,” the boogie woogie piano master and the Rocket 88s give the enthusiastic audiences a taste of classic blues and R&B, originals and evergreens, reflecting the diversity of these styles within the confines of the lower 48. New Orleans figures n the mix with, in addition to Woods’s own “Mojo Mambo,” Rene Leon’s bayou blazer, “Crawfishin’” and a 10-minutes-plus opus centered on Prof Longhair’s rousing, slightly suggestive barnburner “In the Night” (with guitarist Gabriel and sax man Castenell making the most of their star solo turns before Woods comes storming in with some stellar Longhair-style riffing), which Woods pairs an extended Larry Vann drum solo, which in turn sets up a crowd pleasing foray into a border crossing interpretation of a traditional Turkish tune, “Lambaya Puf De,” that takes wing on the strength of Gabriel’s piercing guitar solo, all of which sets up Woods to radiate on the 88s again and bring it all back home to the Crescent City; jump blues is present and accounted for by way of a sizzling take on Roy Milton’s “What Can I Do”; given the band’s name, it’s only fitting it should roll out Jackie Brenston’s “Rocket 88,” giving the old warhorse a freshening up that emulates the original Sun single’s driving pulse even as Woods sneaks in some Jerry Lee Lewis flourishes on the keys.

Radiating on the 88s: At the Frederikshavn Blues Festival 2007, Mitch Woods and band perform his song ‘Mojo Mambo,’ which is also featured on the Blues Beyond Borders CD/DVD release.

Thus some of the enduring pleasures of Blues Beyond Borders. If you want quiet and reflective, put on Sinatra’s In the Wee Small Hours or No One Cares; Mitch Woods and company exist to let the good times roll, and there is both aural and visual evidence (the DVD includes a number of interesting extra features too) that the fellows did just that, in grand style, on the Efes Blues Festival tour. And at under $20, this package does justice to the phrase “more bang for your buck.” 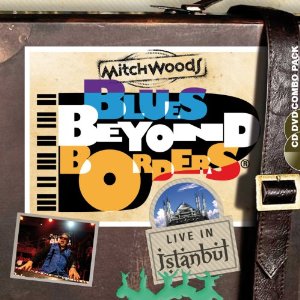 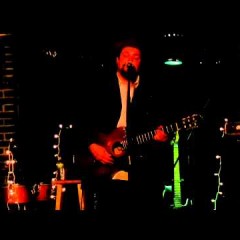