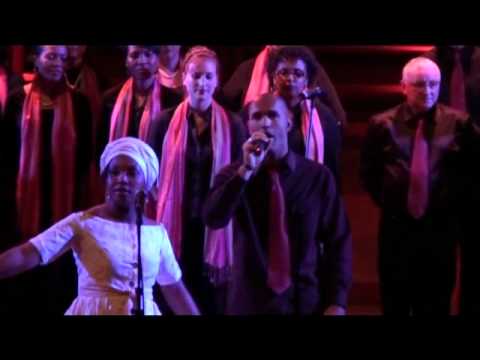 Forget taking back America. It’s time to take back “Kumbaya.”

In the heat of the 2008 presidential race, the popular conservative blog Red State lambasted candidate Barack Obama’s remarks during a Berlin appearance as a “Kumbaya speech” filled with “nothing but platitudes and leftist, and multicultural, rah-rah.” The previous week, the NY Post, Rupert Murdoch’s house organ, had bannered, “Kumbaya Can’t Fight Terror.”

Thousands of ironic Kumbaya references later, the press and Republicans are still at it. The Washington Post’s Chris Cillizza called president Obama’s 2012 State of the Union address, “Confrontation wrapped in Kumbaya.” “Singing ‘Kumbaya’ is not a foreign policy strategy,” said GOP presidential hopeful Herman Cain, a man who embarrassed everyone but himself when he was paralyzed by a simple question about Libya.

Never mind that there never was anything remotely resembling a Kumbaya era. On right-wing blogs, grave commentators accused the president of operating from an anti-colonial bias inherited from his father, of hating America and working hard to reduce it to a Third World country.

Kumbaya abuse isn’t limited to conservatives. A blogger for the lefty website Daily Kos begged her audience to, “Stop the Kumbaya. I don’t want to break bread with conservatives, I want to destroy them.” Matt Miller, the center on KCRW’s weekly radio show “Left, Right and Center,” made no less than three references to “fiscal cliff Kumbaya” on last week’s program. And Barack Obama himself has said, “The politics of hope is not about holding hands and singing, ‘Kumbaya.'”

Caught in the thickets of sarcasm and ridicule, the real “Kumbaya”–a beautiful anti-oppression spiritual with century-old roots in Black Christianity that petitions God to “Come By Here”–has gone MIA.

The Seekers, ‘Kumbaya,’ at their 25th Anniversary concert

That Kumbaya has become a catchall for insincere platitudes shouldn’t be all that shocking. Genuine expressions of peace and brotherhood are hard to come by these days. We need look no further than the deeply cynical campaign of Mitt Romney, who reached a new low during the third presidential debate when he abruptly sought to shed his warmonger image. Romney had earlier dismissed the entire environmental movement when he told GOP convention-goers,”President Obama promised to begin to slow the rise of the oceans and to heal the planet. My promise… is to help you and your family.”

Thank the Lord Romney lost the election. And while this hardly signals the dawning of a harmonious era, or even a harmonious moment–witness Romney’s explanation (eagerly embraced by Limbaugh, O’Reilly and company) that the president won by bribing women, Latinos and blacks–it’s a good excuse for reclaiming the power in the music of “Kumbaya.”

Dr. Vincent Harding, a theologian and speechwriter for Dr. Martin Luther King, witnessed the power of “Kumbaya” in 1964, when students and other activists risked and in some cases gave their lives in Mississippi, at that time ground zero in the civil rights struggle.

“In group after group,” Harding says, “people were singing ‘Kumbaya.’ I could never laugh at ‘Kumbaya moments’ after that. Because…this whole group of people had committed themselves and a great part of the reason why they were able to do that was because of the strength and the power and the commitment that had been gained through that experience of just singing together, ‘Kumbaya.'” (Hat tip to Wendy Schuman.)

Nick Lowe, ‘What’s So Funny About Peace, Love and Understanding

A reversal of Kumbaya’s sincerity-to-irony trajectory can be found in the 1970s classic “(What’s So Funny) ‘Bout Peace, Love and Understanding.” It was written by Nick Lowe early in the decade as a sincere paean to the hippie/Make Love Not War ’60s. By 1978, the world seemed an angrier place, and Lowe produced Elvis Costello’s brilliant transformation of the song into a scathing indictment of post-’60s cynicism, an anthemic reminder that there’s nothing “funny”–read embarrassing, stupid or unrealistic–about striving for peace and harmony. These days, Lowe often performs “What’s So Funny” straightforwardly as an encore, and the crowd sings along, as hushed and reverent as a group of hand-holding bunkmates around a crackling campfire.

If Kumbaya abuse has been so deep that the mere sound of the word hurts your ears, try this: Sit quietly for a couple of minutes, watching your breath go in and out. Then conjure a peaceful scene–maybe you’re that camper sitting around fire enjoying a s’more when your counselor begins to sing an otherworldly tune; as you and your friends join in, you feel the glow of brotherhood and see everything–except maybe the mosquitoes–a little differently.

It works that way even now, in our grownup years: when we feel threatened by such mosquitoes as politics, job anxiety, or physical health. In these moments, a little sincerity–a little Kumbaya–can bring a measure of peace. 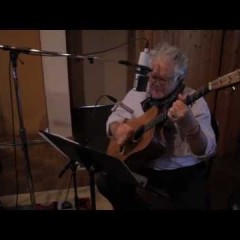